August 30, 2021
Biden Wakes Up From Bizarre Dream That He Was Talking To Israel's Prime Minister

WASHINGTON, D.C—President Joe Biden has recently awoken from his second afternoon nap where he says he spoke to the new Israeli Prime Minister, Naftali Bennett.

“It was the strangest thing. I dreamed we were in the White House, and I… I was the President!” said Biden. “And there I was, speaking to the new Israeli Prime Minister.”

“I can’t remember everything we talked about, but it was something about booster seats, and polio vaccines,” continued Biden. “But my dog Major was there too at one point. And then there was this woman cackling in the background the whole time.”

“Now look man, it’s true like for real!” said Biden as he was being led out into another room. “I was the most powerful man in the world, but I kept forgetting speeches, and falling up stairs. I lost a war, and let our border get overrun. And Trump somehow made gas prices go up, but everyone still missed him somehow and—"

At this point, he seemed to fall asleep. When he awoke several hours later, he said he dreamed that he had a nightmare where he had checked his watch during the arrival of the remains of the thirteen Marines that were killed in Afghanistan due to his incompetence. 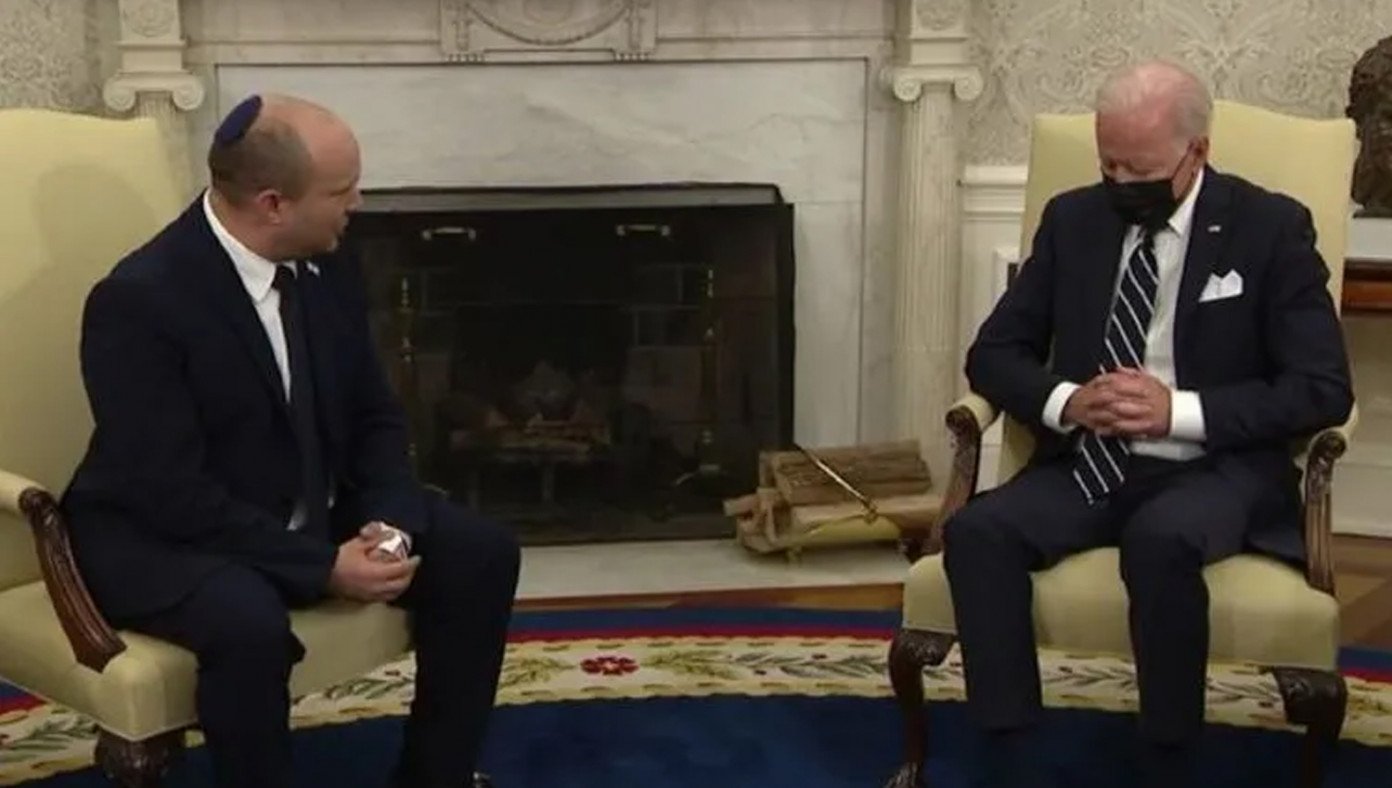