WASHINGTON, D.C.—The nation's capital is in turmoil today after a White House aide accidentally pulled the large metal safety pin on Biden's back which was being used to hold his entire bodily structure together.

"Oh, hey sir, you have a metal thing stuck in your coat," said Marcus Jackson as he reached out for the shiny object.

"NNOOOoooooooooo!" cried three Secret Service agents as they rushed in to stop the disaster. Unfortunately, it was too late. Jackon pulled the pin, causing all of Biden's arms and legs to fall off, as well as his head.

Critics have blamed the White House Chief of Staff for not properly briefing all employees on the importance of never touching that pin, which was installed to help Biden hold together after his head fell off while eating ice cream last week.

Biden's medical team has gathered all the president's men to try to reassemble the president, but they have so far been unable to put Biden back together again.

Sources say the crisis has deepened, as Biden's dog Major has run off with his left leg in his mouth and has not yet been found. 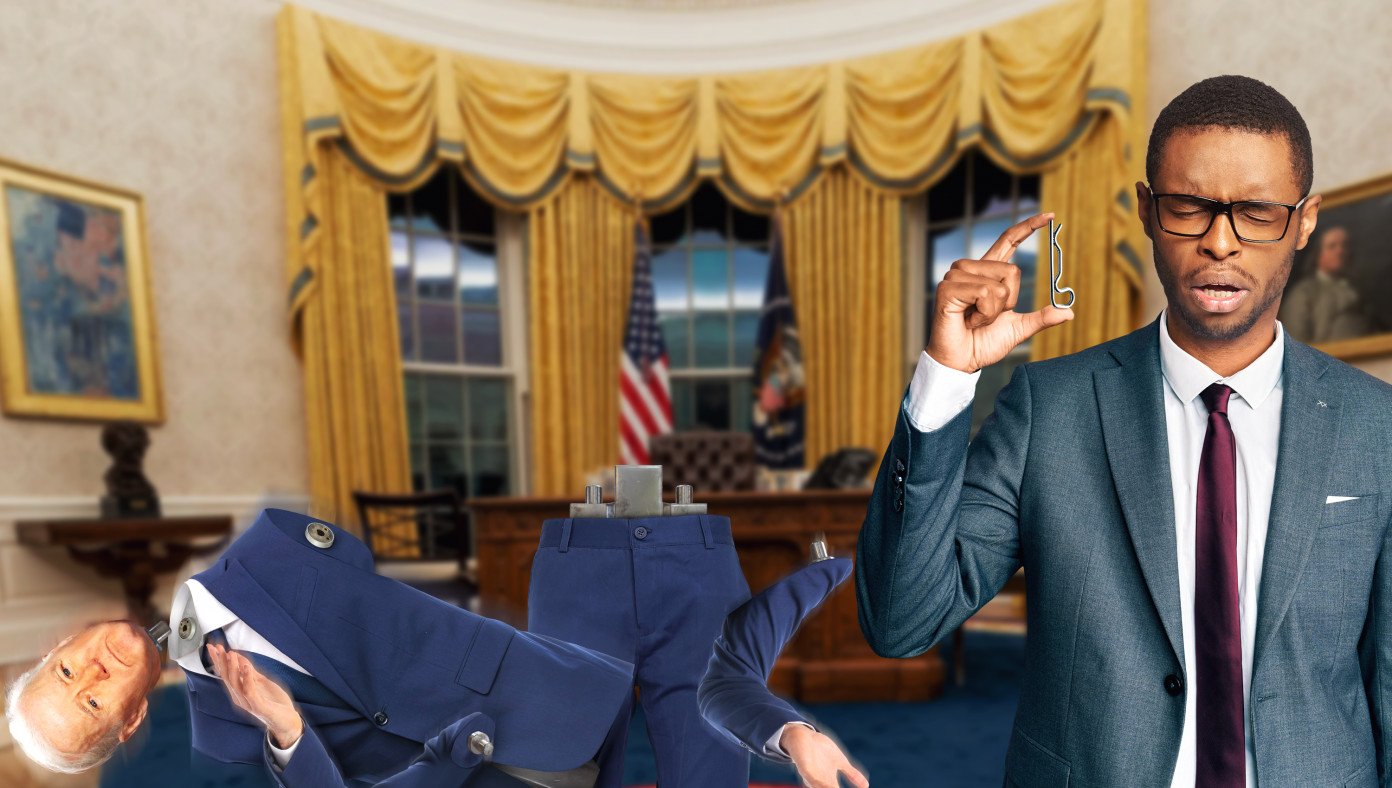