NEW YORK, NY—Rolling Stone has nabbed an exclusive report on the whereabouts of Bat Boy. The 100% true, incredible, shocking article was published as a cover story this month by the reputable magazine, trusted by all for its impeccable fact-checking and vetting process, leading to stories that are not just true, but "double-plus true."

The gripping profile of the pariah Bat Boy chronicled his journey from being born a mutant half-boy, half-bat, to being captured by a shadowy scientific organization run by the United States government, to escaping again, to being captured again, to escaping again, and so on. According to the story, Bat Boy has led a roller coaster of a life since he was first discovered in 1992.

"Yeah, this guy reached out on the phone and said he wanted to tell us his story, and it turned out it was Bat Boy," said Rolling Stone writer Peter Wade. "We didn't really fact-check it or anything, because he did kinda sound like a bat. He screeched and stuff. So we were pretty sure it was true. Anyway, yeah, it was a pretty riveting story. I guess he might have been involved with the whole Wuhan thing, and then he spent a few years finding himself out in the wild, traveling, seeing the sights. He worked at a Portland coffee shop for a few years, and no one batted an eye. We're excited to share his unbelievable but true story with the world at last."

The issue is available on store shelves now, right next to other tabloids like Weekly World News, the National Enquirer, and The New York Times.

UPDATE: The entire story has been retracted as it was entirely made up. Rolling Stone says the error is probably Trump's fault. 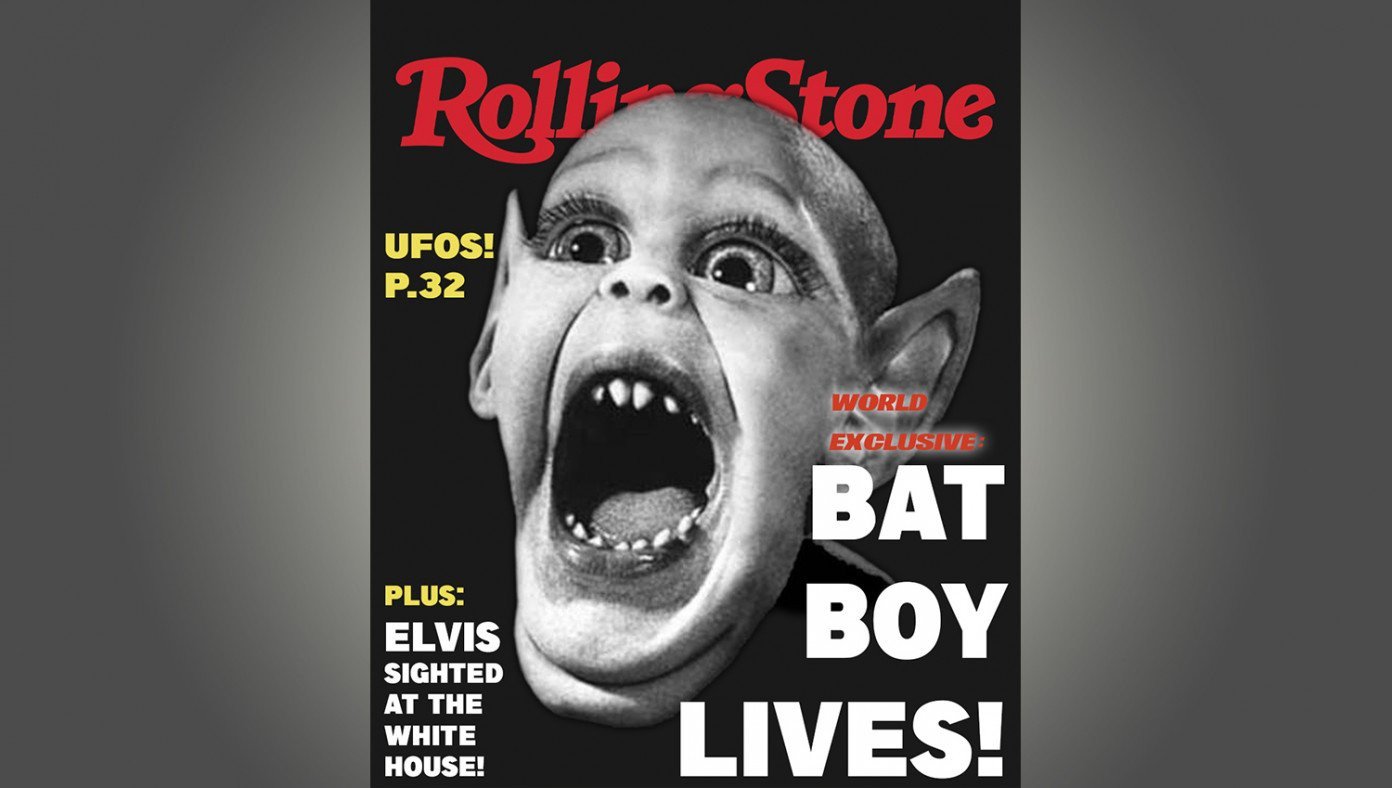