SHANKSVILLE, PA—In a stirring speech at the Flight 93 Memorial yesterday, some guy who started two wars called for more civility.

"Yes, I may have started two foreign wars on false pretenses that wasted trillions of dollars and killed hundreds of thousands of innocent people," said the guy whose name we can't remember at the moment. "However, it's important to understand the real threats to our great nation are the people who took selfies in the Capitol building a few months ago. Those Trump supporters are children of the same foul spirit as Al Qaeda and they must be brought to justice."

The Trump supporters, who had sent sons and daughters to fight and die in this guy's war for 20 years in exchange for being insulted, mistreated, pushed from their manufacturing jobs, and called racist, responded to the speech in a very frightening and uncivil way by saying "Boooooooo."

Thanks to the sweeping and intrusive Patriot Act surveillance measures enacted by the Texas-sounding guy on stage, the evil uncivil hecklers were discovered and quickly detained by the FBI and thrown in prison awaiting trial in 2-10 years.

President Biden was reportedly so inspired by the speech that he ordered another drone strike of foreign aid workers in Afghanistan. 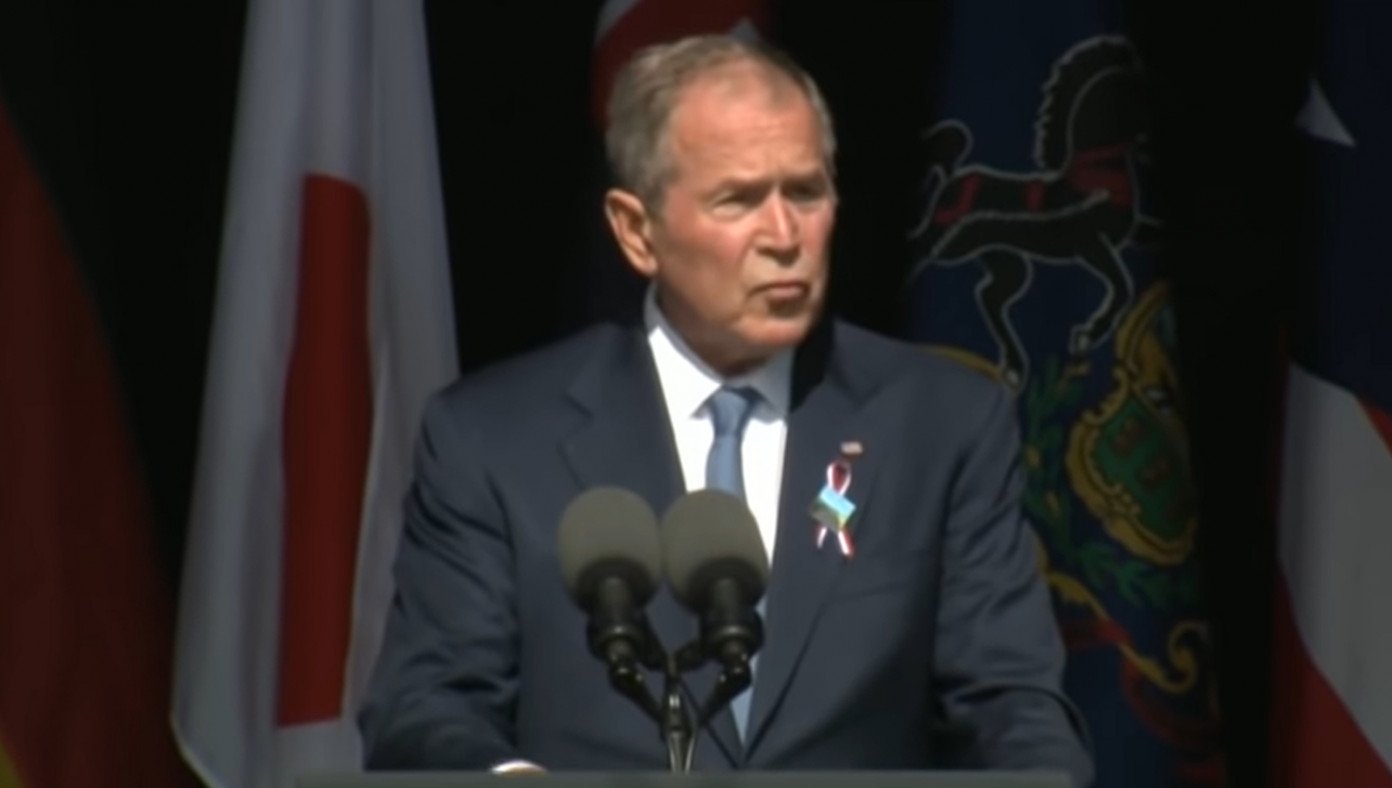