WASHINGTON, D.C.—A tranquil morning at the Democratic Party headquarters this morning was interrupted by a sudden piercing sound: the "Black People Expressing Unapproved Opinions" alarms installed throughout the building.

Whenever a person of color expresses an opinion that has not been expressly approved by the Party, the alarms warn Democrats that they need to get that black person back in line. It's gone off many times over the years, with black people such as Kanye West, Larry Elder, and Martin Luther King, Jr. having triggered the siren.

Democrats immediately scrambled to their battle stations to do damage control over the rogue thought.

"This kind of independent thought cannot go unchecked," Nancy Pelosi said in an emergency meeting of Democratic leaders. "This woman of color is saying something she believes that we have not approved -- we need to get her back safely within the boundaries we have set for black people to think in."

"How are we going to stop her?" screamed one frantic aide. "This is destroying our entire narrative!"

At publishing time, Democrats had announced their plan to strip Nicki Minaj of her "brave woman of color" status and treat her as they would a cishet white male. 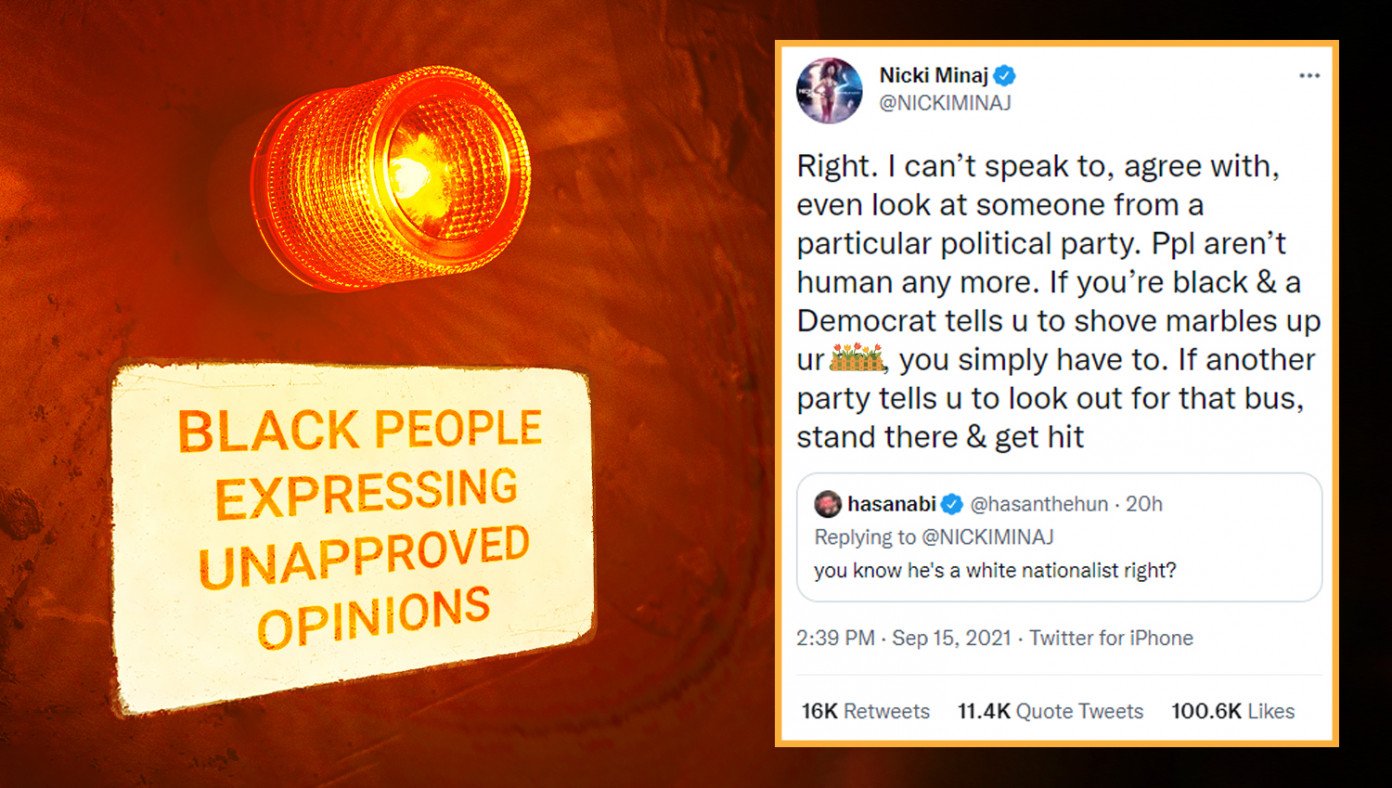