LOS ANGELES, CA—One day after Governor Newsom fended off recall and secured the continuation of his reign, swarms of Californians descended upon Los Angeles International Airport desperate to escape. As planes filled and people began getting turned away, mothers attempted to pass their babies over the fence of the tarmac, and others clung to the landing gear of the last departing planes.

Timothy Sawchuck of Pomona, who released his grip on the landing gear just before it became too late, said, “Grabbing the landing gear is what you do when you’re fleeing an authoritarian regime, right? I’m pretty sure I saw that on TV recently.” When asked why he felt such urgency to get out of California, he explained: “Newsom has been playing it cool during the recall, but now all bets are off. There’s going to be lockdowns, water rationing, power outages—all that third-world stuff California has become famous for.”

Rebecca Anderson of Encino agreed: “Fire season is coming. From what I’ve seen, Newsom spent all his time preparing for that by calling Larry Elder a white supremacist and claiming that he was running against Donald Trump. Not sure how that’s going to thin out the dead trees and brush. I have to get out of here before the rest of the state goes up in flames!”

Those lucky enough to make it out are being transported to military bases around the country to await relocation to one of the remaining states that have not been completely run into the ground. 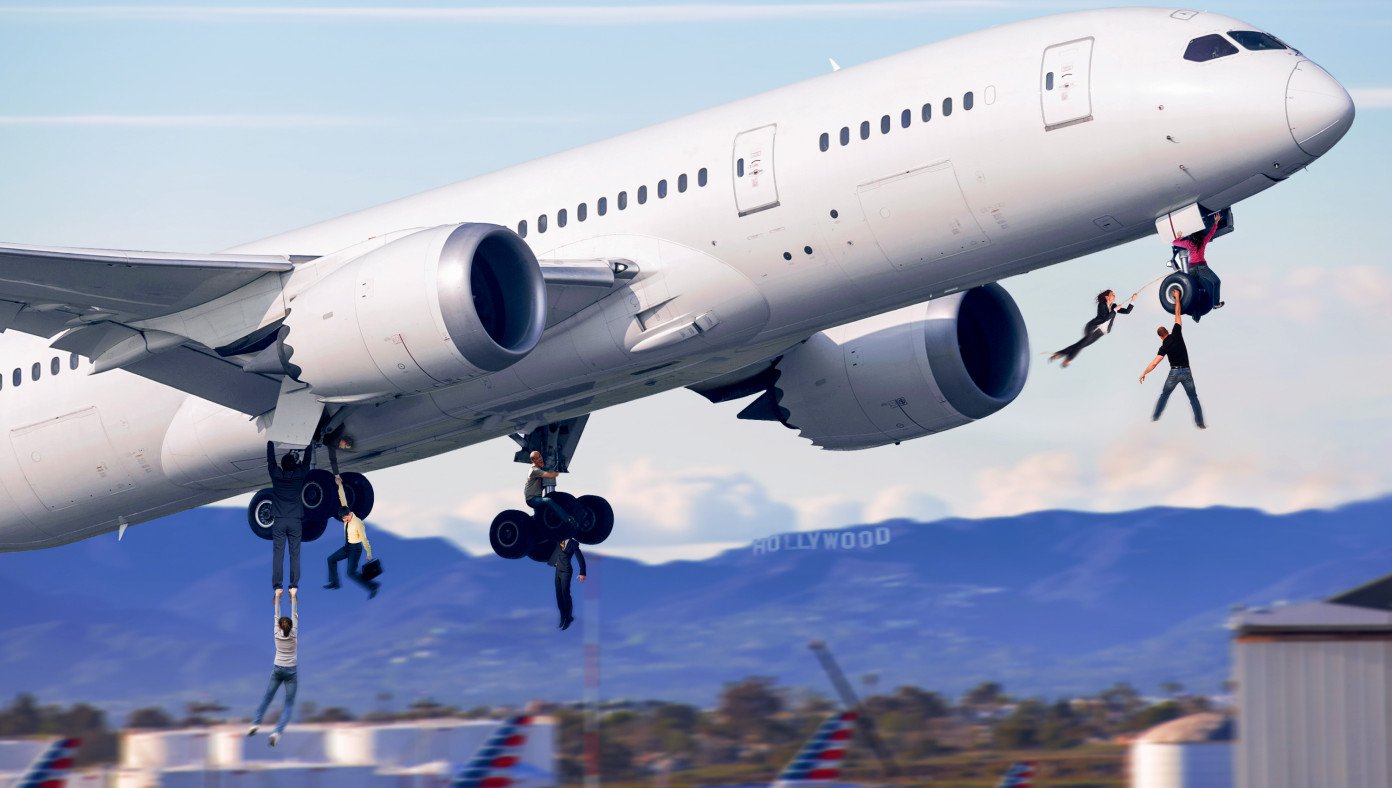