WASHINGTON, D.C.—After journalists almost got close to thinking about asking President Biden a question, aides mounted up and drove away the frightened press corps with the terrible lashes of many whips.

“Mush! Andalé!” shouted Biden’s cavalry as the press gaggle scattered, screaming in shock. “Time’s up! Back where you came from, you ingrates!”

The journalists fled in terror before the new White House unit known as the "Horsemen Of Decency". Biden sat taking everything in, wide-eyed and unmoving, like a sloth that died several days prior. The British press stared in amazement, having not witnessed such a rout since a journalist asked Meghan Markle how great it is to be a royal rich girl.

“But—but we were supposed to be on the same team!” shouted CNN’s Kaitlan Collins as she dodged whips. “Bad Joe, Bad! Help, help!”

Biden only blinked in response, his only sign of consciousness. The horse brigade pursued the journalists across the Rose Garden, cackling with delight. The Press Corps ran to tell on Biden to their dear mother Jen, who patted their heads and gave them each a cookie - except, of course, that jerk Peter Doocy. 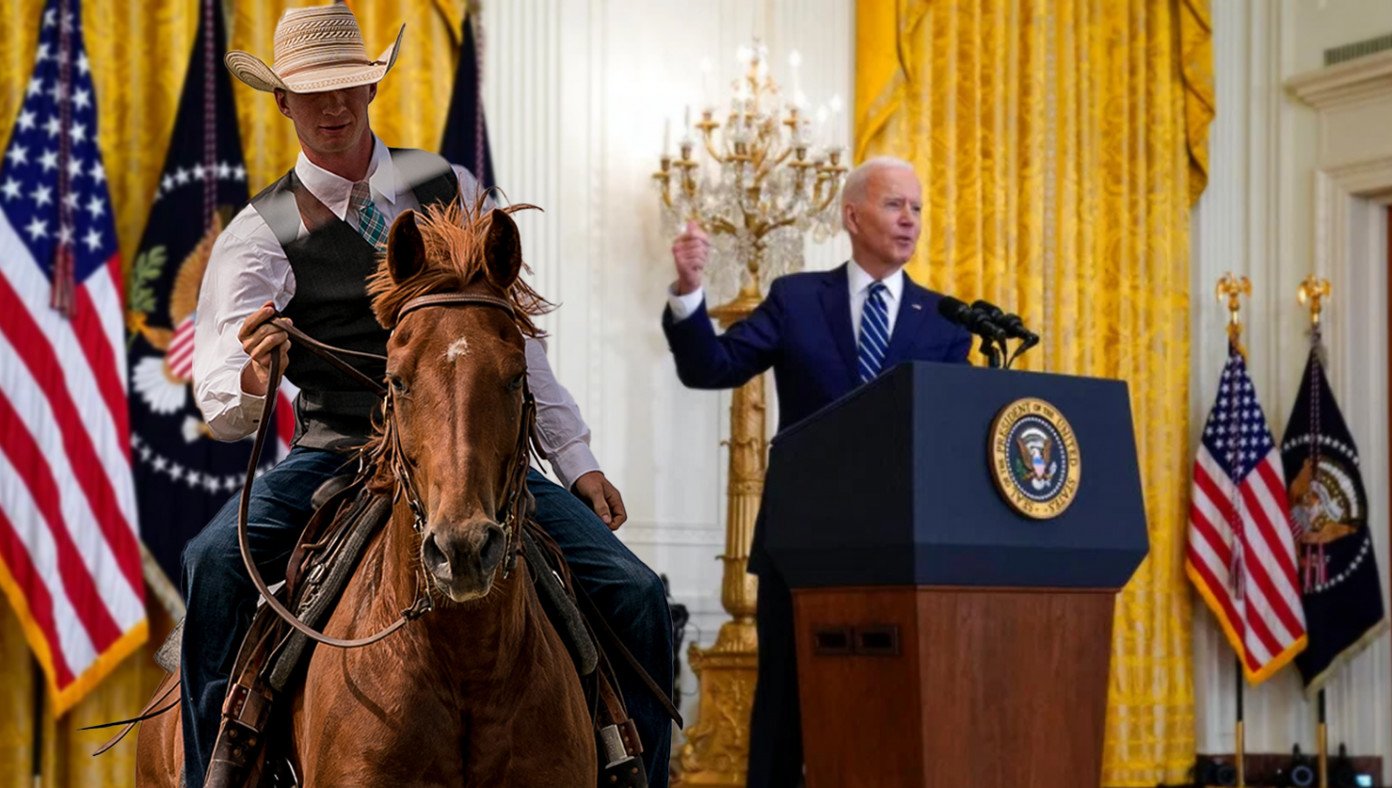