WASHINGTON, D.C.—Representative Alexandria Ocasio-Cortez took the fight to tax the wealthy to the streets today with the unveiling of her custom-made, $100,000 "Tax the Rich" Tesla.

The limited-edition, high-end electric car sports a custom "Tax the Rich" decal designed by a wealthy millionaire socialist. Ocasio-Cortez says she hopes it will make a "powerful statement" about wealth inequality in our society while she's driving around town or illegally parked in front of Whole Foods picking up $8 kombuchas. Only 500 of them will be released, as it's "very exclusive" and "only for people who are very, like, serious about taxing the rich and who can afford it. We don't want riffraff promoting this message, you know."

"We need to like, tax the rich, and, like, make sure they pay their fair share," AOC said to reporters as she unveiled the custom car in front of her posh D.C. apartment, complete with leather couches, expensive rugs, and even a garbage disposal. "When I'm driving through D.C. to my appointments with rich lobbyists and stuff, I'm totally going to just massively own the rich with this thing. They'll be like, 'Oh man, she's right! We should be taxed!' as I fly by them in the express lane."

After her team-up with Tesla to release the custom model, Ocasio-Cortez says she is working on a custom "Tax the Rich" Bentley, a "Tax the Rich" Gulfstream, and a private island terraformed to read "Tax the Rich." 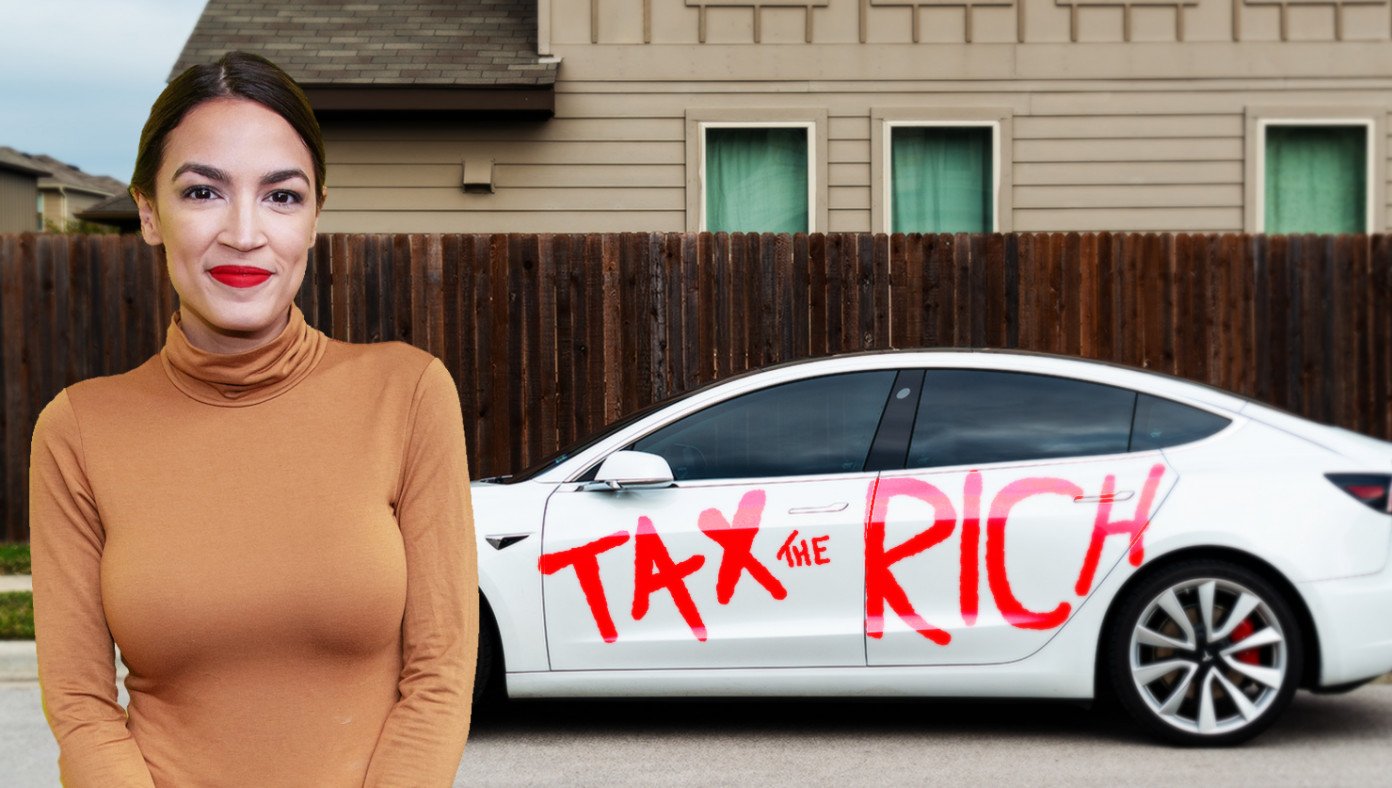