September 27, 2021
AOC Weeps After Learning That Voting 'Present' Doesn't Mean She Gets Presents

WASHINGTON, D.C.—Alexandria Ocasio-Cortez, the world's smartest socialist, broke down weeping on the House floor yesterday after learning that her vote of "present" on Iron Dome funding for Israel did not in fact mean that she gets to open some presents.

Ocasio-Cortez voted "present" on the bill and then excitedly asked her peers when she would receive her present.

"Do they, like, mail them? Or do I get to open it now? What's inside?" she asked Representative Ilhan Omar.

"We're not talking to you," Omar said, folding her arms. "You're not invited to the sleepover tonight anymore. You voted present, which means you don't want to kill the Jews."

"What?" said a horrified Ocasio-Cortez. "It doesn't mean I get presents?"

She then broke down crying. "All for naught! All for naught!" she cried. "I, like, totally would have voted against the Dome if I had realized I wouldn't get a present."

After taking a deep breath and calming down, Ocasio-Cortez tried to exit the Capitol but ran into the closed screen door (because she is so stupid). 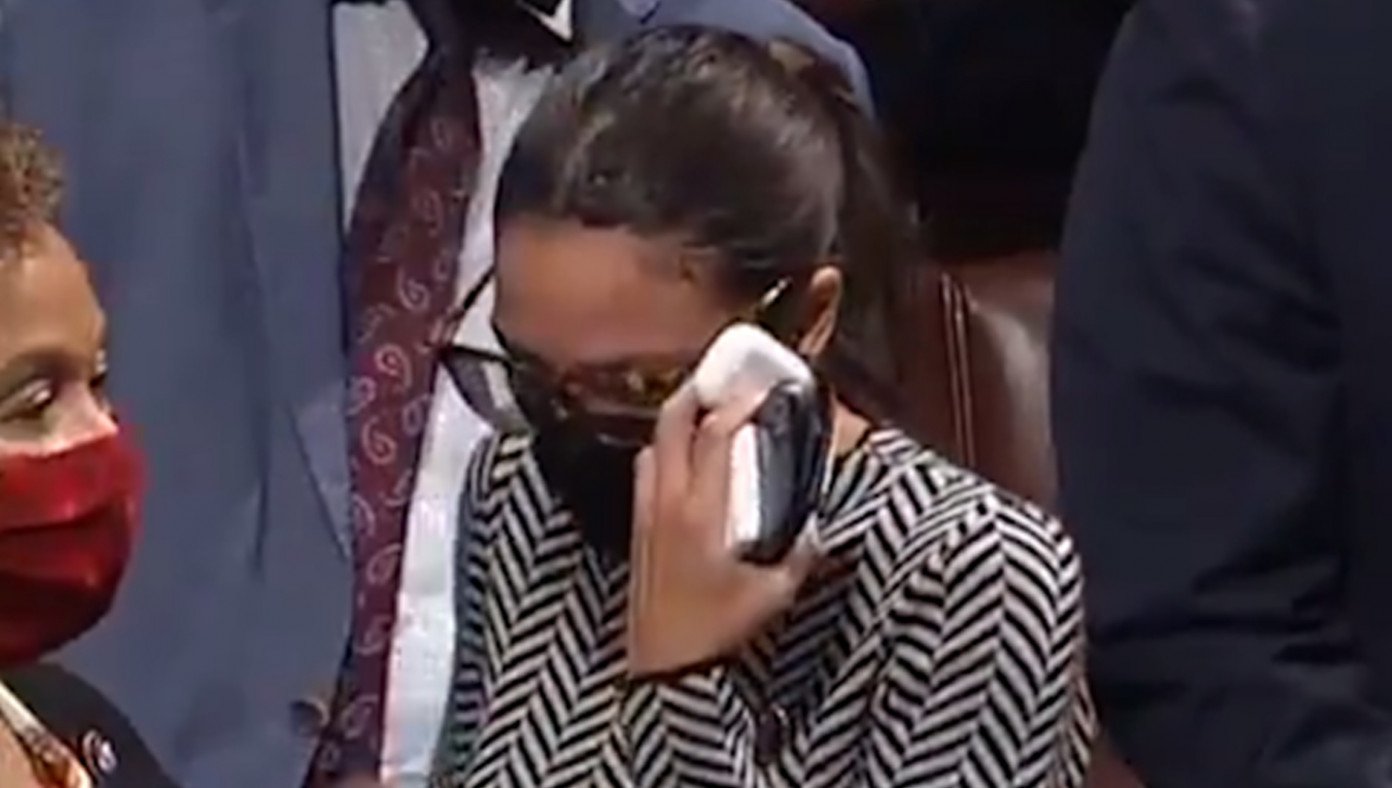