WASHINGTON, D.C.—With his "Build Back Better" agenda in jeopardy, President Biden has begun following various congresswomen into the restroom to negotiate the bill.

"This is all just part of the process folks, it happens to everybody," he said as he followed Senator Lisa Murkowski into the restroom with a cell phone camera. "This is how we conduct negotiations around here, Jack!"

"Every woman that knows me personally has had a guy follow them into the restroom," he continued. "Every single one! But hey, that's why I always liked to hang out by the locker rooms, a great place to meet the ladies. And then you get close enough to smell some hair, show the leg hair, it's all part of politics! Hey, look there at that little one, that girl in the front row, hey cutie! How old are you and your pigtails?" Biden asked as the girl ran screaming.

According to sources, Biden is also following men into the restroom, giving them a choice to either vote for his bill, or get a chain wrapped around their heads.

While some liberals did express a bit of discomfort with filming women as they used the restroom, most felt Senator Sinema really had brought this on herself. 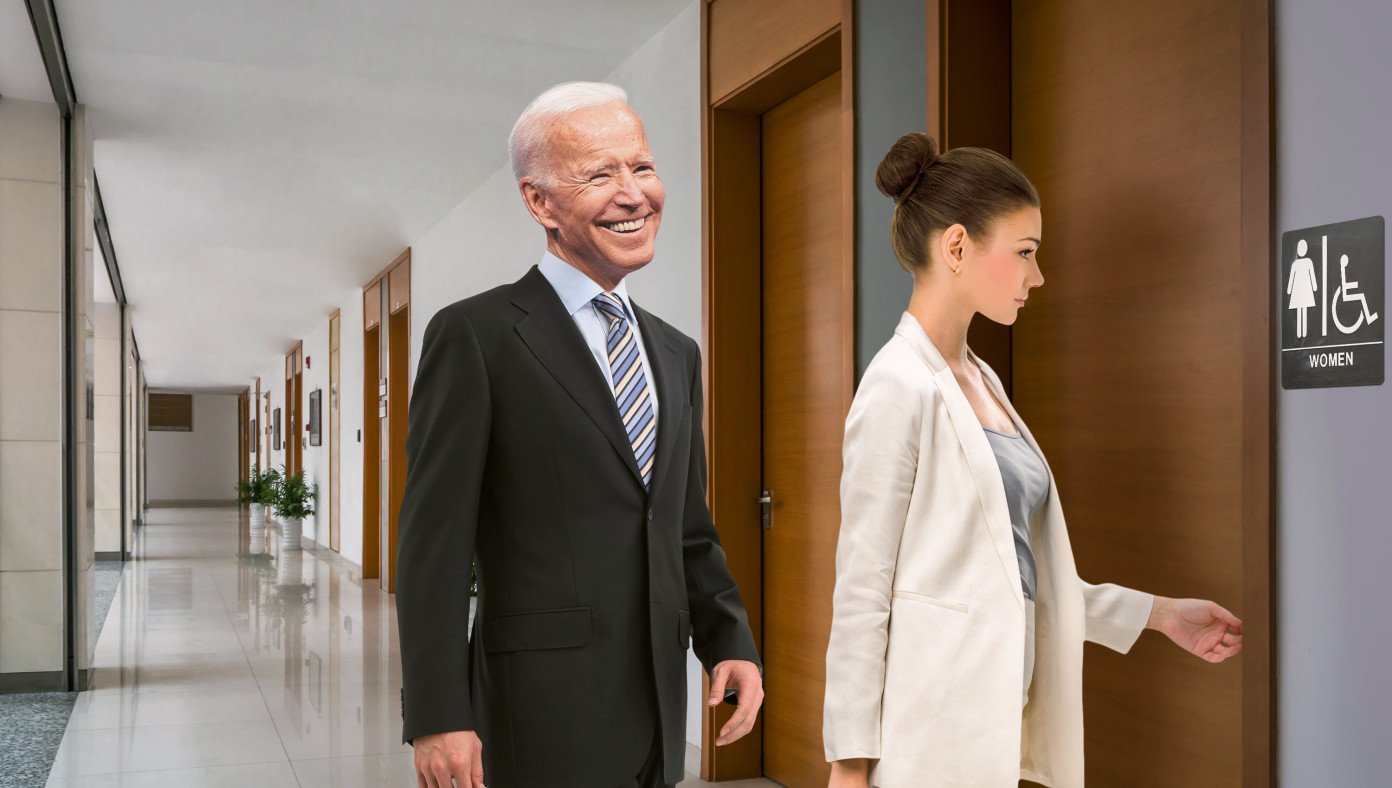