October 06, 2021
Convenient: 'Monopoly' Will Now Include Divorce Papers Right In The Box

PAWTUCKET, RI—Well, this is convenient! Hasbro has announced that to make things fast and easy for couples playing Monopoly together, the popular mass-market board game will now include divorce papers right in the box.

All copies of the game shipped in North America will include the papers, as well as copies of Diplomacy and Risk. Other publishers are following suit with games like Settlers of Catan and The Resistance including divorce papers as well.

"This should make it easy on everyone," said Hasbro representative Javier Lopez. "Now you don't have to mess around trying to find the appropriate petition for divorce form for your state. We'll have the right forms for you in the box, tucked right into the rulebook."

Hasbro says they hope this will make for fun, action-packed game nights with the family that end in couples sobbing, flipping the board, screaming "I never loved you!", and finally, dissolving their marriage for good. So, "it will be just like regular game night but with easier paperwork," according to Lopez.

The number of divorce filings has skyrocketed since the move. At publishing time, Nintendo had confirmed that divorce papers would also be included in all copies of Mario Kart moving forward. 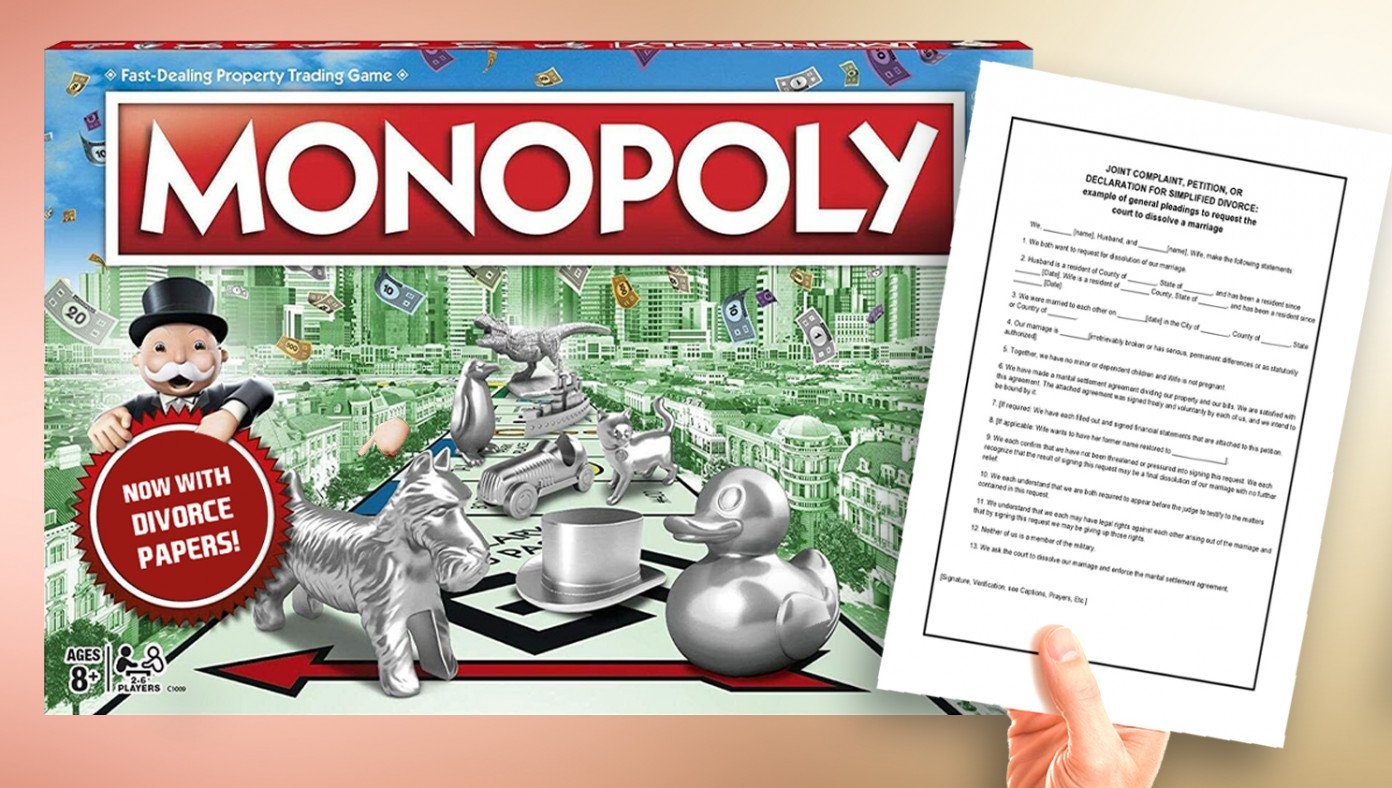