October 07, 2021
Top Democrats Make One Last Plea To Sinema In Her Shower

WASHINGTON, D.C.—President Biden’s spending bill is in jeopardy unless Democrats can get Senator Kyrsten Sinema on board. They’ve mostly used activists to hound her and try to get her vote, screaming at her wherever she is. In one last-ditch effort, though, several top Democrats made their final plea to Sinema.

Sinema, thinking she was alone during her morning shower, felt a tap on her shoulder. “We need to talk about the $3.5 trillion social spending bill,” said Senate Majority Leader Chuck Schumer.

What followed was a series of shrieks and screams from Sinema.

“Did we catch you at a bad time?” asked Speaker Nancy Pelosi.

“GET OUT!” Sinema screamed.

“Okay, I know this is a little inconvenient for you,” said Schumer, “but it’s a really important bill.”

“This is beyond inappropriate!” Sinema yelled.

“It’s got stuff on climate change and immigration, I think,” said Pelosi. “Let’s ask the lobbyist.”

A lobbyist stepped into the shower holding up a phone. “Spending lots of money is great!” he said. “Spend lots of money!”

“Is he filming this?” Sinema asked.

“It’s going to be on Tik Tok,” Schumer answered. “Kids love that.”

“I’m going to have all you pervs arrested!”

“Hey, it’s a really important bill,” Schumer explained. “More important than your privacy, because if it doesn’t get passed... then... uh...”

“Yeah, bad things,” Schumer said. “Because whatever the bill is funding doesn't get funded.”

A smiling President Biden stepped into the shower. “Hey, Kyrsten!”

“Did you have something to add to the argument for the bill?” Schumer asked. 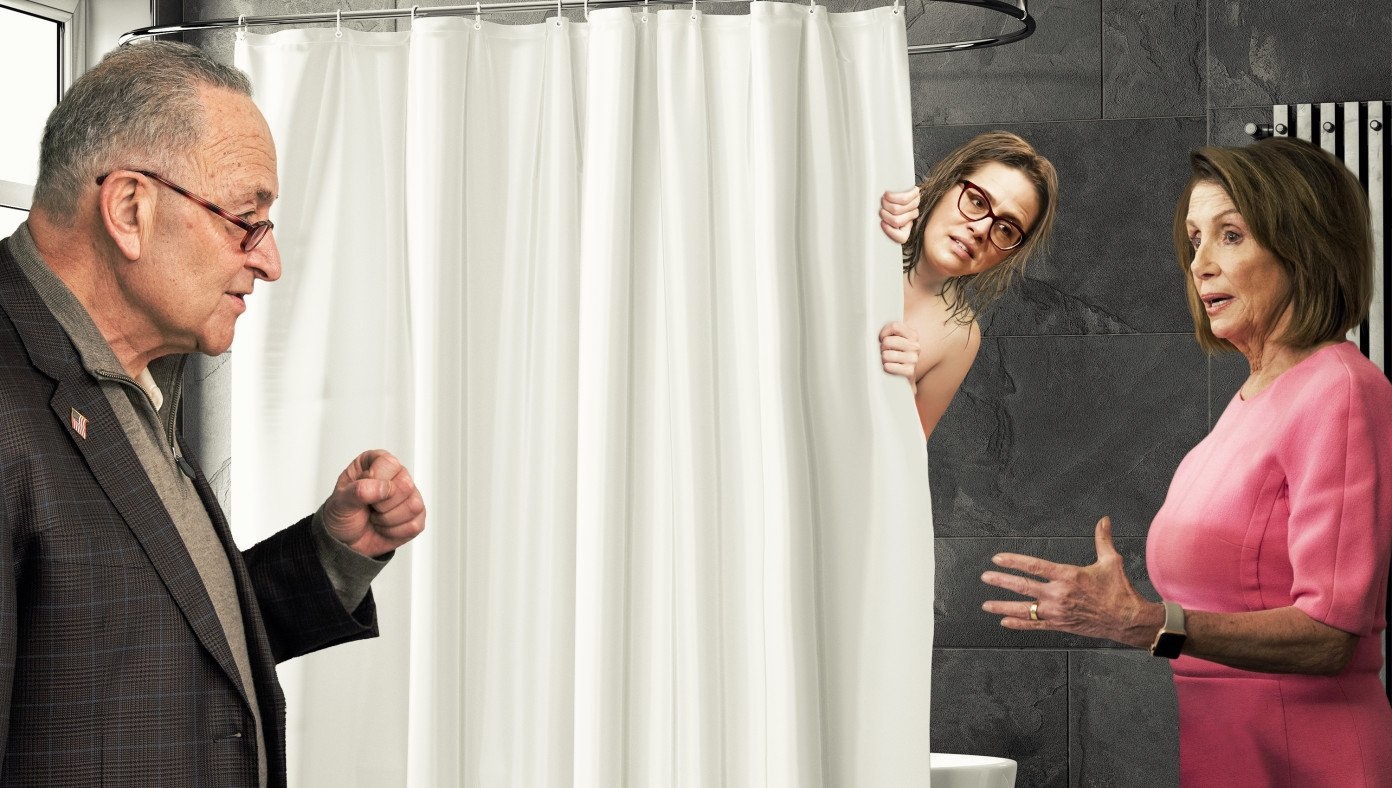