Shatner was one of four people aboard Jeff Bezos’s cucumber-shaped Blue Origin rocket as it soared to the edge of the atmosphere, offering breathtaking views and a few minutes of weightlessness. The shaft of the eggplant-shaped craft then detached and passengers floated back to earth. The mission seemed to be a success, but concerned witnesses said something about Shatner seemed off.

"He seemed…evil," said another crew member. "And he had a black goatee that really added to his evil look."

After attempting to sabotage the next flight by removing the inertial dampeners and randomly attacking a civilian in a red shirt, Shatner declared that West Texas, where he landed, was “now part of the Terran Empire.” When Bezos attempted to congratulate him on his journey, Shatner cracked a bunch of bald jokes and mocked Bezos for being only the second richest person in the world.

Experts theorize that somewhere in the lower atmosphere, the mushroom-shaped vessel encountered a disruption in the space/time continuum, and the William Shatner from our reality was replaced by a sinister William Shatner from a parallel timeline. Worst of all, the mirror Shatner is almost indistinguishable from our William Shatner, save his striking goatee and big, thick, evil eyebrows.

Thankfully, the threat posed by evil William Shatner is predicted to be short-lived since, like the real William Shatner, he is 90 years old. Due to his age, he will probably return to the heavens soon, and this time not in a bratwurst-shaped spacecraft. 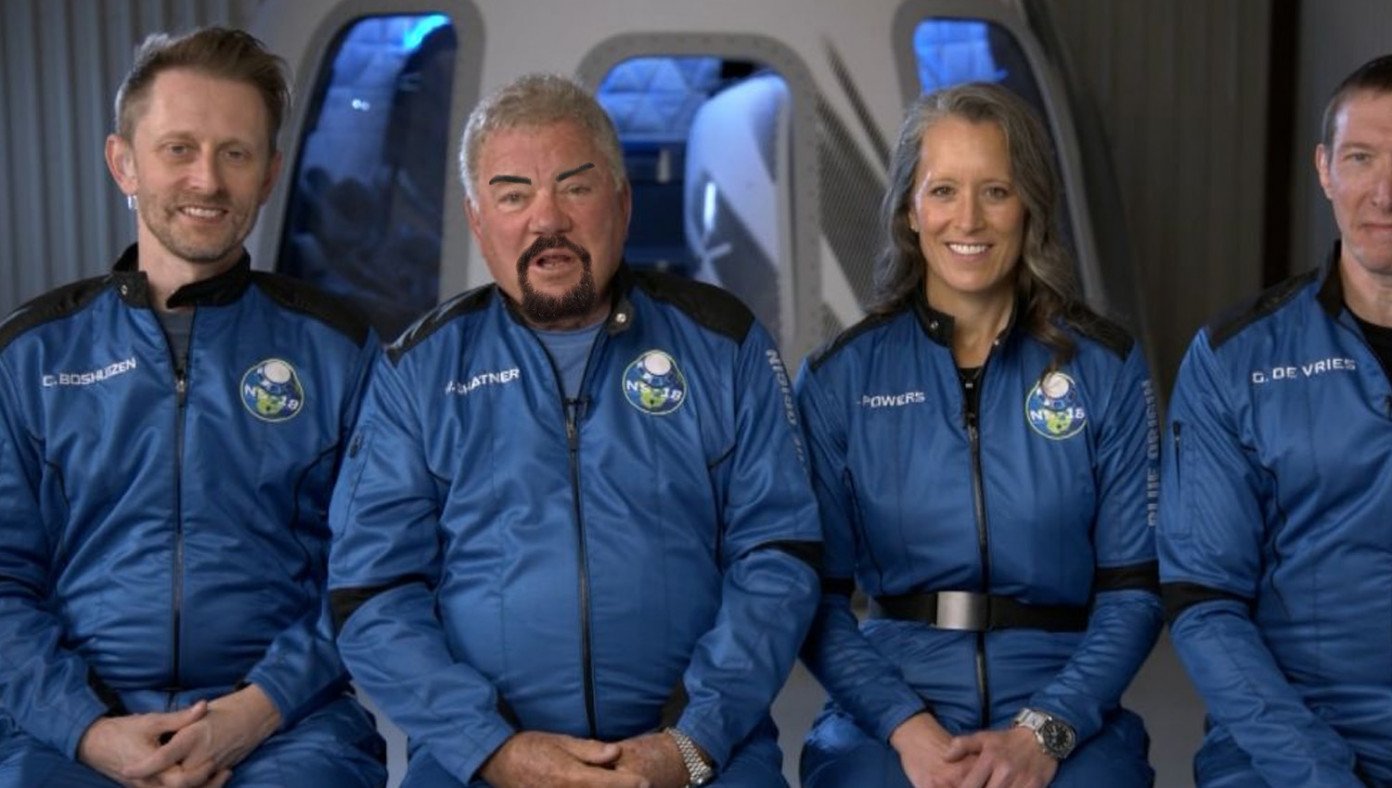