ARLINGTON, VA—Members of 18th Baptist Church in Arlington were treated to a very special message from Vice President Kamala Harris this past Sunday, reminding them to exercise their faith in an almighty, holy God by voting for Democrats. Unfortunately, the service was cut short by a shower of fire and brimstone from heaven.

"I want you to remember to vote for Democrats, just as Jesus would do," began Vice President Harris. "Wonderful Democrats like Terry McAuliffe want your kids to be forever trapped in government schools with free access to gender reassignment surgery and abortion, just like Jesus! HAHAHAHAHA! HEE HEE HEE HEE HEE!"

Kamala's charming, folksy appeal was sadly cut short as a massive chunk of flaming brimstone crashed through the ceiling and flattened the sound booth. Soon, fire and sulfur were raining down from a blackened sky, consuming everything in sight as churchgoers ran for cover.

The DNC has blamed the horrific fiery judgment on Republicans. 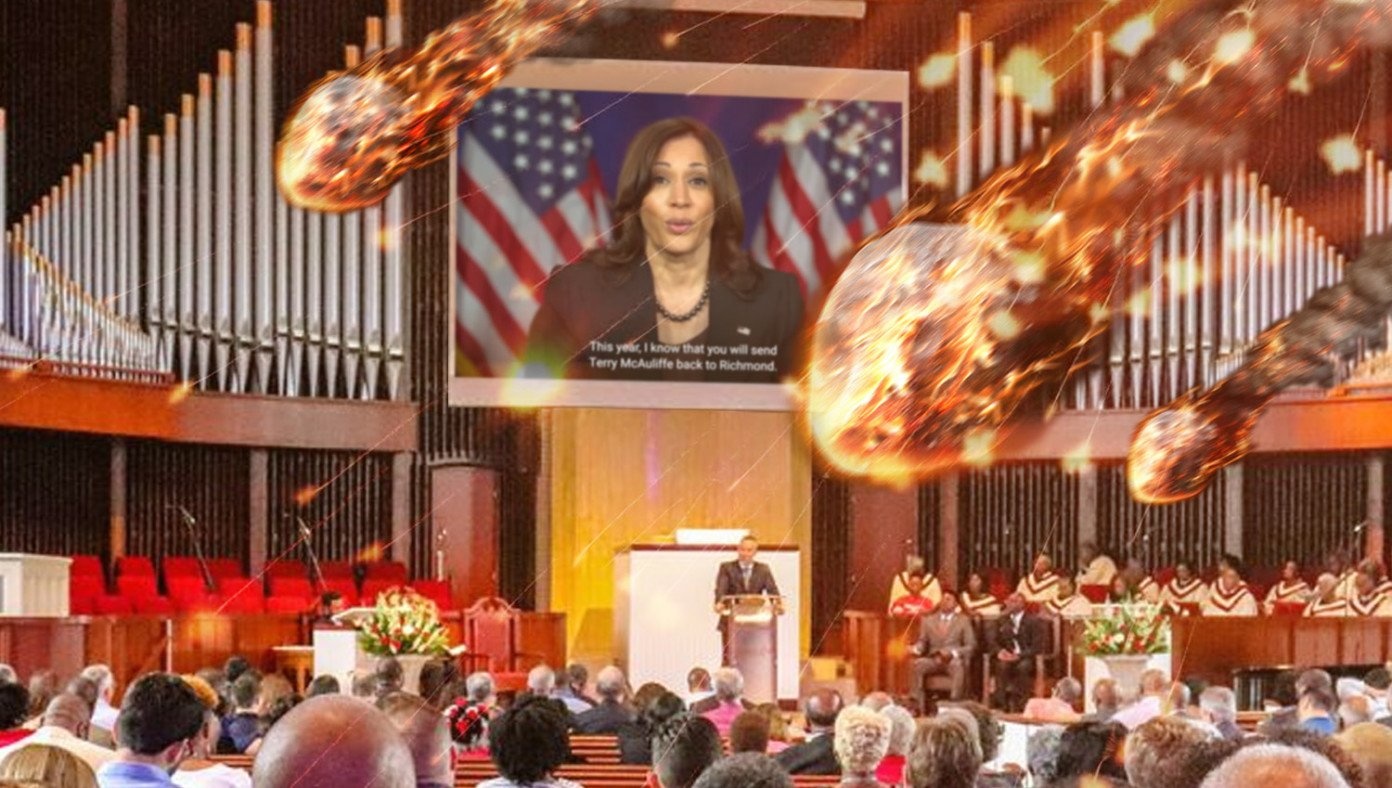