BEIJING—As the arms race between the United States and China heats up, Beijing has unveiled its deadliest weapon yet: an ICBM that can be launched through space and then fly over America playing Dave Chappelle jokes.

China tested the missile with a launch into U.S. airspace earlier this week. We would have shot it down, but our generals were too busy in a CRT training seminar led by four-star general Rachel Levine.

"We're doomed! Everyone run for your lives!" screamed one liberal in San Francisco as the missile flew overhead playing his latest special. "He's saying things that are off-color and humorous in order to invoke the involuntary response of laughter! Cover your ears!"

Schools across the U.S. have been preparing for this fateful day, with "duck and plug your ears from the words that might offend you" drills every morning. But experts believe it will do little to drown out the hurtful words.

The missile flew over Netflix's headquarters in Los Gatos, where employees had gathered outside for a protest against Chappelle's comedy special. They screamed and ran for cover, but it was too late. They were all caught in the blast of the comedian's joke about trans people.

The death count is already at 81 million, sources somberly confirmed. 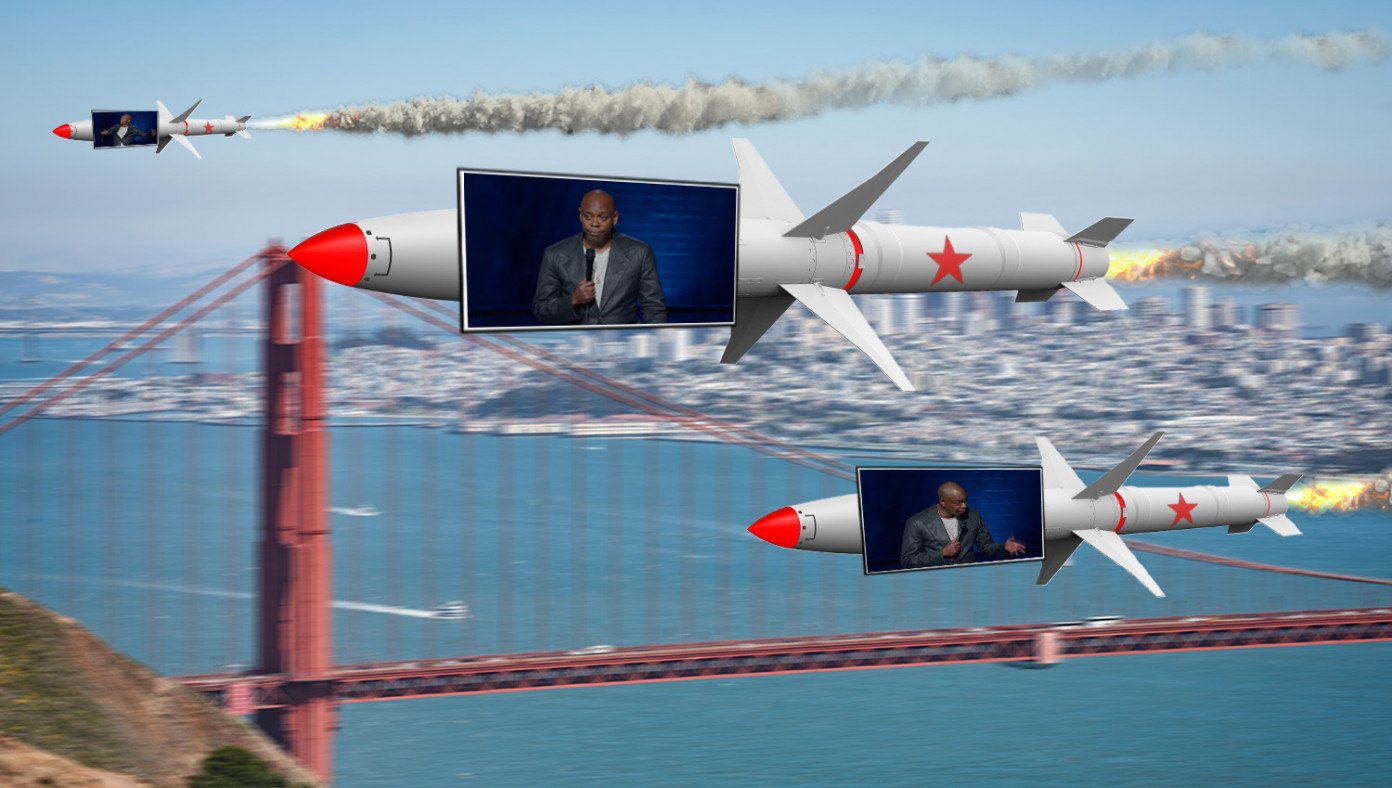