NEW YORK, NY—Nick Jr. has announced a new, darker season of Paw Patrol this year. According to sources, one upcoming episode will feature an epic showdown between Ryder's team of pups and the notorious puppy torturer Dr. Fauci.

According to a plot synopsis leaked online, Ryder receives a call from local biologist Cap'n Turbot. "Ryder! We need you right away, there's a big disturbance coming from Foggy Bottom!" he cries.

"What is it Cap'n Turbot? Is that silly old Mayor Humdinger trying to steal all the chickens again?" replies Ryder with a laugh.

"No!" says a shaken Cap'n. "There's a lunatic threatening to unleash a deadly pandemic and he says he'll cut out the pups' vocal cords and torture them if they try to stop him!"

"Wow, Cap'n! That really took a dark turn!" says Ryder. "We'll be there right away. Pups, to the lookout!"

The pups run howling to the lookout, tumbling their way into the elevator thanks to that klutz Marshall, who suffers from an undiagnosed neurologic condition that no one seems to care about. Ryder then deploys his pups, keeping Skye hovering above, Chase to catch Fauci with a net, and Tracker to meet a diversity requirement. The battle for Adventure Bay is a disturbing tale filled with sand fly torture, waterboarding, and other heinous acts not fit for Nick Jr., but in the end, the pups come out on top.

"Thanks for saving us from having to watch people worship that maniac as some sort of demi-god!" says Mayor Goodway.

"You bet," says Ryder. "Whenever there's a pathological narcissist using a deadly pandemic as a pretext to seize authoritarian control, just yelp for help!"

The episode is expected to air later this year. 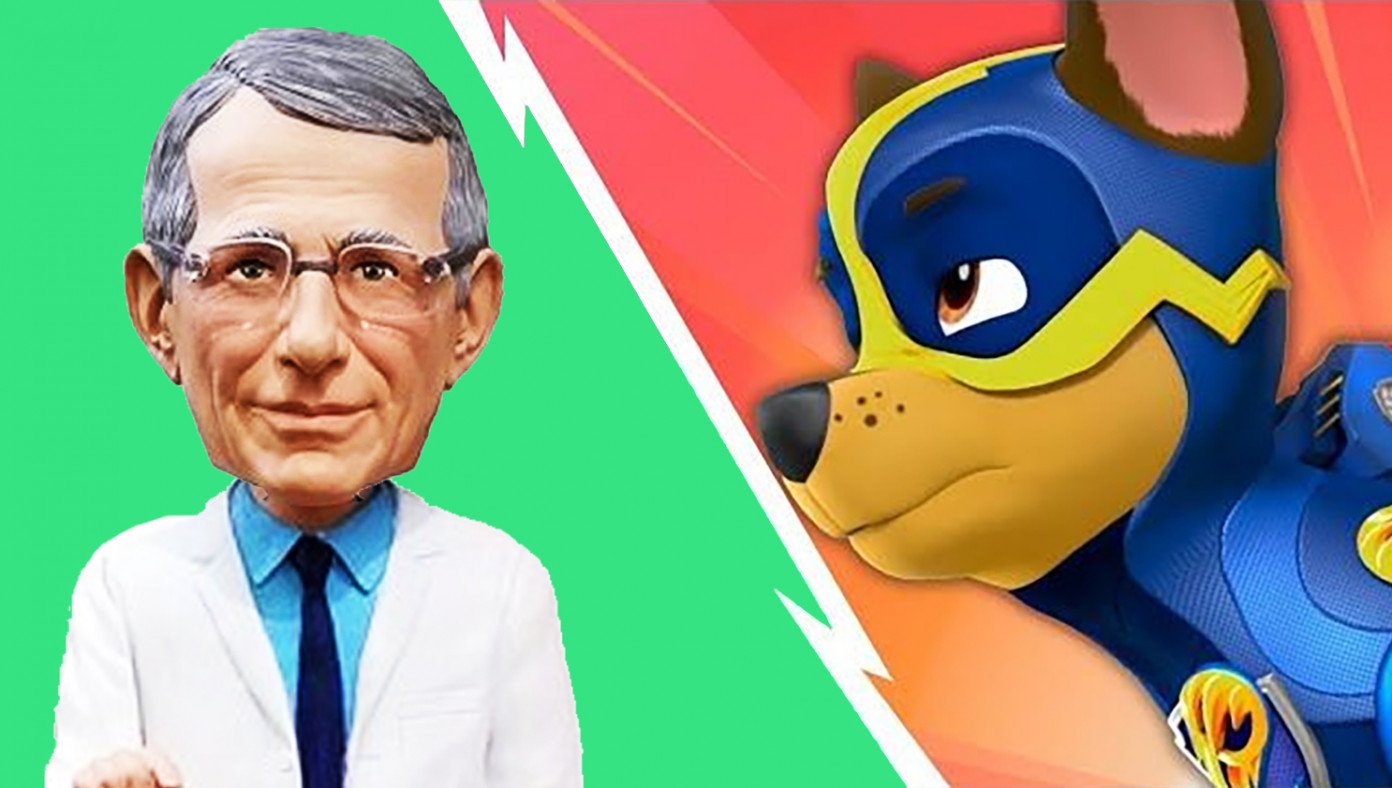