With a dress shirt, overcoat, and tie, along with a cute little American flag pin, Burnswax is the spitting image and exact smell of Joe Biden, sources on the Burnswax's street confirmed Sunday evening.

His parents said they got the idea when he messed his diaper just a few minutes before trick-or-treating started this evening. "And then, when he said one of his nonsensical baby babbles about who knows what, we realized it was just the absolute perfect outfit," said his mother. "Isn't that right, little Ollie?"

"See?" his mom cooed. "He's just so perfect for the part! That made more sense than the last seven speeches I've heard the president give."

The Burnswax's neighbors loved his costume, though some thought it was the actual Joe Biden and slammed the door in his face, thinking he was there to monitor their bank transactions over $600 or jab them with a needle. But once they got the joke and had gotten over their fright, they all had a good-natured laugh over the classic costume. 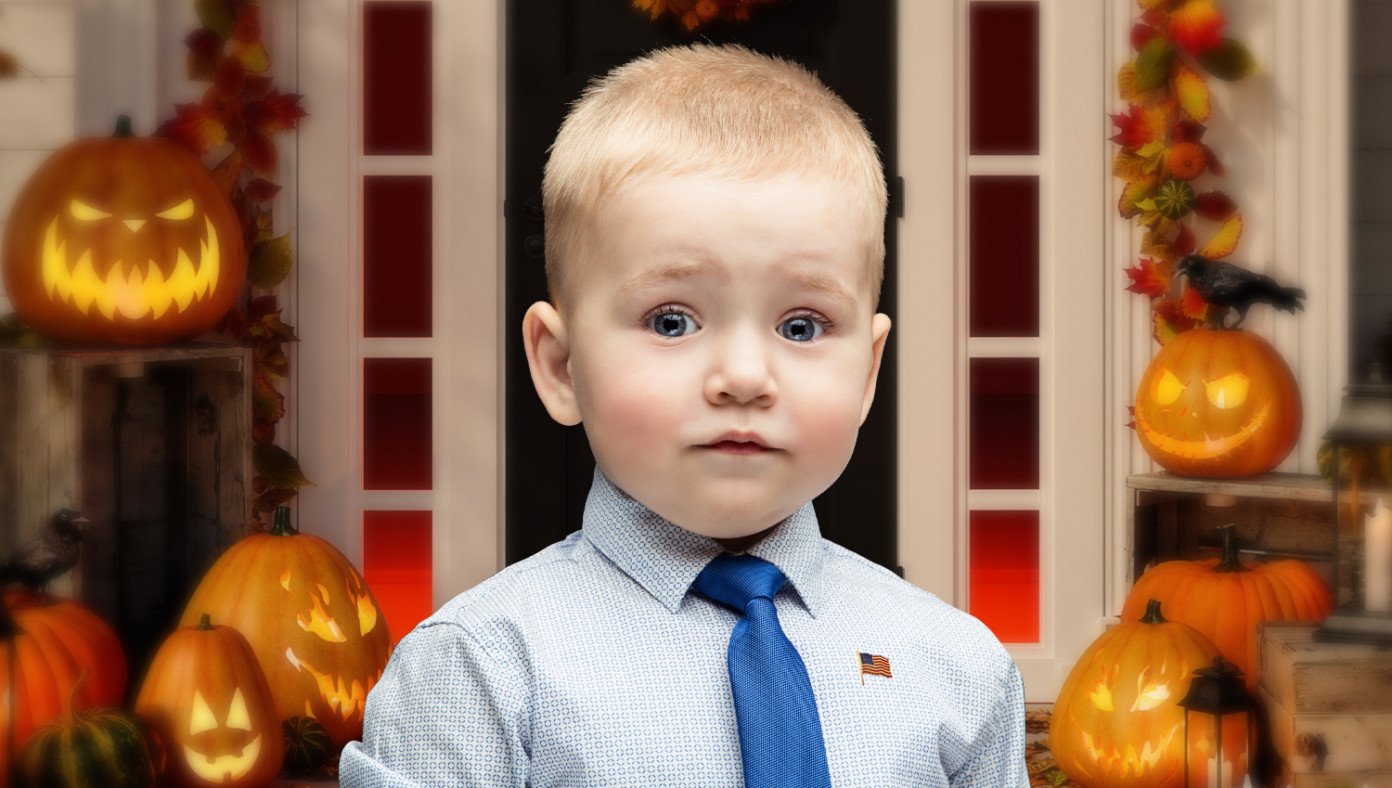