SCOTLAND—With Biden attending the COP26 climate change conference in Scotland this week, many were concerned that he might poop in his pants again. Fortunately, his Secret Service entourage seems to be prepared this time, as agents were spotted carrying a presidential diaper bag.

"Biden's diaper bag is state-of-the-art," said one anonymous source. "It is completely bulletproof, fully stocked with extra-large Depends and wipes, equipped with an applesauce dispenser, and has a special pocket for the nuclear football. We don't expect any further presidential 'explosions' during this trip."

"We categorically deny that Biden has an incontinence problem," said Jen Psaki to the local press. "He has never pooped in his pants. In fact, he has never pooped. He has been holding his poop for over two years because he is so dedicated to his job as President. We do not use diaper bags in this administration and to suggest otherwise is a far-right smear."

Suddenly, a nearby Secret Service agent called a "code brown" into the radio, and ran to Biden's vehicle with a diaper bag as the live feed was cut. 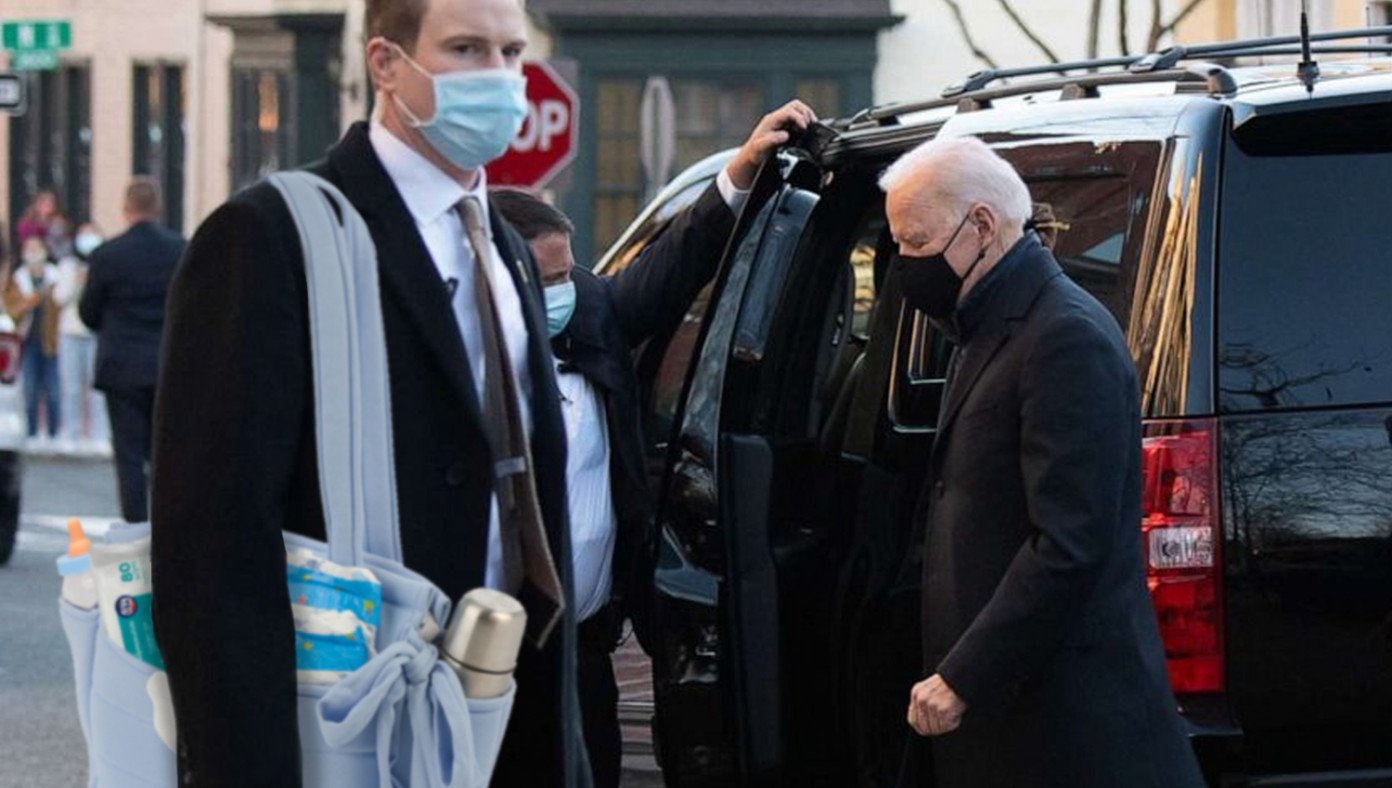