November 02, 2021
CNN Anchors All Poop Pants On Air To Show It's Perfectly Normal

ATLANTA, GA—CNN, America's bastion of independent journalism, featured every single anchor pooping their pants on air today in a touching show of support for President Biden.

"Our dear hero, the inimitable and faultless President Biden, puts his pants on one leg at a time, just like the rest of us. Then, he poops in them," said Brian Stelter as he assumed the position. "So what, ok? We've all done it. There's such a stigma around world leaders randomly taking a dump in their pants—and today, we here at CNN are going to do something about it. No matter when you tune in today, you will see one of our brave anchors dropping a deuce in their drawers."

The ensuing hours at CNN were noxious but upbeat, as each anchor did their patriotic duty and ratings quickly doubled. The janitorial staff quit en masse, every dry cleaner in Atlanta closed shop, but still, the noble anchors pressed onward. Jim Acosta delivered the most handsome, brave defecation humanity has ever seen, and demanded he be surrounded with mirrors to witness his own perfection. Chris Cuomo, unable to be physically present, still cut a rope in his joggers as he chased after a woman in Central Park.

Don Lemon gave an impassioned speech in preparation for his parking the bark. "What I love about Biden is that it doesn't matter where he is—restaurants, the Situation Room, or even talking to the Pope—he just goes for it. That's the kind of fearless leadership America needs. Glad I didn't wear my red turtleneck though."

Sources say Wolf Blitzer also pooped his pants, but that was before CNN launched their campaign. 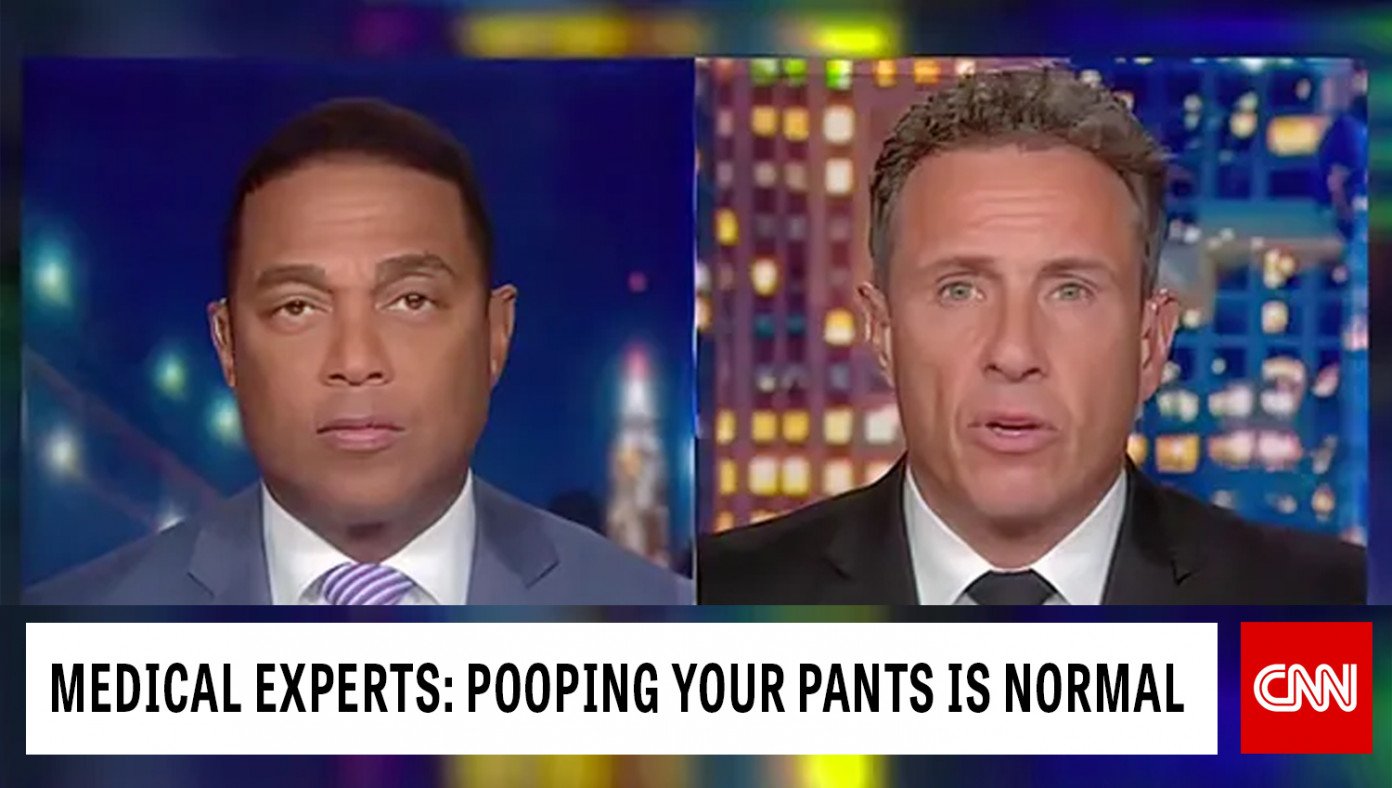