RICHMOND, VA—In a final plea to Virginia voters, Democrat candidate Terry McAuliffe shaved his head and got a Nazi tattoo to warn everyone about the fascism that will come to the state if Republican Glenn Youngkin is elected Governor.

"I hope this serves as a dire warning to you Virginian voters," said a bald Younkin over the buzz of a tattoo needle drawing a swastika on his face. "Glenn Youngkin is literally a Nazi and he'll do all the Nazi things if you elect him. And if you vote for him, you ain't black!"

McAuliffe then posed for photographs holding a tiki torch with Ralph Northam, who was wearing his finest KKK uniform. "This is what is coming to Virginia if you elect Republicans!" they said gravely to the gathered press. "Heil Hitler! May the Third Reich reign for 5,000 years!" They then performed a Hitler salute.

Democrat activists are also spreading the word by marching through the streets in Nazi uniforms rounding up minorities and sending them to concentration camps in a vivid warning of what Republicans want to do to the citizens of Virginia.

McAuliffe and Youngkin will be holding a KKK rally this evening in a last-minute appeal to voters. 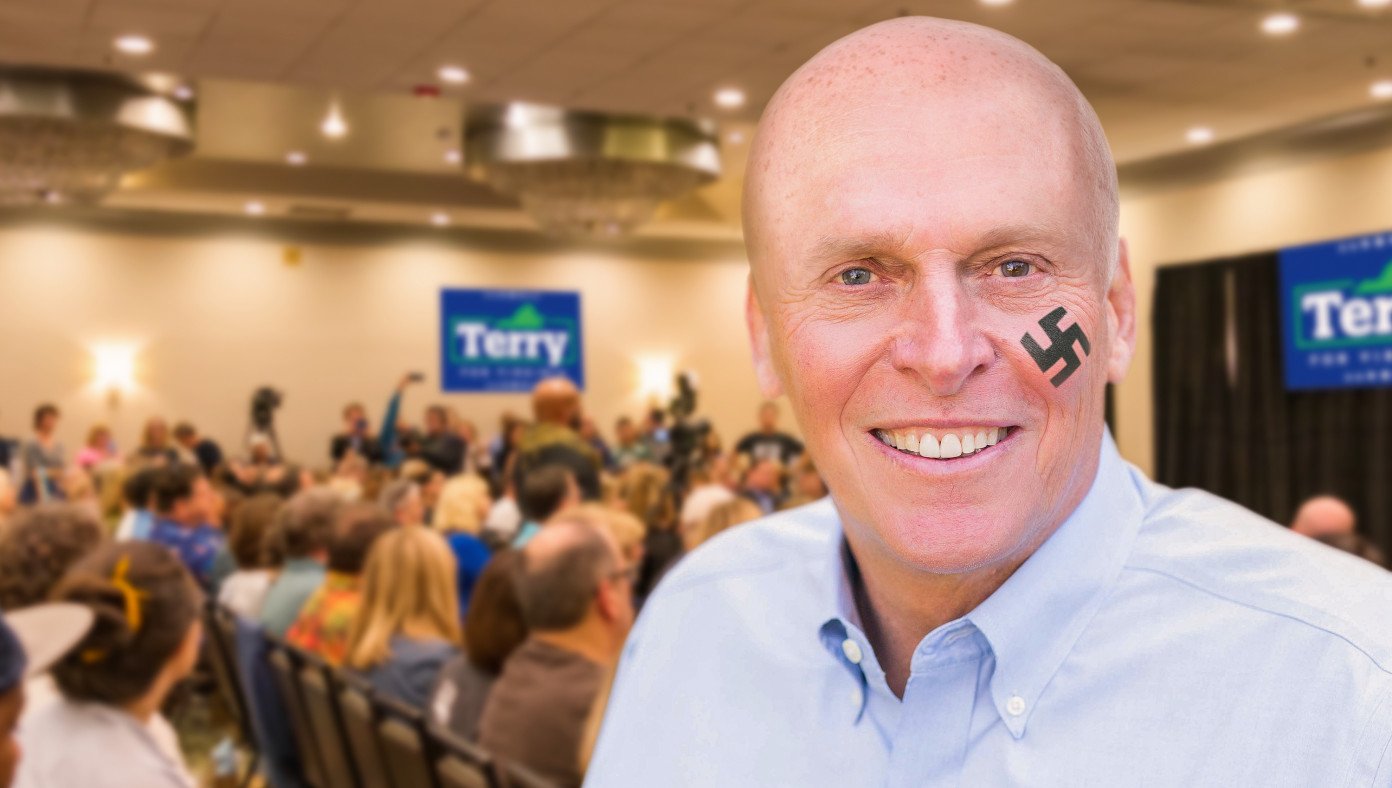