November 08, 2021
Oscar The Grouch Refuses The Vaccine, Stocks Up On Ivermectin

SESAME STREET, NY—With the COVID-19 vaccine now approved for 5 to 11-year-olds, many of the residents of Sesame Street are flocking to get the vaccination, even though it has not been specifically approved for large birds, monsters, or vampires.

“Yay! Inject Elmo!” Elmo was heard shouting as he got in line for the shot.

There is a lone holdout, though: trashcan resident Oscar the Grouch. “Go ahead and get the experimental vaccine,” said Oscar to everyone in line. “I hope you don’t die, though. Actually, I hope you do die — because I’m a grouch!”

Oscar the Grouch, who often listens to Joe Rogan without earbuds—inflicting the podcast on whoever is near his trashcan—has instead stocked up on Ivermectin—the preferable way for a grouch to treat COVID-19. “Yeah, you sheeple line the pockets of Pfizer while the vaccine does who-knows-what to you,” said Oscar. “Me, I’ll be here with my alternative treatments, being perfectly healthy and perfectly grouchy.”

“Oh no. Elmo now scared of the shot!” said Elmo.

“Don’t listen to him,” cautioned Big Bird. “I heard he voted for Trump.”

Oscar also got into a spat with CNN, which claimed Oscar had been using a common parasite treatment approved for humans, when in fact Oscar had very specifically only been consuming horse dewormer. Because he’s a grouch. 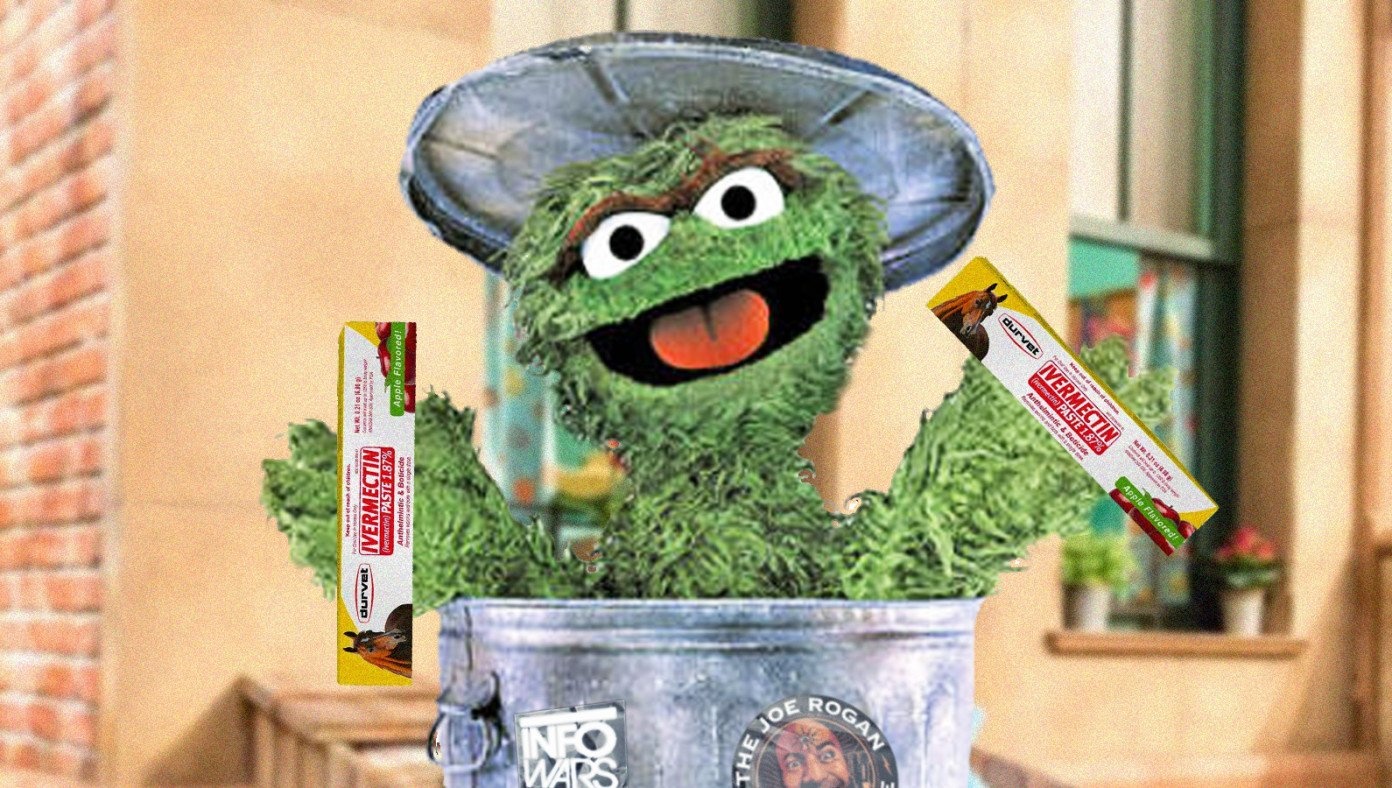