WASHINGTON, D.C.—Many have charged the U.S. military with becoming “woke” in recent years, and more fuel has been added to that fire with the latest announcement from the Pentagon: The U.S. military is unveiling a gender-neutral bomb.

“This bomb is absolutely fabulous,” announced General “Sparkles” McKenzie. “Finally, a bomb that respects all genders and all members of the LGBTQ community... as enemy combatants who will be incinerated by it.”

The new bomb (pronouns "xe/xem" ) works the same whether it is killing men or women or any non-binary genders. It also ignores white privilege and is said to be carbon neutral (as long as each time it’s dropped it kills at least ten people to offset the carbon released in making and exploding it).

Conservative troglodytes have reacted negatively. “I don’t want no woke bombs,” said local dumb racist Wilson Porter. “I hear rumors they turn you gay just before killing ya. Why can’t we be like in the past, like in World War II in Germany when war was just killing a bunch of straight white men?”

The military is said to be working on even more progressive equipment now, such as a depleted uranium tank shell that respects pronouns. 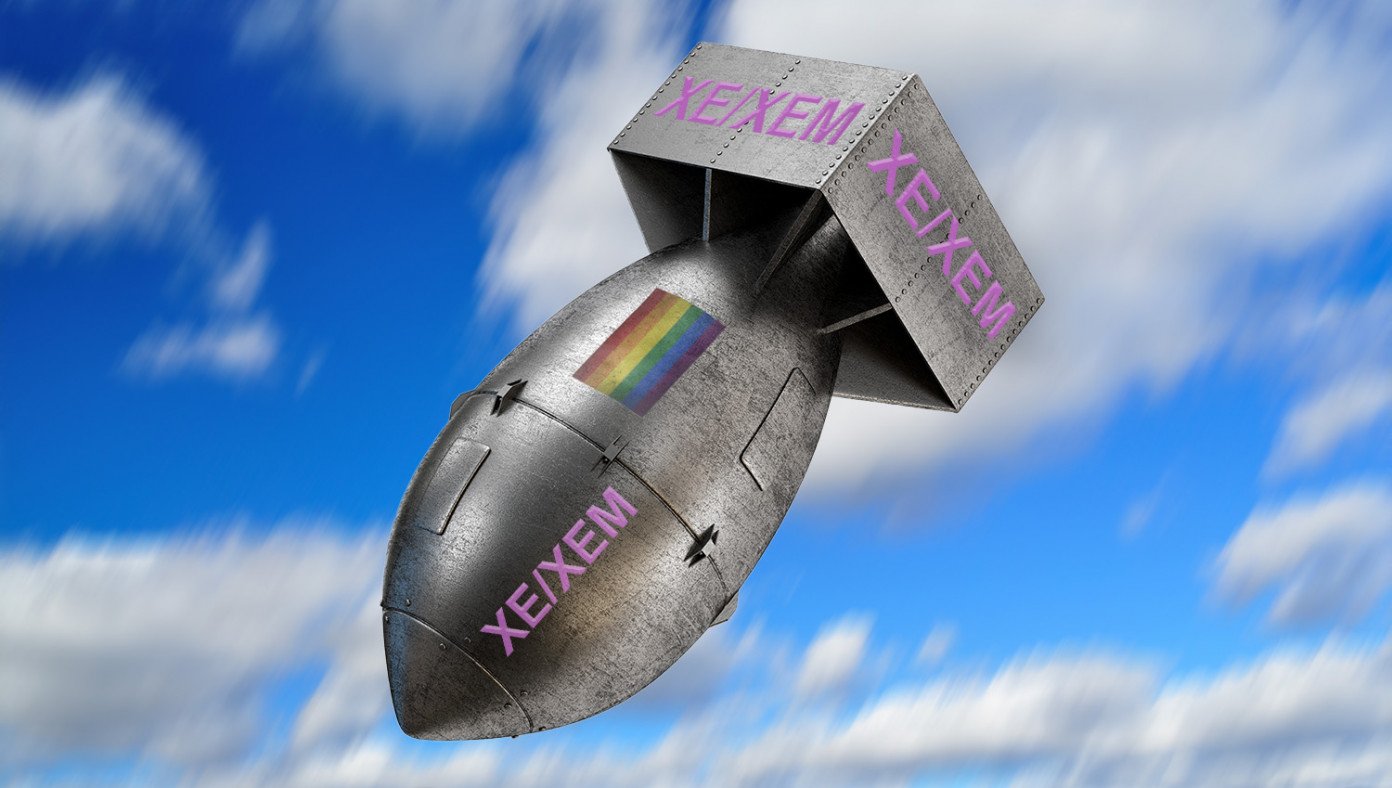