NEW YORK, NY—In a critically acclaimed episode on Sesame Street, Big Bird taught his young audience the important life lesson that all good puppets should happily receive the vaccination and whatever else Big Pharma wants to put in your body.

"All puppets like me comply with CDC and Pfizer guidelines," said Big Bird, as Elmo—who was dressed in a doctor outfit—injected something into his arm. "Like all the residents of Sesame Street, I am a hollow soulless shell made of fabric and fake feathers whose every word and action is controlled by another person! It's important for people like me to get the vaccine! Yay!"

CNN's medical expert Sanjay Gupta later confirmed that all of Sesame Street was given the Pfizer vaccine, with only Grover being sent to the hospital with myocarditis.

"This is a great result for our puppet friends," said Gupta. "Only one person contracted serious side-effects and everyone is now inoculated against a virus that posed zero threat to them, you know... because they're just puppets. Good job everybody!"

The video was soon interrupted by an angry mob of MAGA anti-vax muppets chanting phonetically correct anti-vax slogans and counting to four, as four was the number of the day. They were quickly rounded up by muppet policemen and sent to muppet jail. 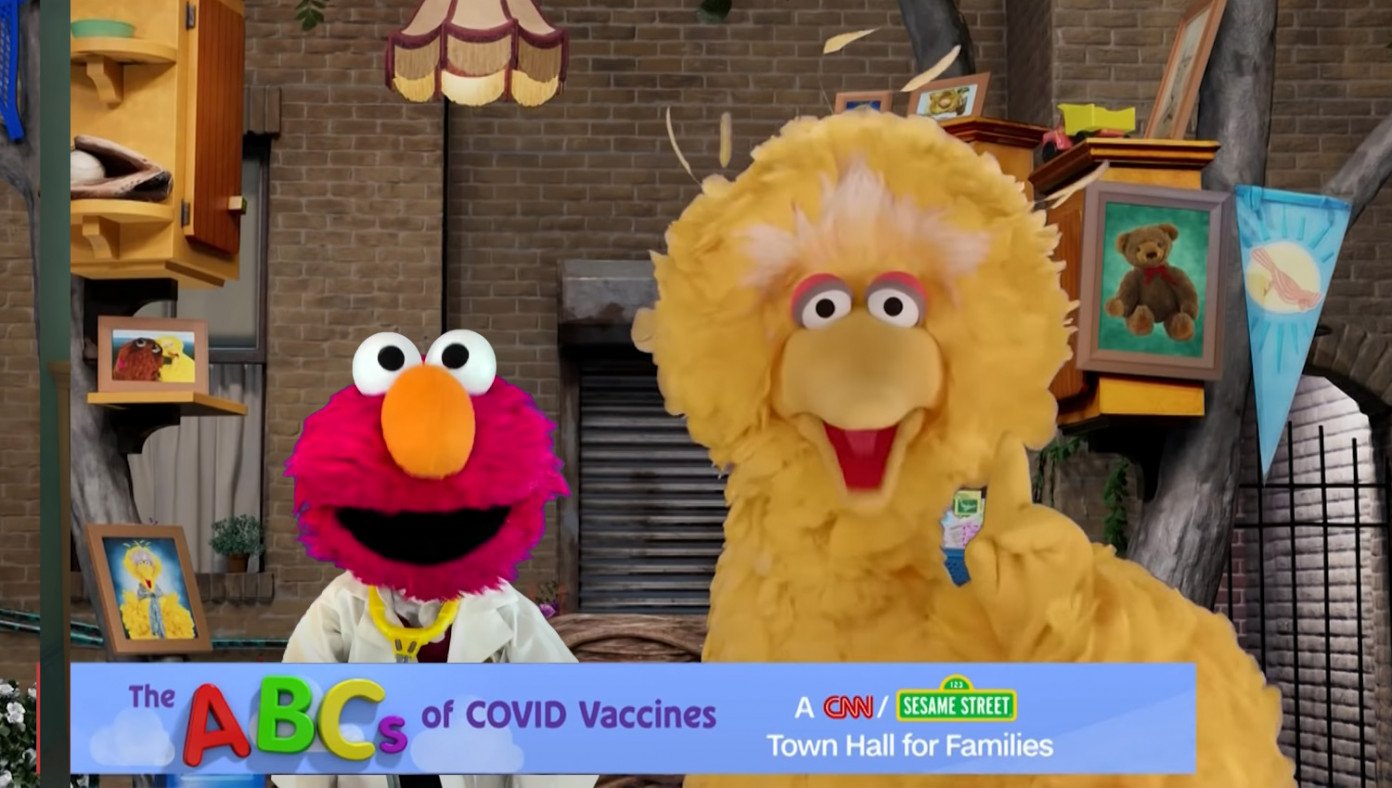