November 17, 2021
Progress: Every Sesame Street Character Will Now Wear A Label On Their Forehead Indicating Their Race

U.S.—Beloved children's show Sesame Street has a problem: kids are enjoying the funny Muppets teaching them about letters and numbers without ever wondering what their racial identities are. Showrunners are going to be putting an end to that forever this season, though, as every Muppet will now wear a small index card on their forehead indicating their race.

The change will take effect right away, and every Muppet will always have to wear their new racial identity right on their forehead.

The Muppets, who previously didn't even have a race and just lived together in harmony without worrying about the racial identities of pieces of felt, are all being assigned a race and backstory. The move will help kids think about race all the time, rather than seeing everyone as a unique person.

"We hope this will help kids to see that race is the most important thing about a person," said Sesame Street writer Wallace Lemon. "We don't want kids to see Big Bird, Oscar, and Elmo; but rather, Jamaican, White guy, and Jew. Our goal is to rewire their brains so the first thing they think of when they meet a new friend in their neighborhood or at school is 'What race is that kid?'"

"This is the only way toward a brighter, more harmonious future, where the only thing we ever worry about is race. Well, and gender and pronouns and all that, of course."

Some parents have protested the move, saying that it's better when kids see this diverse group of characters just getting along despite their differences. These parents are currently being investigated as domestic terrorists by the FBI. 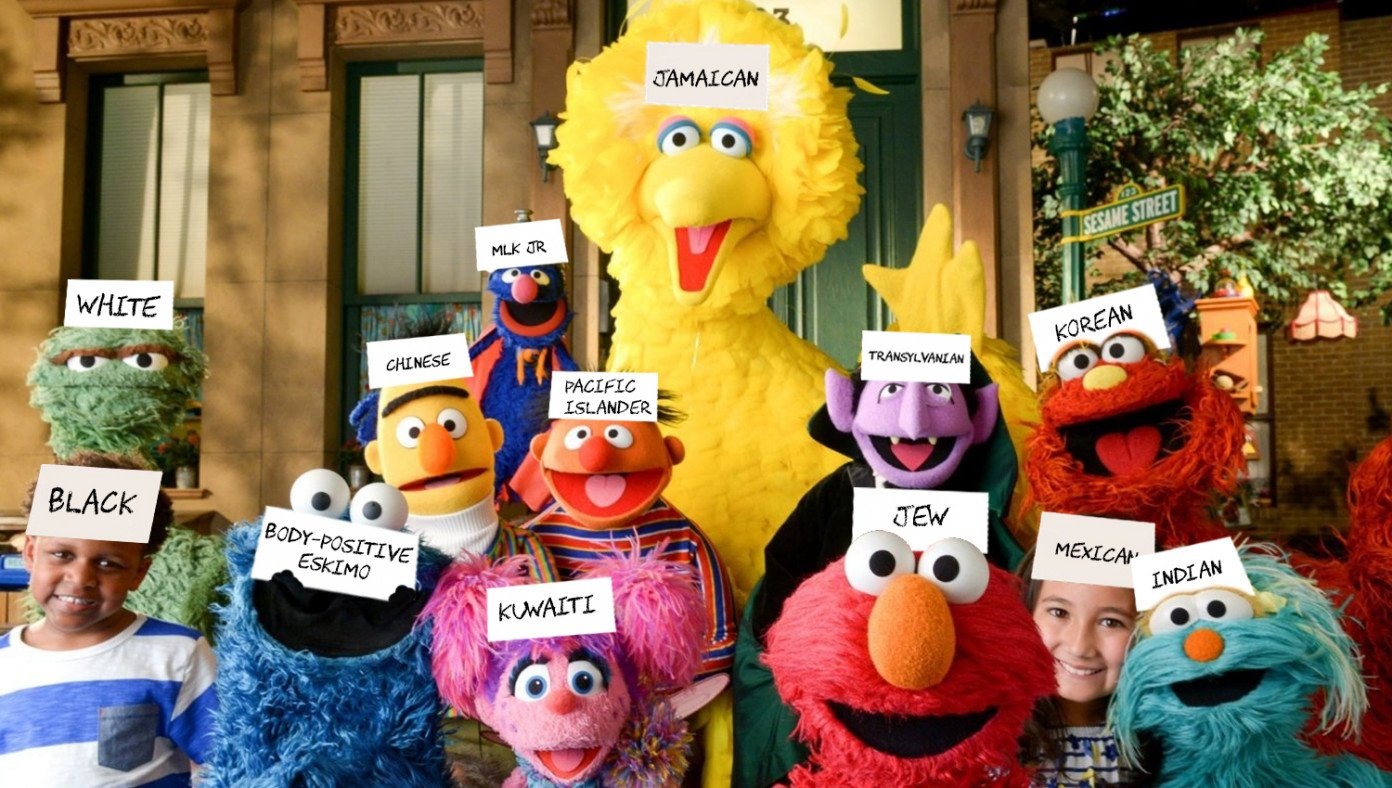