WASHINGTON, D.C.—After being bathed and fed by staffers, U.S. President Joe Biden was led to a table facing a large TV screen, according to reports. The President’s face lit up when one of his favorite Disney characters appeared on the screen, then showed confusion as Winnie the Pooh began speaking Chinese.

“Come on, man, why is my old friend Winnie the Pooh speaking Chinese?” said a frustrated Biden, who, according to witnesses, tried fixing the cartoon by hitting the remote and sucking on the microphone in front of him.

A staffer approached the President and whispered, “Sir, it’s a virtual meeting with—”

“With Winnie the Pooh? Amazing! Hi, Pooh bear!” Biden waved to the screen like a happy, innocent child, his eyes full of delight and wonder.

Sources close to the White House say Winnie the Pooh’s face reddened, and he began yelling at people offscreen—in Chinese—until a bowing staffer who looked nothing like Piglet placed an open briefcase with a large red button on the table near the chubby, silly old bear.

The honey-loving, round-bellied cartoon character reportedly reached out to press the red button, but paused, distracted by the wailing tantrum coming from the leader of the free world.

Winnie the Pooh closed the briefcase, smiled, and said something in Chinese that was later translated to mean, “They are no threat.” 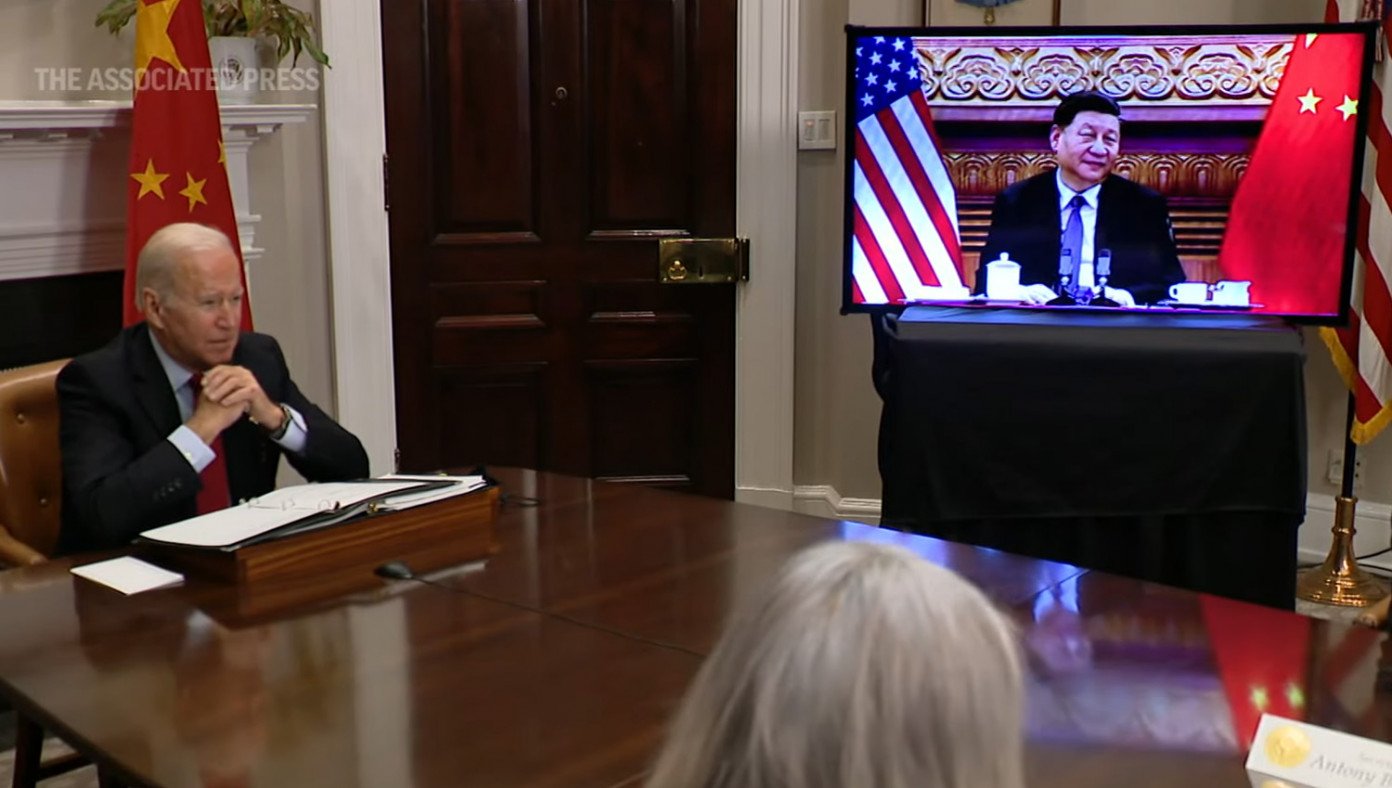