November 30, 2021
Fauci Dons Funny Hat, Declares Himself To Be Pope Of Science

WASHINGTON, D.C.—In a stunning reveal, Dr. Fauci has appeared on camera in an ornate and funny hat, and is now declaring himself the "Pope of Science."

"Look at my shiny hat! Woooo-ooo! I have been chosen by science to speak on behalf of science!" said Pope Fauci. "My very words are as infallible as the natural laws of the universe itself! If anyone doesn't like me, or disagrees with anything I say, or makes fun of my glasses, they will be excommunicated—banished to everlasting darkness."

Fauci's eyes then rolled back in his head as he began uttering in a dead ancient Sumerian language.

Fauci has appointed Greta Thunberg as his high priestess of Earth, President Xi Jinping as his priest of infectious diseases, and 3,200 Pfizer lobbyists as agents to administer the sacrament of the vaccine.

As his first act, Pope Fauci has issued a Papal Bull condemning Senator Rand Paul and has called for him to be burned at the stake. 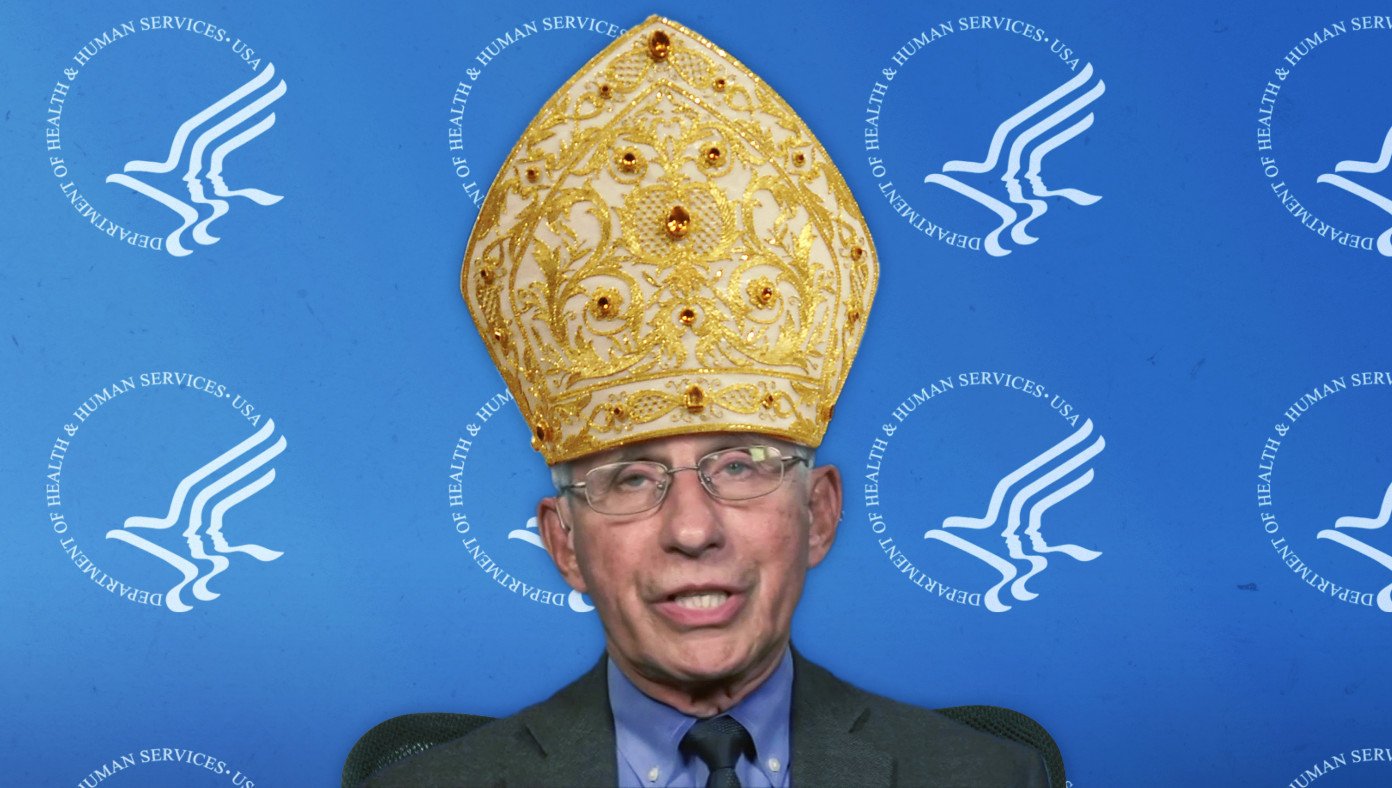