December 04, 2021
Mirror Brought Into Courtroom So Jussie Smollett Can Face His Attackers

CHICAGO, IL—In a powerful, emotional moment in the Jussie Smollett trial Thursday, a mirror was brought into the courtroom so Smollett could face his attackers for the first time since he was beaten up on the streets of Chicago.

Smollett demanded to face his attackers to help him overcome the pain and trauma of the assault, and the judge obliged. He signaled for a bailiff, who brought in a tall mirror and held it up to Smollett. The actor wept as he looked his attackers right in the eye, facing them man to man.

"Everyone deserves to face their attackers so they can get closure and a sense of justice," said the presiding judge in the case. "Jussie is no different. The facts of this case are complicated, but that doesn't change the fact that Mr. Smollett wants to see justice done and get a sense of peace that he hasn't felt since he brutally attacked himself that fateful night."

Smollett looked at his attackers for a full minute before motioning to the judge, who had the mirror taken away. "Sometimes, the real attackers were inside you all along," said an emotional Smollett.

He says confronting his attackers has brought him peace, and he hopes they are convicted in this case. 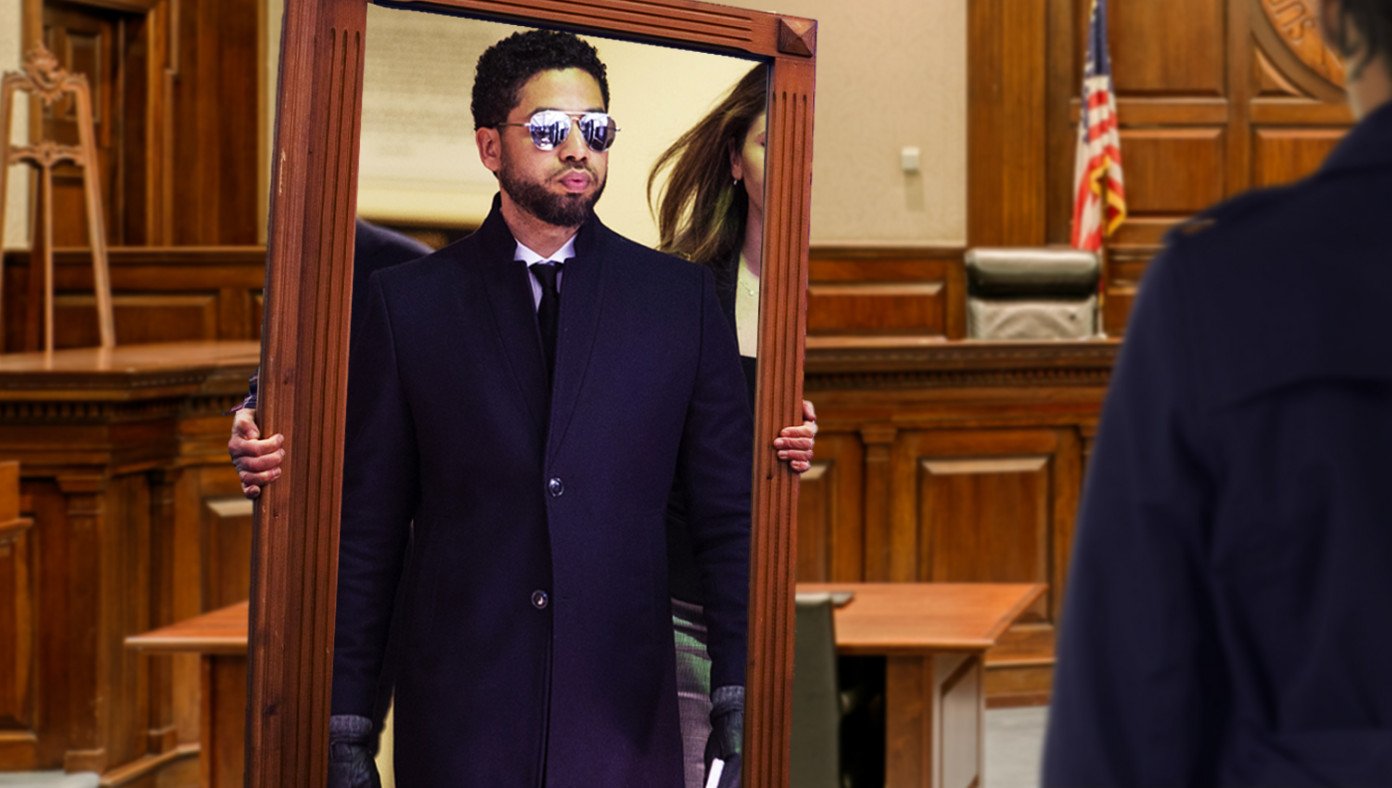