December 21, 2021
Progressive Church Tells Young Unvaccinated Couple Stuck Out In The Cold That There’s No Room

BETHLEHEM, PA—A young couple was reportedly turned away from a church service Sunday evening because they were not vaccinated against COVID19, according to the Bethlehem sheriff’s office. The couple was admonished after not producing their vaccination cards and cast out into the cold where they were eventually found trying to read the bible on their own under a bridge.

Joe Marmaduke and his fiancée, Cheri A. Garfield, were livid. The couple, both in their early twenties, was traveling through the area on personal business when they sought to worship with fellow Christians. Though not familiar with the area, they were able to locate Open Arms Episcopal on Sixth.

“This greeter told us there was no room for us, but only after we told him we weren’t vaccinated,” lamented Joe. “He said ‘no vax, no worship’ like he’d been rehearsing it. Then he held up a cross and hissed at us and told us to 'begone'. Not cool!”

Sources within the church confirmed the couple was “disgusting” and “anti-science,” so they were supportive of the greeter’s actions. “If you’re not vaccinated, you don’t deserve Jesus,” said one member.

The couple were later taken to the hospital for hypothermia treatment but were immediately discharged when the nursing staff realized they were not vaccinated. 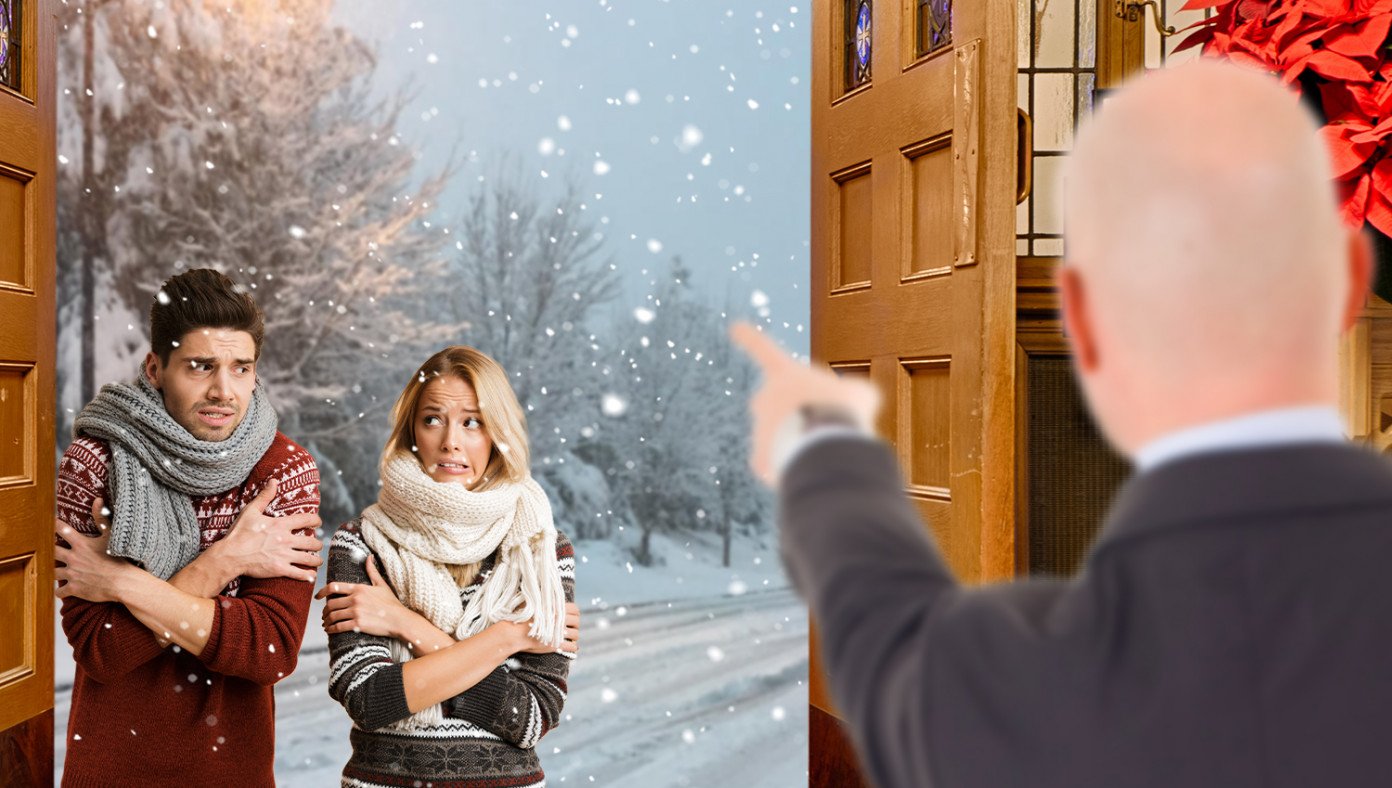 Powered by Locals
About Community
The Babylon Bee
21350 Members