There’s a lot of debate over a seemingly inconsequential topic, but I feel I must weigh in. It’s become increasingly common for people to claim that the 1988 action thriller Die Hard is a Christmas movie. Well, there are a few things I know well: genocide, evil, and the proper classification of Christmas movies, so let’s put this debate to rest once and for all.

And the thing is, everyone understands this. They just think they’re being so cheeky saying, “Let’s watch a Christmas movie!” and then putting on a movie filled with machine guns and violence. Well, the joke is over. No one would ever get away with such nonsense if I were in charge. The first person who tried to pretend Die Hard was a Christmas movie would have been made an example of, and none would follow his anti-society ways.

So this Christmas, watch Elf or Miracle on 34th Street or even that one with the BB gun, but don’t you dare put on Die Hard, or you will have made an enemy of Adolf Hitler. 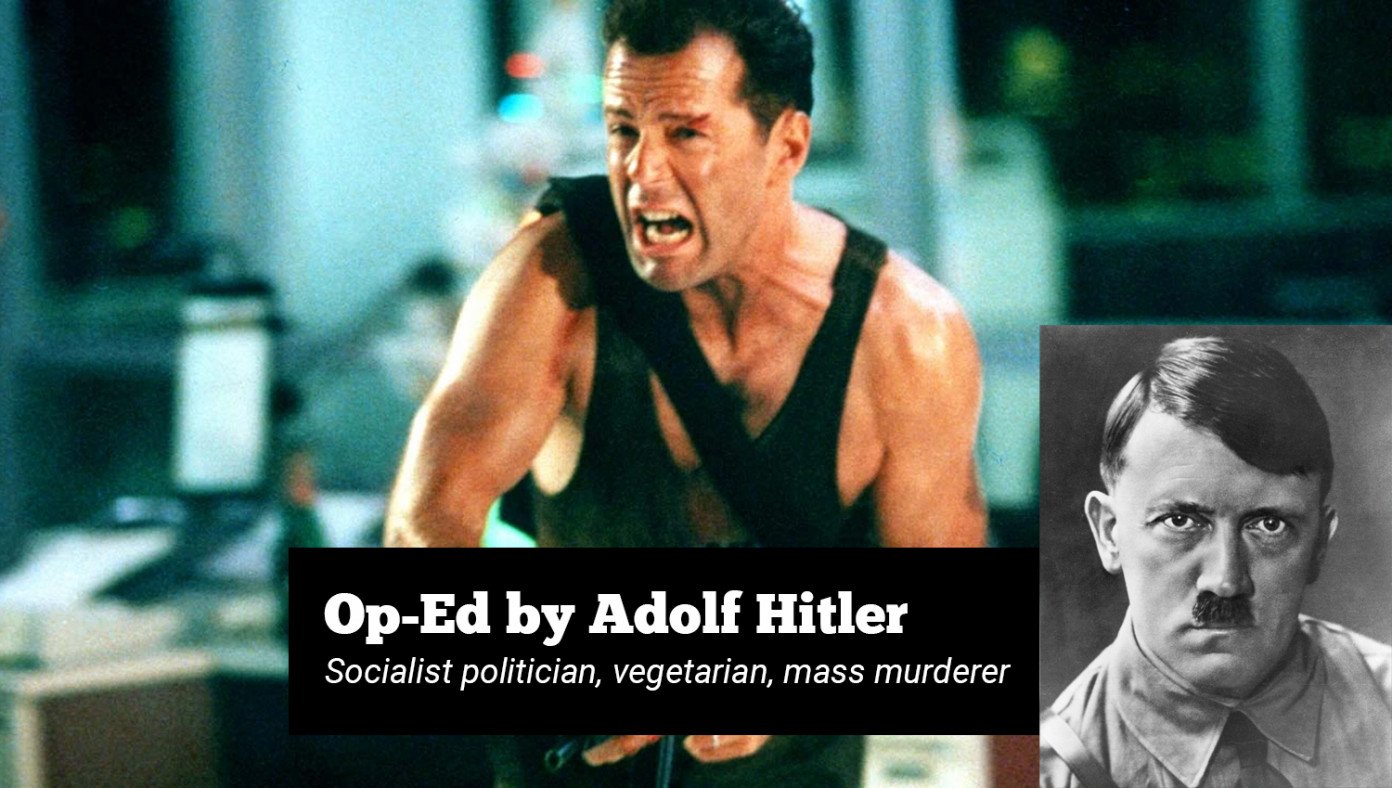