WHOVILLE—Neil deGrasse Tyson shouted from the top of a mountain down at the "ignorant, uninformed" Whos down in Whoville over the weekend that "reindeer can't fly" and that "Santa Claus is too big to go down a chimney, dummies!"

The incident occurred as the Whos woke up and emerged from their homes to sing on Christmas morning. DeGrasse Tyson emerged from his Cave of Science™ atop Mount Crumpit, annoyed by the noise of people singing, "which is actually just your vocal chords rubbing together causing vibrations in the air and is not actually melodic or beautiful."

Tyson then began bellowing from the peak.

"Listen, you ignorant, backward, anti-science morons!" he shouted as the Whos gathered to celebrate Christmas. "Santa Claus is a myth! How could he go to all the little boys and girls in the world in one day? It would be impossible. He would burn up due to the friction in the atmosphere."

"And reindeer can't fly! Their bodies evolved over millions of years to help them live on the ground in frigid environments! They can't generate any lift! NO LIFT!"

The Whos watched in horror as the astrophysicist debunked Santa Claus piece by piece, pointing out all the "highly improbable" characteristics of the magical man who brings presents to children all over the world.

At publishing time, Tyson's heart had grown three sizes, but that was just the vaccine. 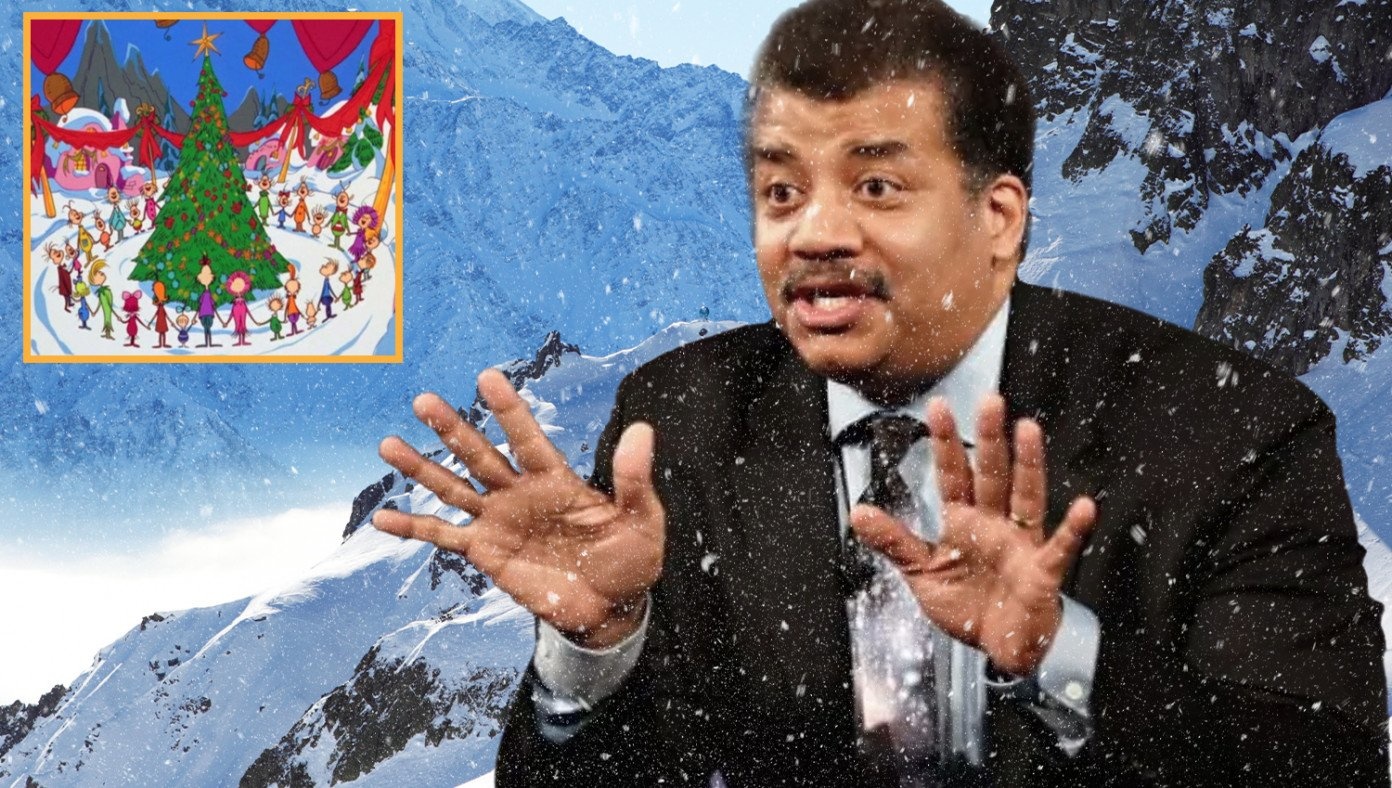