KANSAS CITY, MO—In perhaps the final blow to the politician’s stinted career, Applebee’s announced they have banned Marjorie Taylor Greene from to-go online ordering through their website or mobile app.

“We have made the decision to ban the representative for her repeated violations of the platform’s prohibition against spreading misinformation about our delicious Applebee’s Riblets Platter™,” said Applebee’s founder and CEO, Bob Applebee. “Our terms and conditions are clear, that any individual disparaging our delectable and reasonably-priced appetizers, salads, or entrees, will suffer the consequences.”

A spokesperson for Mr. Applebee went on to explain their fair and judicious strike system that has given Applebee’s its reputation of delicious food as well as a welcoming, inclusive environment for anyone, so long as they proclaim undying love and devotion to Applebee’s food, including the soon-to-be-popular Quesadilla Burger™.

“We start off with a warning, called the Wrist Slappetizer, followed by the ‘Bout to be Tossed Salad'. If the customer ignores these clear warnings, we’re left with no choice but to hand down final judgment,” explained the spokesperson. “The BBQ Baby-Back Bounce.”

Marjorie Taylor Greene could not be reached for comment, as she was busy pleading her case to remain a member of MySpace. 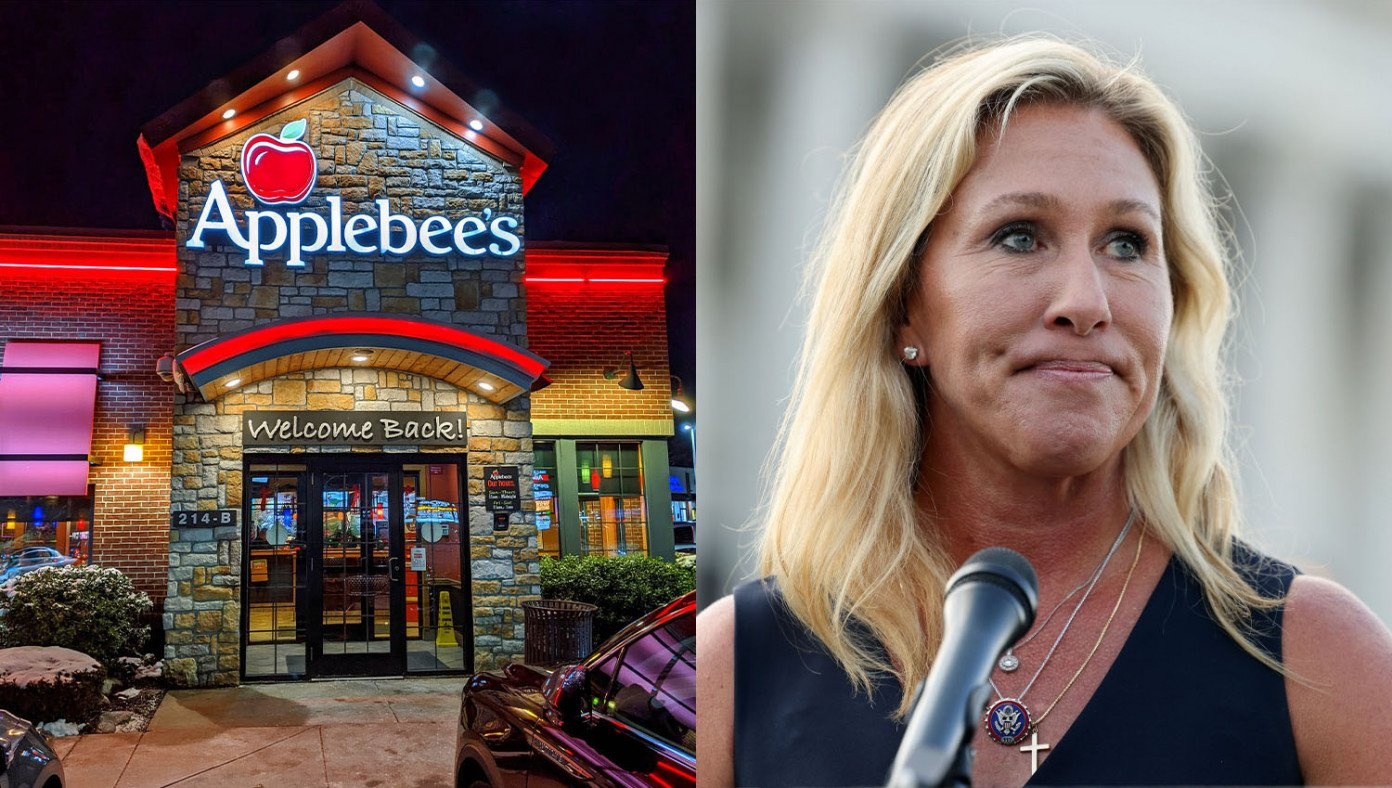