SAN FRANCISCO–A young couple of free thinkers united in common law marriage have some incredible news to share! Their at-home COVID test revealed not one but two faint purple lines. They finally have a breakthrough case just like all their favorite celebrities! Now they need to announce it to all their friends in the coolest way possible: a COVID Reveal Party.

Logan Platt and Tiffany Silver were beginning to feel left out of the pandemic when they both noticed they were a little more tired than normal. Now they're excited to throw a massive bender at the start of their mandatory week off work.

The couple is pulling out all the stops. They've taken full advantage of the gig economy to order vegan catering and tons of booze. "It is gonna' be lit," said Logan seriously.

"We would have put up more decorations, but I was kind of tired," said Tiffany. "I think we pulled it off okay, though."

Rumors about the party are spreading through the neighborhood like a California wildfire, but the couple isn't yet sharing how they'll reveal the COVID diagnosis. Some speculate a giant disco ball decorated like the popular virus will be lowered from the sky by a drone and then crack open, revealing two massive purple pool noodles to indicate a positive test.

"When it comes to reveal parties," said Logan, "the bigger the better. All I'll say is that we're going to provide everyone with their very own home test just in case."

At publishing time, the couple happily revealed their results. It's an Omicron!!!!! 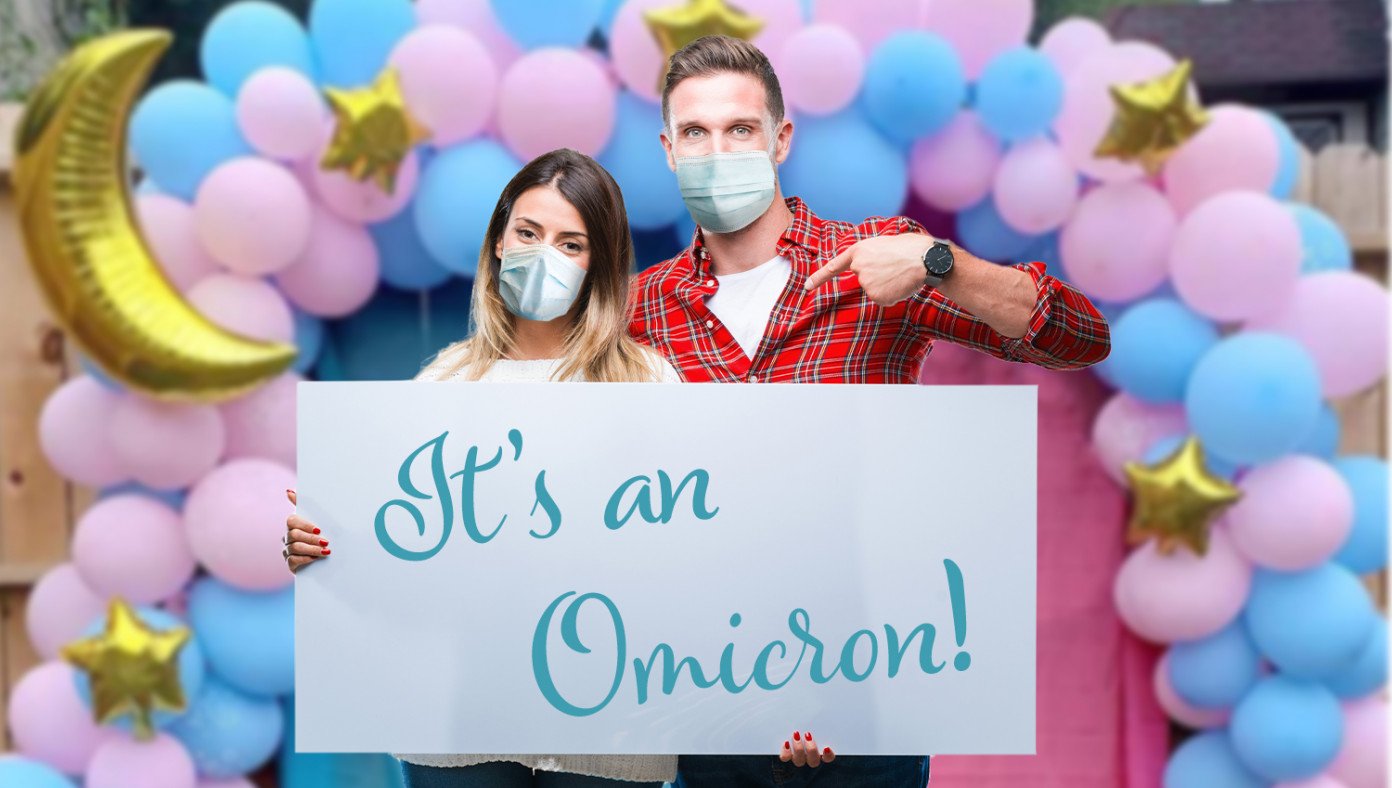