January 13, 2022
Crazed Ron Paul Seen Shouting 'I Told You So!' At Passersby In Front Of National Debt Clock

NEW YORK, NY—Former U.S. Representative Ron Paul awoke from Odinsleep this week to check the nation’s current debt. Now, ahead of the debt crossing the 30 trillion dollar threshold, the Libertarian Prince has set up shop in front of New York City’s National Debt Clock so he can yell “I told you so!” at everyone who walks by.

Police have received numerous complaints about the retired politician. “He’s not breaking any laws,” commented Captain Arnold of the NYPD Midtown South Precinct. “But he's causing lots of distress and anguish throughout the city as people wake up to the disaster that is our national debt. He must be stopped.”

“I told you so!” Ron Paul said to the police who asked him to calm down. “Can’t you see?! It’s out of control!”

New polling data suggests Paul’s message of fiscal responsibility has fallen on deaf ears. New Yorkers, who tend to support increased government spending, have viewed the billboard-sized debt tally as a high-score record keeper. The higher the number gets, the more excited they become.

The retired politician isn’t throwing in the towel, though. Experts agree Ron Paul isn’t capable of giving up because his soul is inextricably linked to the nation’s debt. 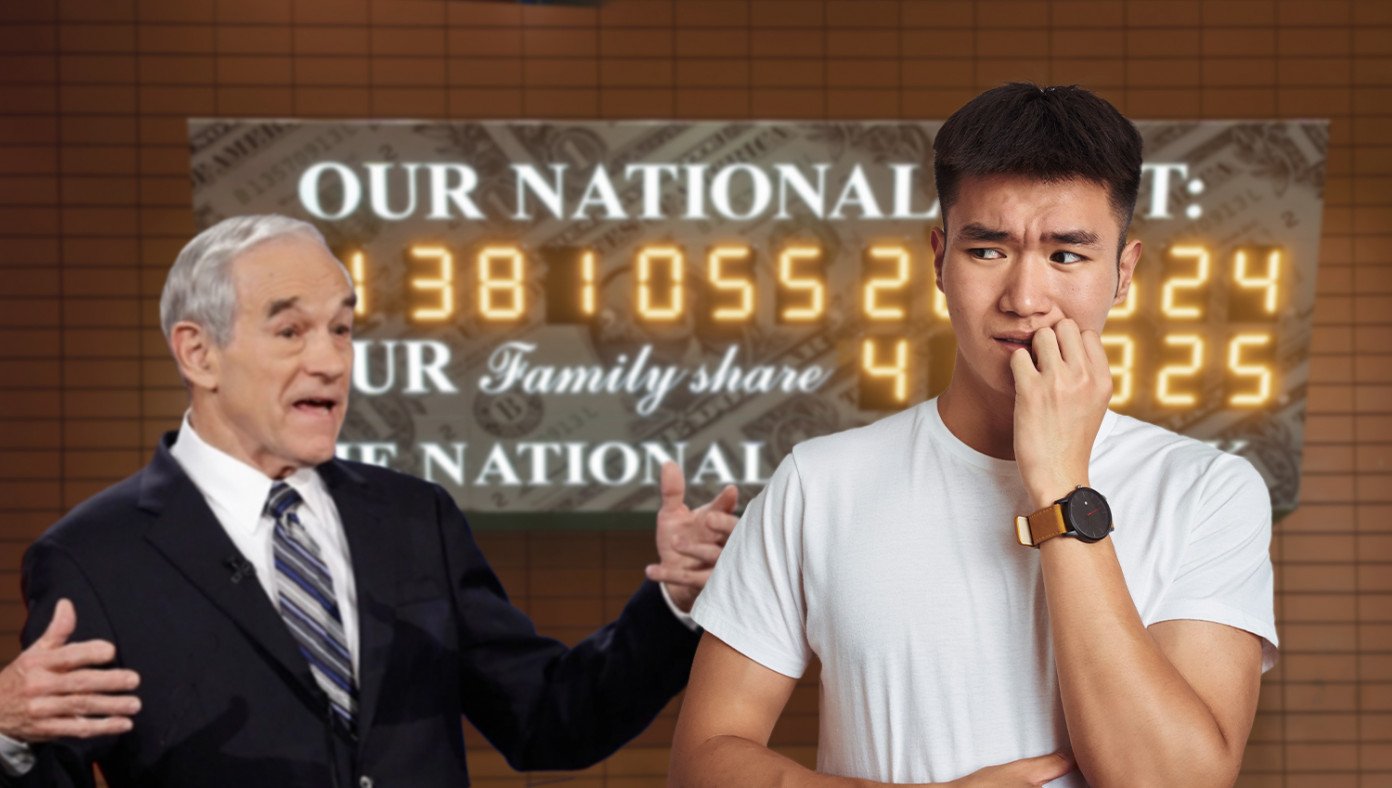