U.S.—Hasbro has released an exciting new game called "Fauci Says," where you have to try to keep up with an electronic voice telling you to do a variety of tasks.

"Whether Fauci tells you to double-mask, close down schools, lock down forever, or jump off a bridge, you'll have to comply -- or you lose the game!" says the narrator over Hasbro's debut commercial for the game. "What wacky thing will Fauci have you do next? No one knows!"

The commercial then shows a happy family competing in the game. They're all having fun, trying to mask, unmask, social-distance, then not social-distance, and perform a variety of contradictory instructions, until one of them fails to put on a seventh mask in time and is cast out of the family for being anti-science, per the game's instruction manual. "You just got Faucied!" the rest of the family says in glee as the young daughter packs her bags.

Dr. Fauci lent his voice talents to the game for a more realistic feel. Many of the commands are taken right from actual press conferences and interviews, from the time he told Americans to stop wearing masks to the time he told them to wear masks for the next few years. Hasbro says the game is super-relevant and timely and also to be careful because there's a recording device in the game and you'll be reported if you fail to comply with any of the commands. 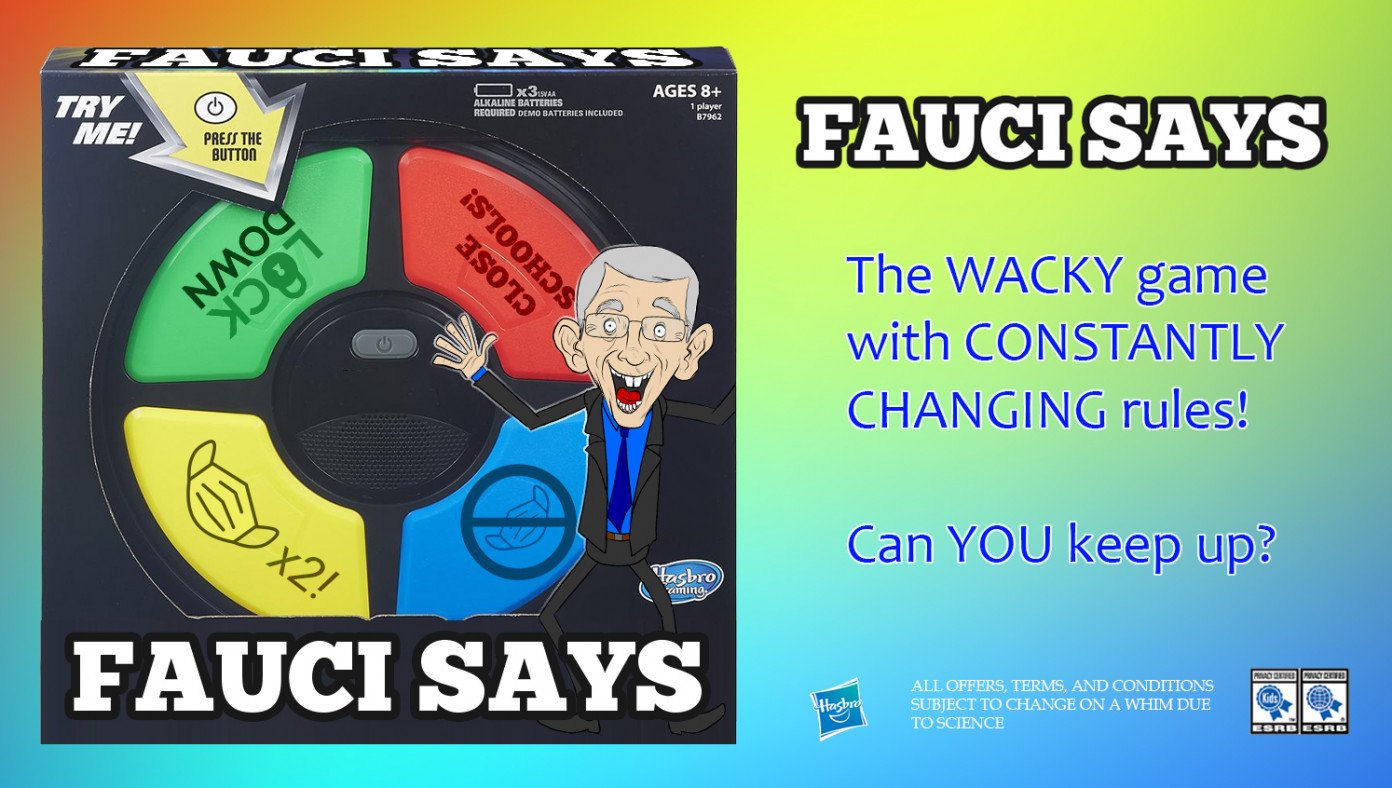