ALBANY, NY—Governor Andrew Cuomo has found himself in the middle of a sex scandal. When he found himself in hot water last year, though, for killing a bunch of seniors, he released a book about it. So, he called up his literary agent and quickly got a book proposal together. He landed a cool seven-figure deal in no time, and you can now pick up Hot New York Nights wherever books are sold.

The book follows the tale -- and tail -- of a domineering New York state governor who grabs women on the face and asks them if they'd like to be kissed. Steamy passages detail the governor's escapades with multiple women as he hits on them, forces them to kiss him, and pressures them for favors across New York's thriving nightclub scene. Finally, Cuomo and one of the women find some alone time in a recently vacated nursing home, and their passions overtake them.

Reviewers everywhere praised the work as groundbreaking, saying it renewed their love affair with the media's darling governor. "Honestly, I couldn't put this thing down!" said Brian Stelter, red in the face. "Is it hot in here? It's like, my, oh my! Just when you think it's finally cooling down, the book keeps ramping things up. Hot, hot, hot!"

Cuomo is up for a National Book Award, a second Emmy, and a Nobel Peace Prize for his work on the novel. 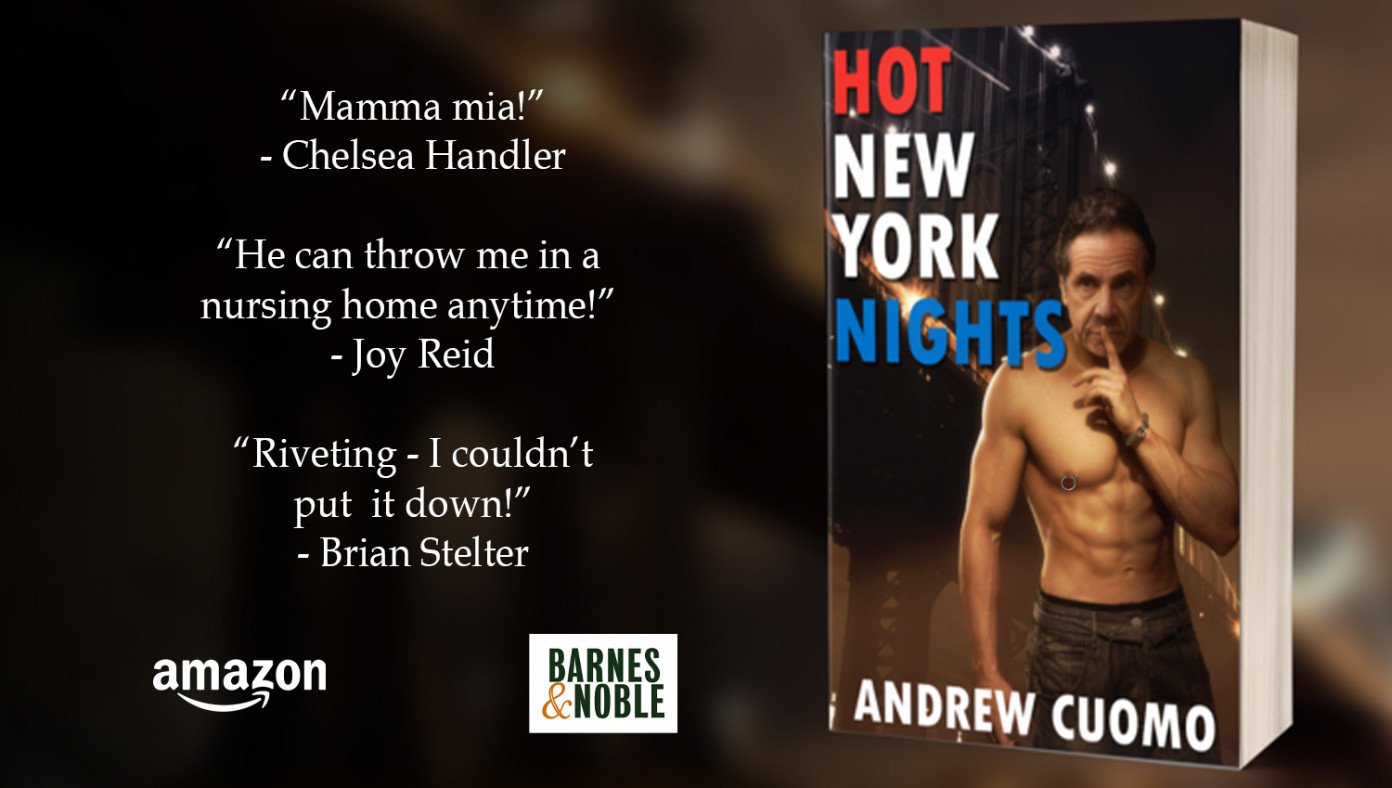