March 08, 2021
Eric Swalwell Says He Feared For His Life During Capitol Riots, Almost Had To Use His Nunchuck Skills

WASHINGTON, D.C.—Rep. Eric Swalwell has filed a lawsuit against Donald Trump and several others, claiming they made him cry for his life and pee-pee his pants and also prepare to use his nunchucks should rioters breach his office door.

"I was, like, in my office, ready to use my nunchucks if I had to," he told reporters at a press conference this morning. "I got them out and I was like 'ka-cha! ka-cha!' all whipping 'em around just in case they came in. I looked pretty awesome, I'm not gonna lie. Do you want to see?"

Reporters said they did not want to see, but Swalwell pressed ahead, getting out his nunchucks and giving a full demonstration. "Pow! Wabang! Hiiiiiya!" he cried with every pose as he whirled the nunchaku around in the air. "Take that, Trump! Bam! There goes a rioter. Pow! Right in the MAGA hat!"

He took a bow, though no reporters clapped. When asked where he learned to use the nunchucks, he said his girlfriend showed him, but she goes to another school and you can't meet her.

At publishing time, Swalwell had confirmed that if things got really bad, he was prepared to bust out his bo staff. 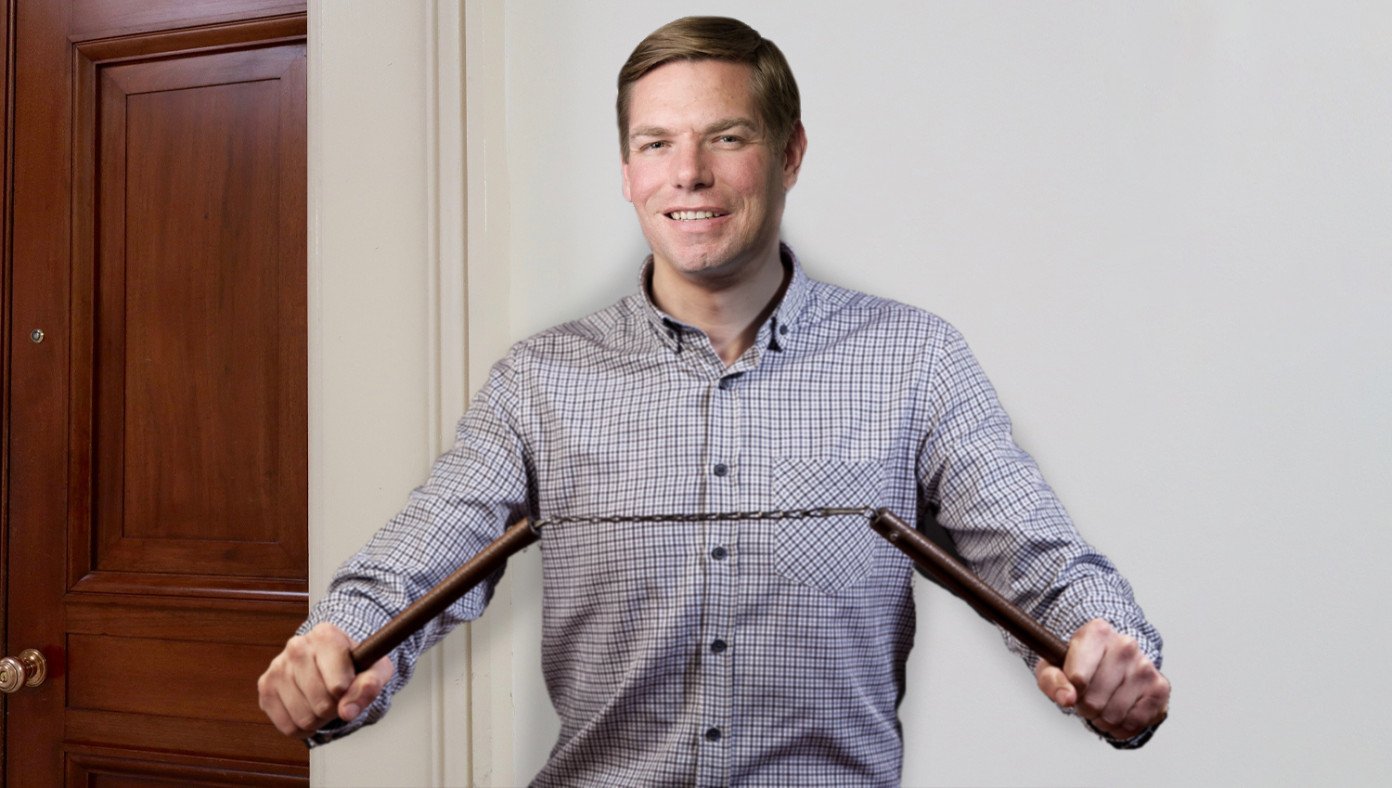