WASHINGTON D.C.—In an extraordinary act of bravery and heroism, a Secret Service agent dove in front of Biden to block a question from a pesky reporter.

As Biden slowly stepped out of his vehicle, a nosy reporter rudely attempted to ask him intrusive questions about things that were none of her business.

"Nooooooooooo!" said agent James Carter as the CBS reporter raised her hand to ask a completely inappropriate question-- possibly about the Middle East, or executive orders. Carter ran up to the president, arms outstretched, and dove through the air to shield the president from the incoming query.

"It's like everything went into slow motion," said Agent Carter. "My training kicked in and I leapt into action. I'm just happy I was able to make a difference."

Carter took the entire force of the blow from the incoming question before collapsing to the ground.

"Hey-- lookie there, they fly now!" said President Biden. "Hey there young man, would you mind not flying in front of me while I exit my vehicle? I have to get to the Oval Office in time for Matlock."

The Secret Service agent sustained minor injuries but is grateful to have saved the president from a reporter's unwelcome question. 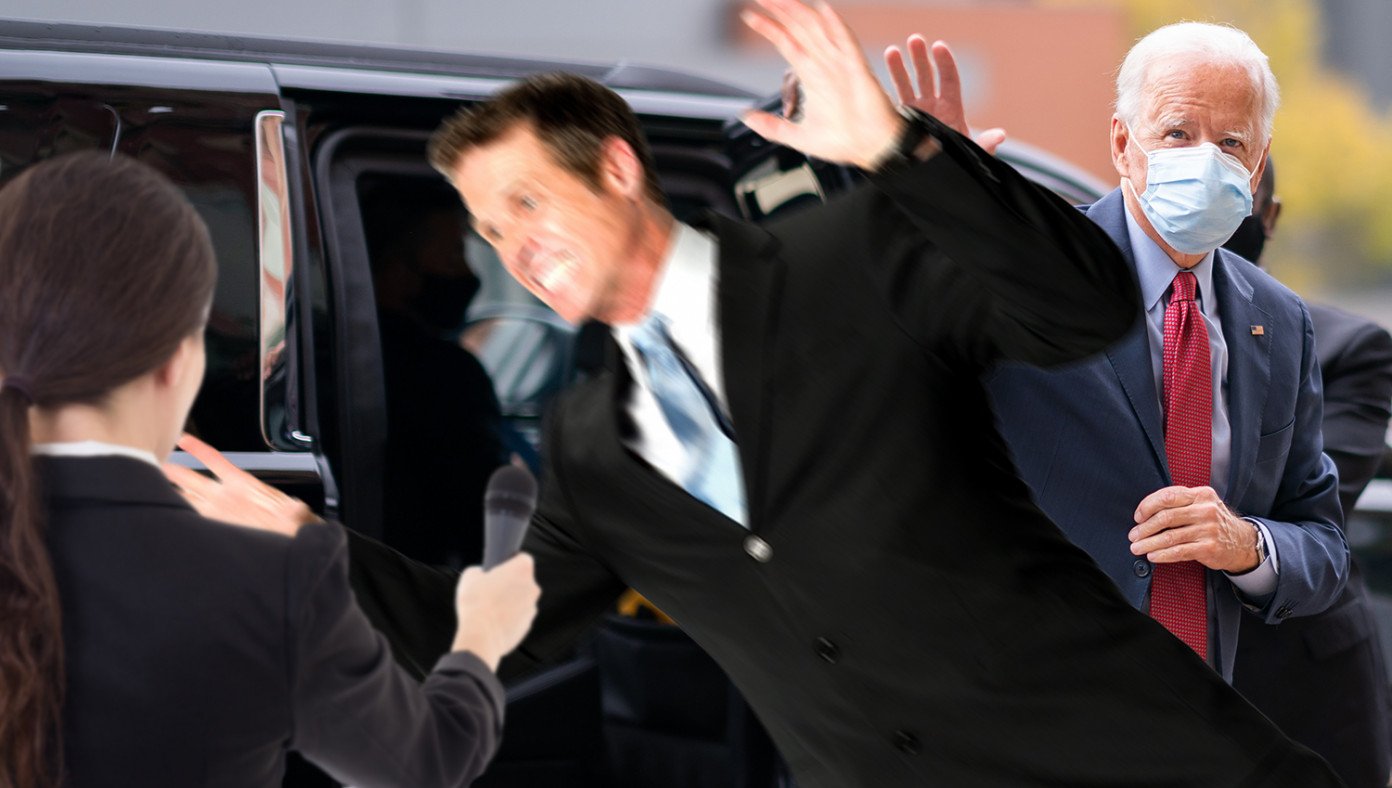