WASHINGTON, D.C.—After March 4th came and went with no right-wing violence at the U.S. Capitol, leftist conspiracy theorists are still expressing faith that the prophesied violence from Trump supporters will happen any day now.

"The end is near! The end is near!" chanted one crazy conspiracy theorist as he paced in front of the Capitol fence with a wooden sign. "QAnon is coming! They will descend upon the Capitol in 40 days unless Americans repent for questioning the spotless integrity of the election!"

"It is a deranged conspiracy theory to think that Trump terrorists won't storm the Capitol again any day now," said Jake Tapper, another well-known conspiracy theorist, and part-time satirist. "We must be prepared. We must repent."

According to experts, scientists, and expert scientists, the prophecy of further QAnon violence is an indisputable scientific fact. "We calculated the first date wrong, but we know it will be happening soon," said Garv Donglebuttz, a scientist.

"If you deny the prophecy," he continued, "you must be canceled. FLY FROM THE WRATH TO COME!" 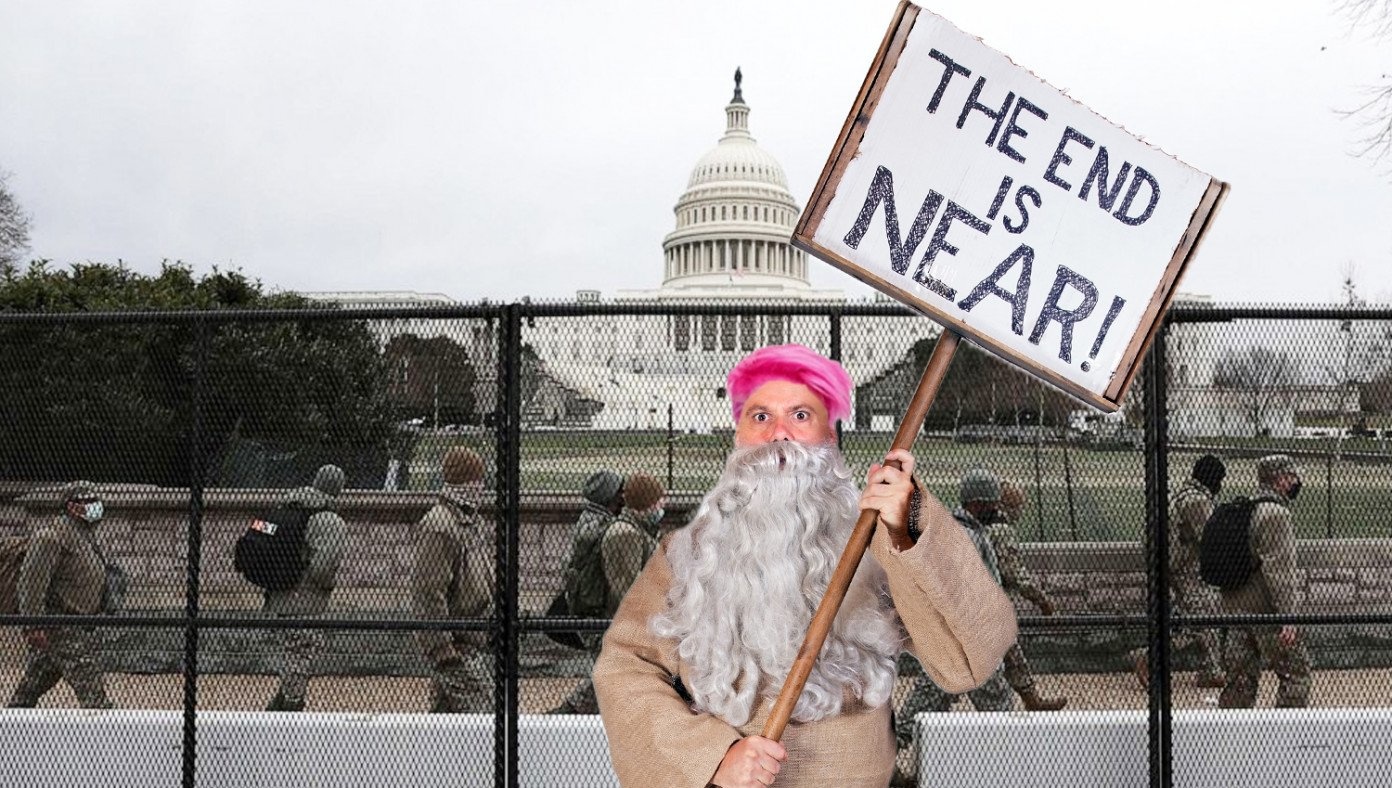 38 minutes ago
'Doctor Who' Ratings Saved As The Doctor Regenerates Into Dr. Jordan Peterson