WASHINGTON, D.C.—A lowly peasant approached the great throne of King Joe Biden this morning, asking for permission to celebrate Independence Day this year. One in a long line of peasants with requests ranging from permission to hug their grandma to more outlandish inquiries, like whether they can open their businesses and earn a living, the lowly American subject approached with his head bowed to offer his humble request.

"O Great King Biden, may we have permission to celebrate our freedom from tyranny this year?" the man began nervously. "Me and the other peasants have had a difficult harvest this year, and we simply wish for one evening of barbecuing and shooting off a few fireworks to commemorate the overthrowing of King George and the establishment of our land as a free nation."

Biden thought for a moment, his eyes closed in deep concentration. Finally, after a few minutes, it became clear he was sleeping. He was nudged awake by one of his servants. "Huh? What? What's this peasant want?" He was informed of the peasant's request to celebrate July 4.

After a moment's consideration, and possibly dozing off again, he solemnly gave the thumbs-down sign, and the peasant was thrown into a bottomless pit.

"If they wanted to celebrate Independence Day, they really should have thought about that before they became peasants!" 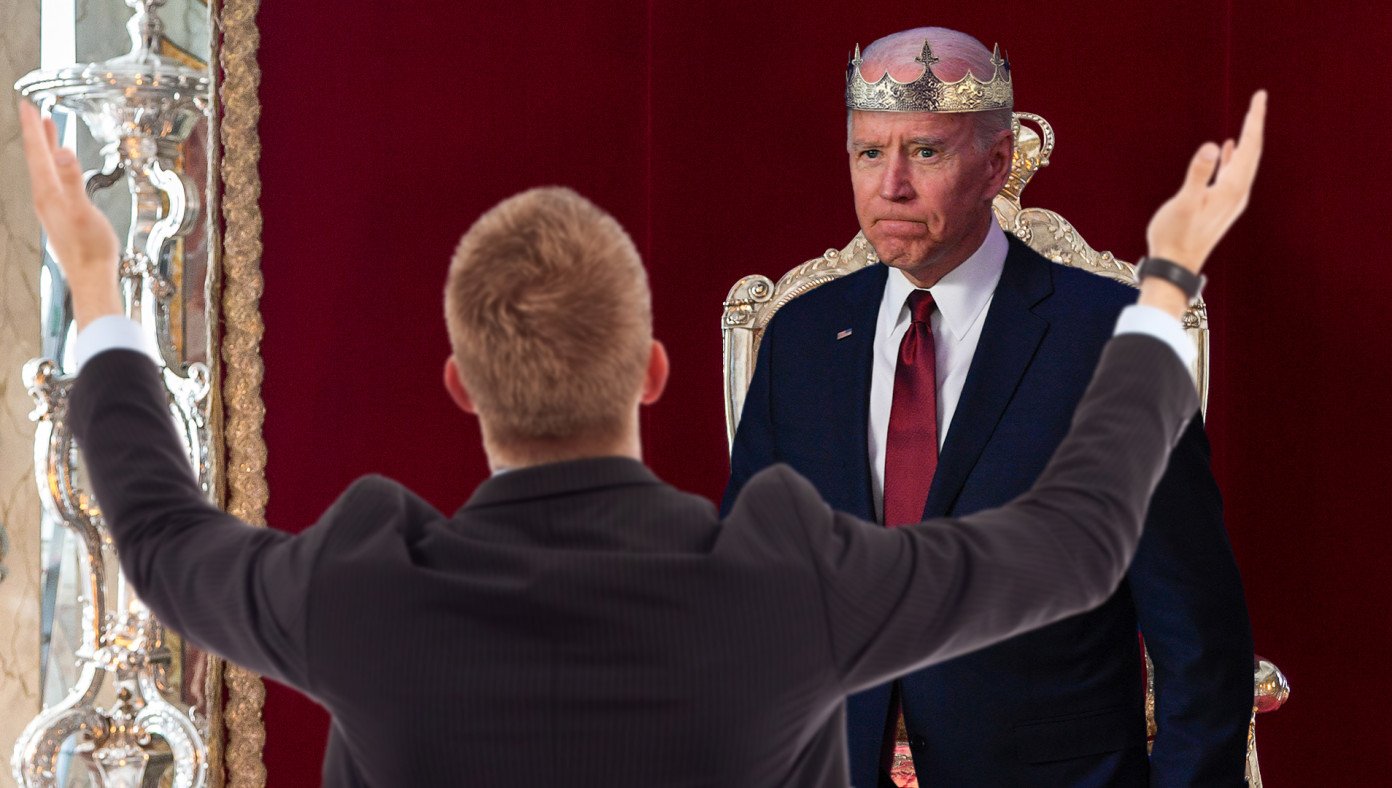