March 19, 2021
9 Disasters From History That Were Actually Motivated By White Supremacy

Every time something bad happens, we start thinking, "What was the real motivation here? Was this just a terrible tragedy, or was it really... [dramatic pause] ... WHITE SUPREMACY?" The answer of course, is almost always white supremacy, but we still have to ask.

Here are nine disasters from history that were actually motivated by white supremacy:

2. The sinking of the Titanic - Just when we thought the white ice was defeated, white supremacy sunk the Titanic, killing 1,500 people.

3. That time the Starbucks barista got your order wrong - When you asked for skim milk and they gave you 2%, that was a clear example of white supremacy at work.

5. The Eruption of Mount Vesuvius - A lot of people died, so probably white supremacy.

6. The Fukushima nuclear disaster - An anti-Asian hate crime motivated by white supremacy if ever we've seen one.

7. That game of Catan where your friend played as white and totally jacked Longest Road from you and hatefully colonized Catan, oppressing the natives and getting ten victory points before you. - Your orange colony of color was just minding its own business when your buddy ruthlessly oppressed you.

What other disasters do you know of that were motivated by white supremacy? Let us know in the comments if you have a Babylon Bee subscription. Or, if you're poor, just shout at your screen. 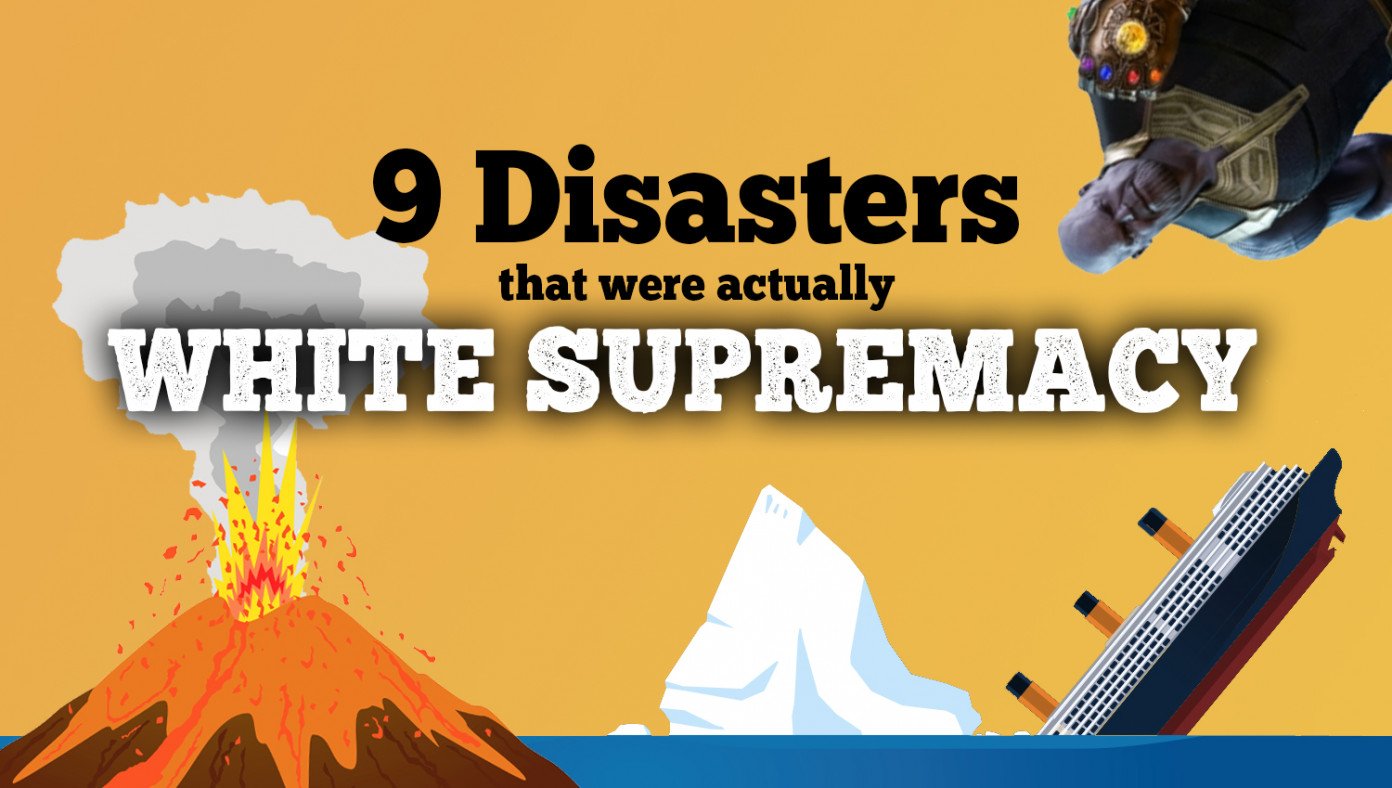