U.S.—A new Snyder Cut of the Holy Bible will contain over 47 deleted scenes, sources confirmed Friday. Edited and re-cut by Hollywood director Zack Snyder himself, the book will give a fresh new look.

"You asked for it, and now it's here: the Bible as Zack Snyder always intended it to be read," said a spokesperson for the publisher. "Snyder has a visionary take on the Scriptures, and it's a shame that we've always only had the edited, corporate take on the Bible that the church wanted us to see."

"Now, for the first time, you'll get the full story."

Some of the new changes and scenes in this version include the following:

A scene where Paul and Peter realize both their mothers' names are Martha
40 hours of content on Melchizedek, whose backstory was originally cut for space constraints
A slow-motion action sequence where Joshua and the Israelites battle the Canaanites shirtless and scream out things like "TONIGHT, WE DINE IN HEAVEN!"
Jesus's mustache has been digitally edited out
A brooding Jesus battles Satan across a cityscape and they accidentally do billions in property damage
In place of the battle of Jericho, scantily clad girls battle robotic Samurai to the death
The white paper has been replaced with a grittier dark-grey tone.
All action sequences will be in ultra-slow-motion, from the parting of the Red Sea to the Battle of Armageddon
Lucifer's origin story has been fleshed out in a lengthy 3-book tale
The Snyder Cut of the Bible is available now. 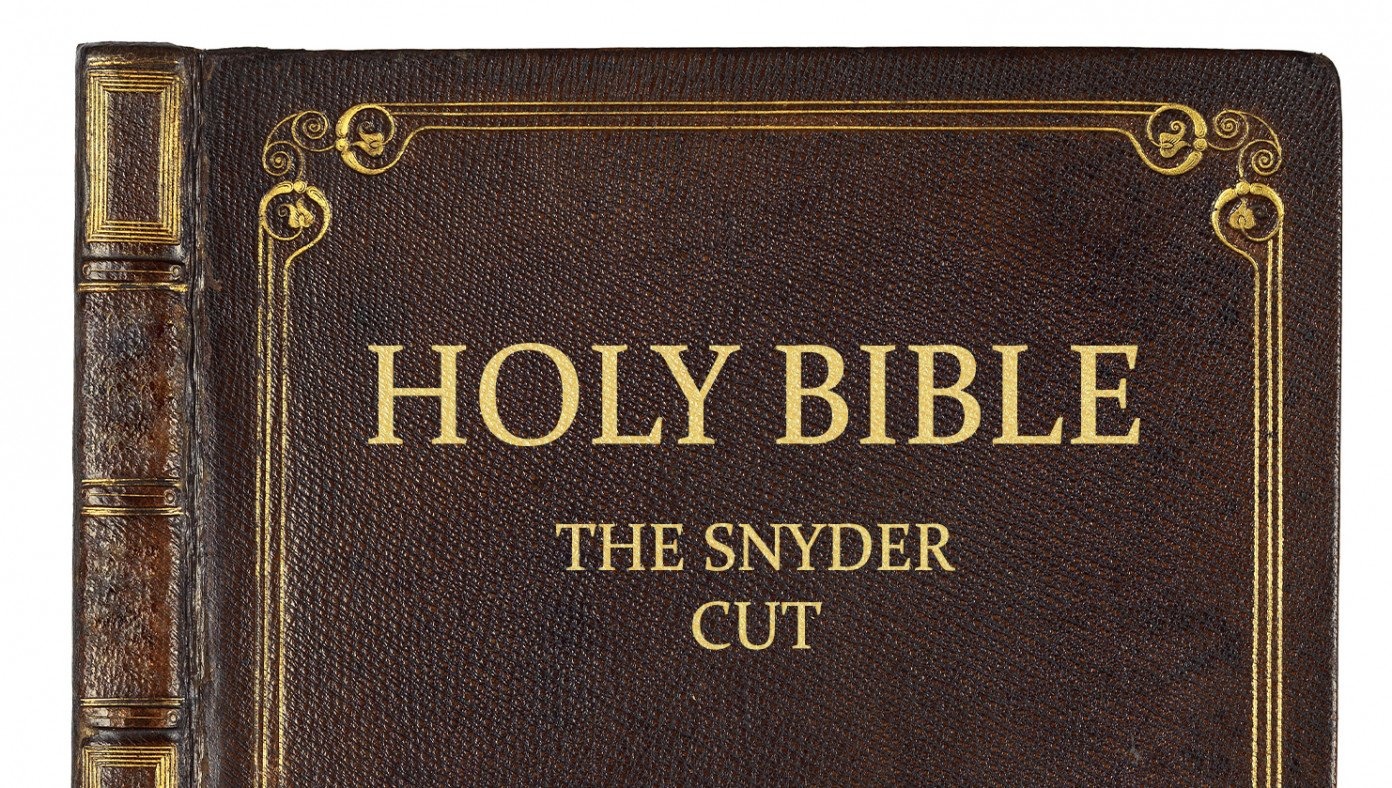