Press members in attendance also noted that the plane taxied off the runway before stopping in a handicap space in the parking lot. President Biden eventually exited the plane via a hydraulic lift rather than the traditional staircase.

White House press secretary Jen Psaki was asked if the new parking permit had anything to do with the President’s recent fall on the stairs of Air Force One.
“Absolutely not," Psaki said. “The President slipped because he was hit with a hurricane-force wind burst caused by global warming. There was also some, uh, fried chicken grease left over from the Trump administration that made the steps extra slippery.”

Psaki said the addition of the handicap parking pass was actually due to Biden’s exceptional physical condition. “President Biden is so fit and virile, his staff has trouble keeping up with him,” Psaki explained. “Using a lift slows him down a bit so his security detail has time to catch up.”

Psaki then noted that the President was given a precautionary physical after his fall and has been given a clean bill of health. “The President is in peak physical and mental health,” she said. “He will have no issues discharging the duties of his office for the remaining 3.5 months of his term.” 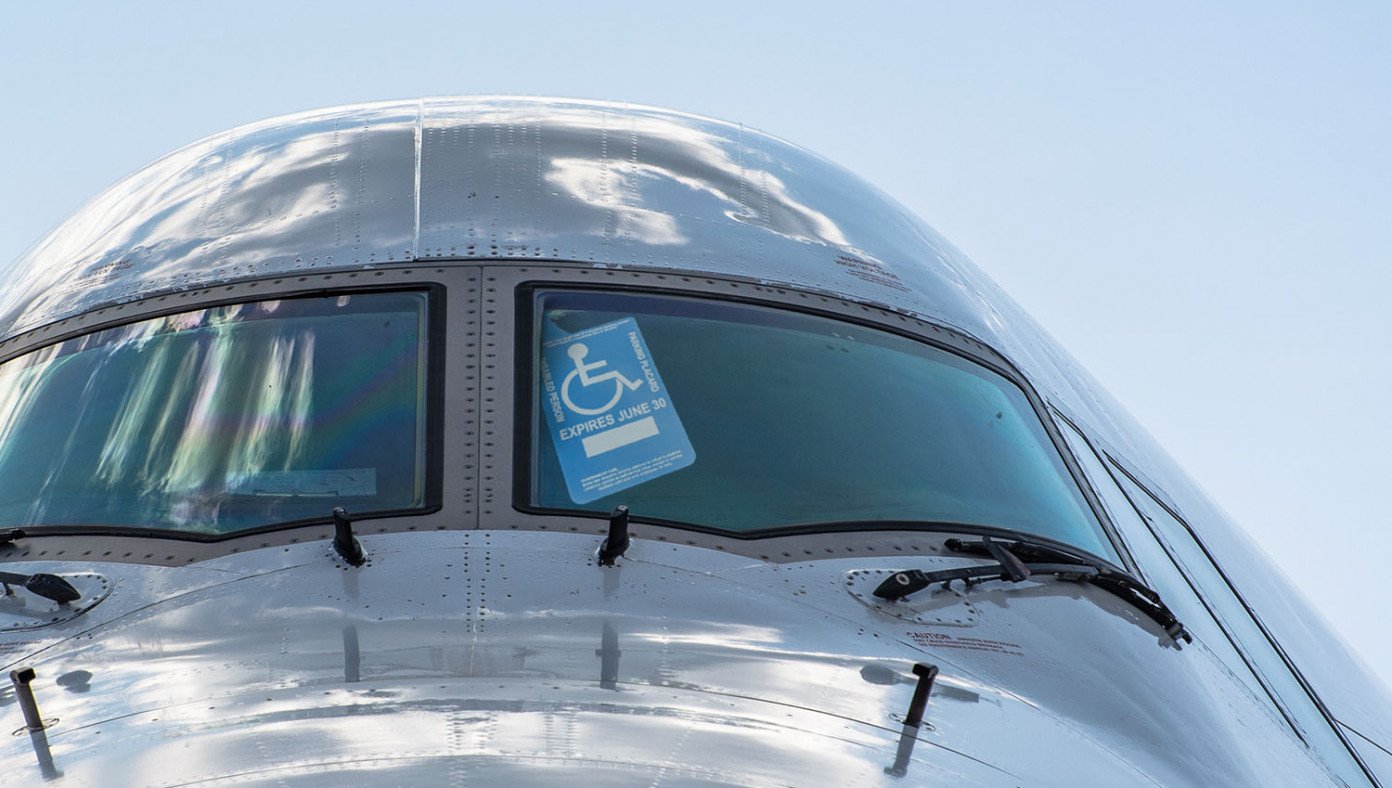