SAN ANTONIO, TX—The wax figure of the 45th president of the United States was removed from display at Louis Tussaud's Waxworks as a result of loyal supporters praying in humble supplication at its feet.

“Our museum is just not set up for masses of faithful Trump supporters lying prostrate through these halls in holy reverie,” said Merideth Smatulia-Gobb, a spokeswoman for the Texas museum. “We knew something had to be done when patrons attempted to melt the figures of Kim Jong Un and Vladimir Putin on a makeshift altar in front of Trump’s noble figure.”

When asked if this sort of thing happened to other political wax figures, Smatulia-Gobb insisted this situation was rare, aside from Barack Obama being banned after continually trying to kiss his own wax figure. She added that millennials and college students often left the museum disappointed after learning there was no exhibit of Chairman Mao.

The museum hoped to fill the void caused by the removal of Trump’s figure by retrieving their wax replica of President Biden which had been on loan since January 21. But the White House said it was being put to good use, and they would like it for a few more weeks.

After hearing the sad news of the wax figure’s removal, Donald J. Trump volunteered to stand in-person on display until the museum could find a way to safely return the figure for public worship. 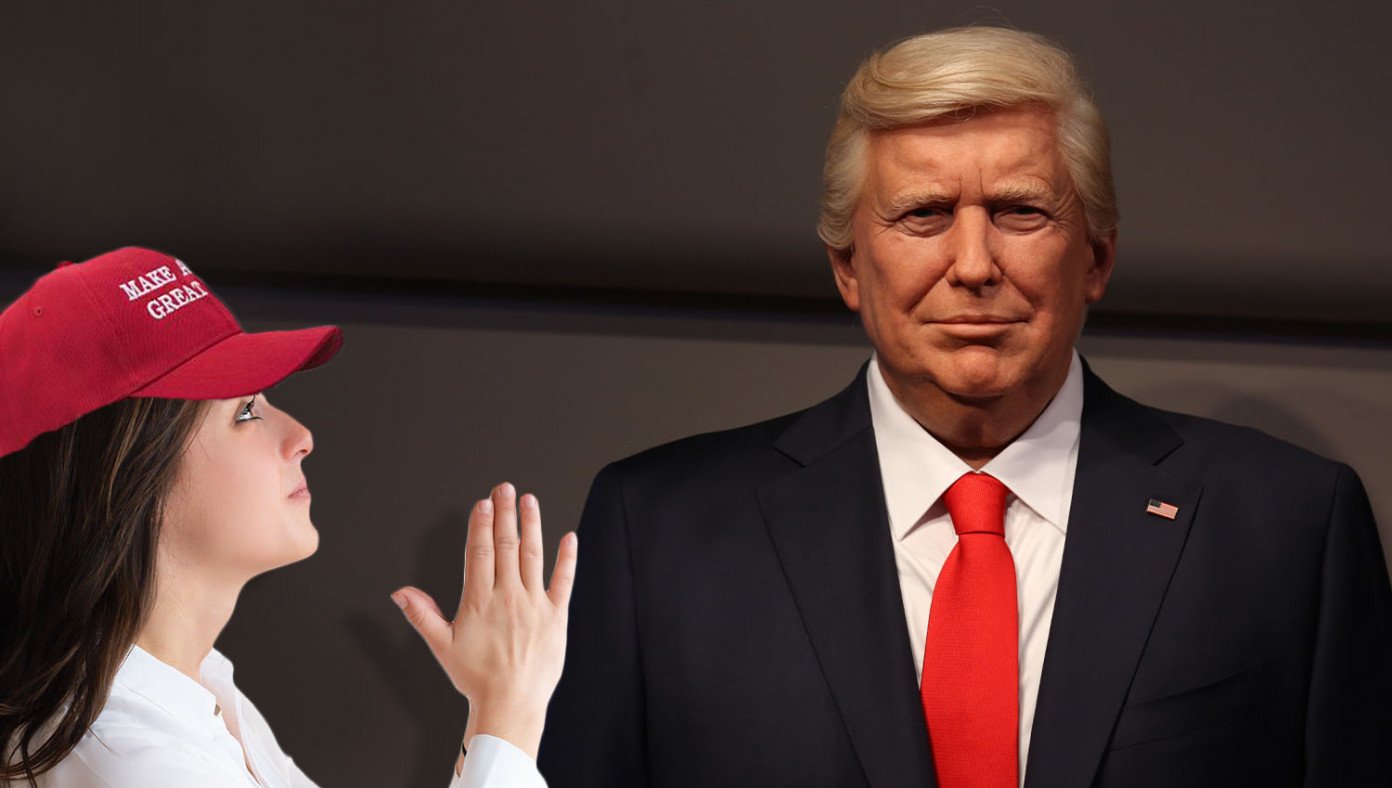