BOULDER, CO—After 24 hours lamenting the scourge of white supremacy in America, new details revealed that an evil mass shooter was Arab. The media was able to retain their narrative, however, when further details emerged that in spite of being Arab, the shooter was morally white.

"The mass shooter was morally white," said one CNN anchor. "This clearly shows that white supremacy is still the enemy here. Whiteness is a flexible thing that can mean whatever soulless political opportunists like us want it to mean, whenever we need it to! Did I say that out loud? Wait-- um, er, I mean... wow, such a tragedy."

The media is confident that even if the white supremacy narrative backfires, they will still be able to exploit an unspeakable human tragedy to roll out their standard gun-control narrative.

"Yeah, either way, we'll get some good political mileage out of this," said another media figure, who is factually human, but morally a pale, carp-like fish that lives in the murky depths of a polluted river. "That's what bottom feeders, er-- I mean courageous journalists like us do best!" 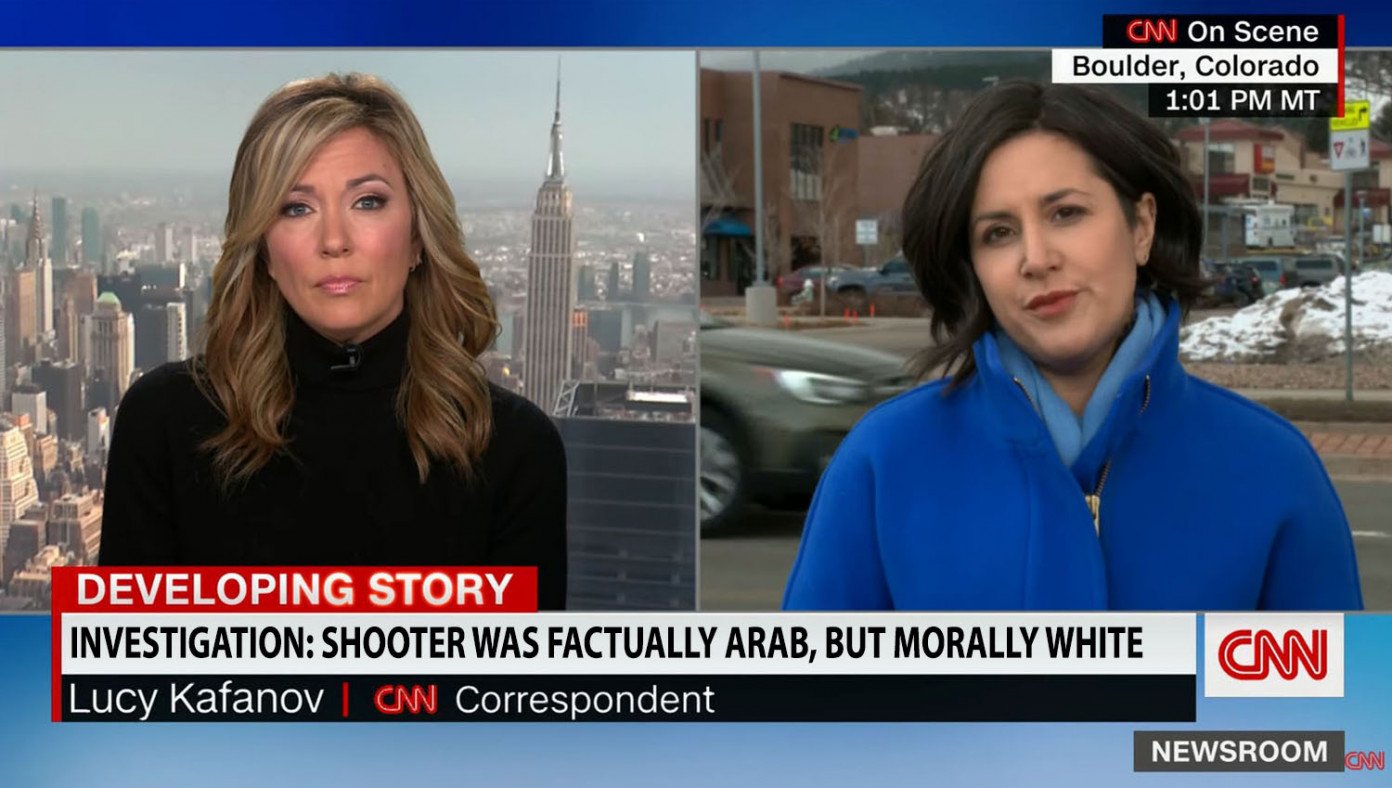