U.S.—American voters expressed concern for President Biden's health this week after a viral video showed him tumbling down the stairs, off a cliff, and into a pit full of alligators.

"Woah-- these stairs weren't here before! Wooahhh!" exclaimed Biden before tumbling for several minutes across the ground, through the air, and into a pool full of the deadly beasts.

"Don't worry," said a New York Times report later that day. "The President is 100% fine. He even might be 120% or even 130% fine, according to his team of doctors. His recovery can likely be attributed to his generous smile and big heart."

Jen Psaki later clarified that Biden had simply staged the elaborate stunt as a show of his vigorous strength to world leaders like Putin and Kim Jong-un. "He is totally alive with all of his limbs and has not been eaten," said the Press Secretary. "He is definitely the most healthy and alive president ever," she said, reassuring the public.

The White House later showed proof of Biden's incredible health via a totally real and pre-recorded tape of Biden snowboarding. 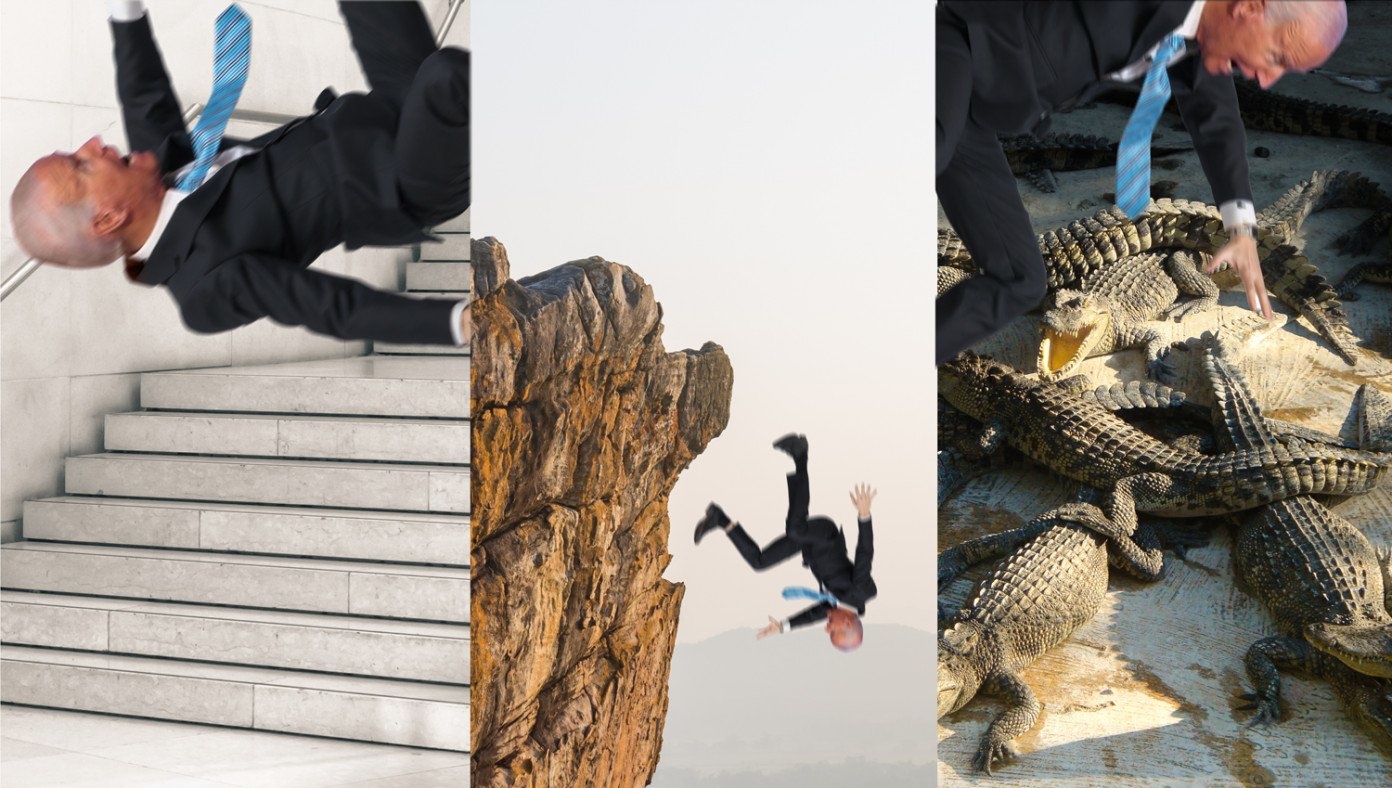