U.S.—In a controversial new episode of Sesame Street, the puppets try to teach kids about social justice and inequality by having Elmo join Antifa and torch some local businesses.

Clad in a black mask and a Che Guevara T-shirt, Elmo is recruited by the local Antifa chapter. After being brainwashed by the violent protesters, he is sent out to torch cop cars, burn down businesses, and throw bricks at passersby wearing red hats. As he violently attacks those who disagree with him politically, Elmo teaches the kids at home about justice.

"Elmo will burn down this black-owned business. Elmo loves throwing Molotov cocktails! Elmo is so happy!" the Muppet says. "Eat the rich! Haha! Elmo loves you! Unless you disagree politically. Then, Elmo hopes you die! Haha!"

"OK, everyone, remember: brutally attack those who disagree. Elmo loves you, bye-bye!"

The new entry in the Sesame Street series also features a subplot where the Cookie Monster learns to be body-positive despite having diabetes and one where the Count is canceled after his old tweets reveal he believes in math, which is a white supremacist dog whistle.

Bert and Ernie also get married at the end of the episode.

The episode also features the Sesame Street characters singing along with fan favorites like "Q is for Q Anon," "Somebody Come and Attack a Cop with Me," and "One of These Things Is Not Like the Others (So Let's Attack It For Being Different)." 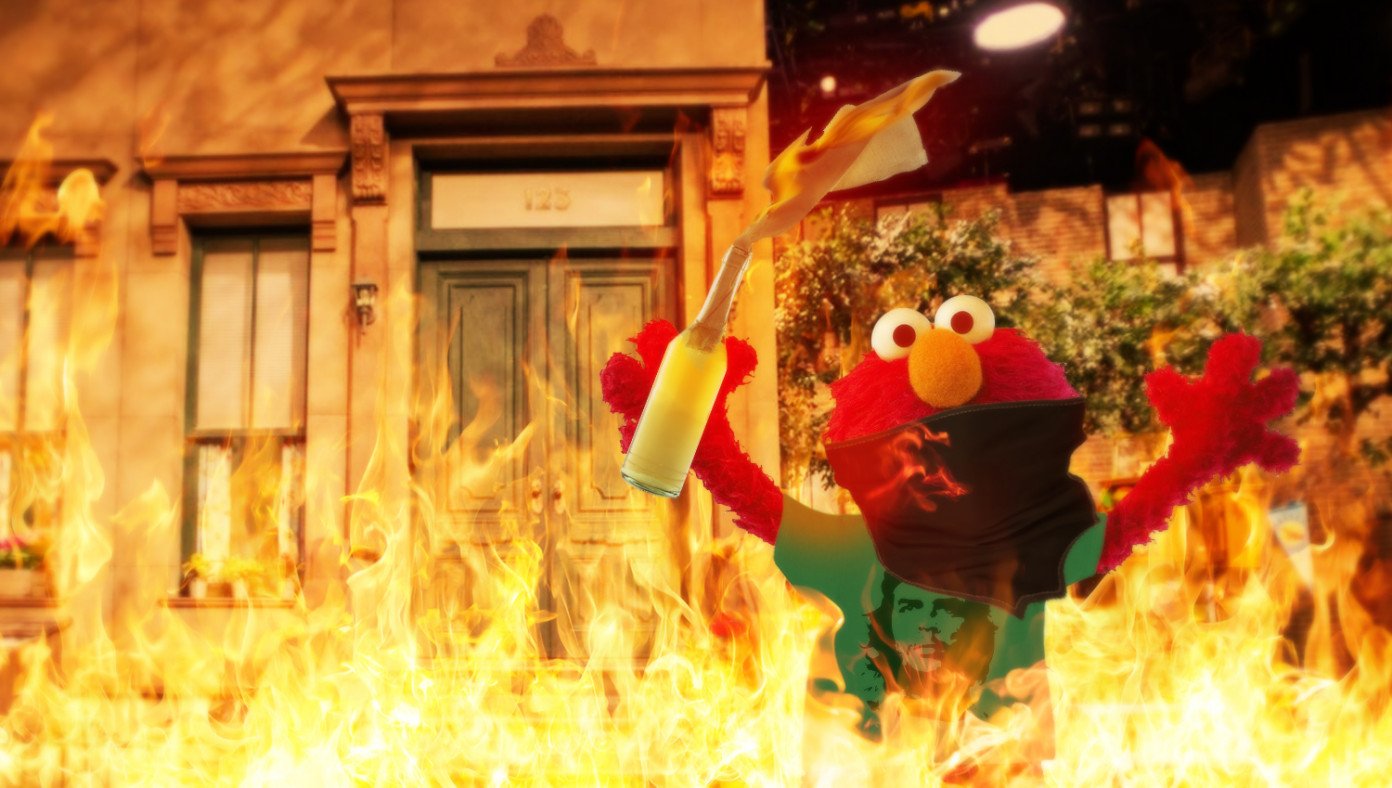 15 minutes ago
'Doctor Who' Ratings Saved As The Doctor Regenerates Into Dr. Jordan Peterson