MARS—Bernie Sanders recently attacked Elon Musk for wanting to spread man's enlightened conscious souls among the stars. While Musk admitted he might have been high when he wrote that tweet, he extended an olive branch to the Vermont senator, offering to build him a fourth house on Mars.

Sanders quickly reversed positions on space travel, saying colonizing Mars is "absolutely essential" and "an important part of fighting for equality here on Earth." He walked back his comments calling Elon Musk a greedy, self-centered man for having so much money and wanting to waste it all on weird tunnels, sending cars to space, and researching dank memes.

"Space travel, actually, is fantastic," Sanders said as Musk gave him a tour of the modest three-story bungalow in space. "We must continue to explore the stars if we are going to end capitalism and implement socialism throughout the galaxy. Elon Musk is not such a bad guy, after all. Yes, he's a billionaire -- but it's really the trillionaires who are the problem."

As a nice added touch, Musk even built out a special room with portraits of Bernie Sanders's favorite brutal dictators from history hanging on the walls, so he could enjoy the murky Martian sunrise every day while meditating on the life and works of Mao, Pol Pot, and Stalin.

At publishing time, Sanders had been quick to clarify that anyone with two homes on Mars was a greedy capitalist. 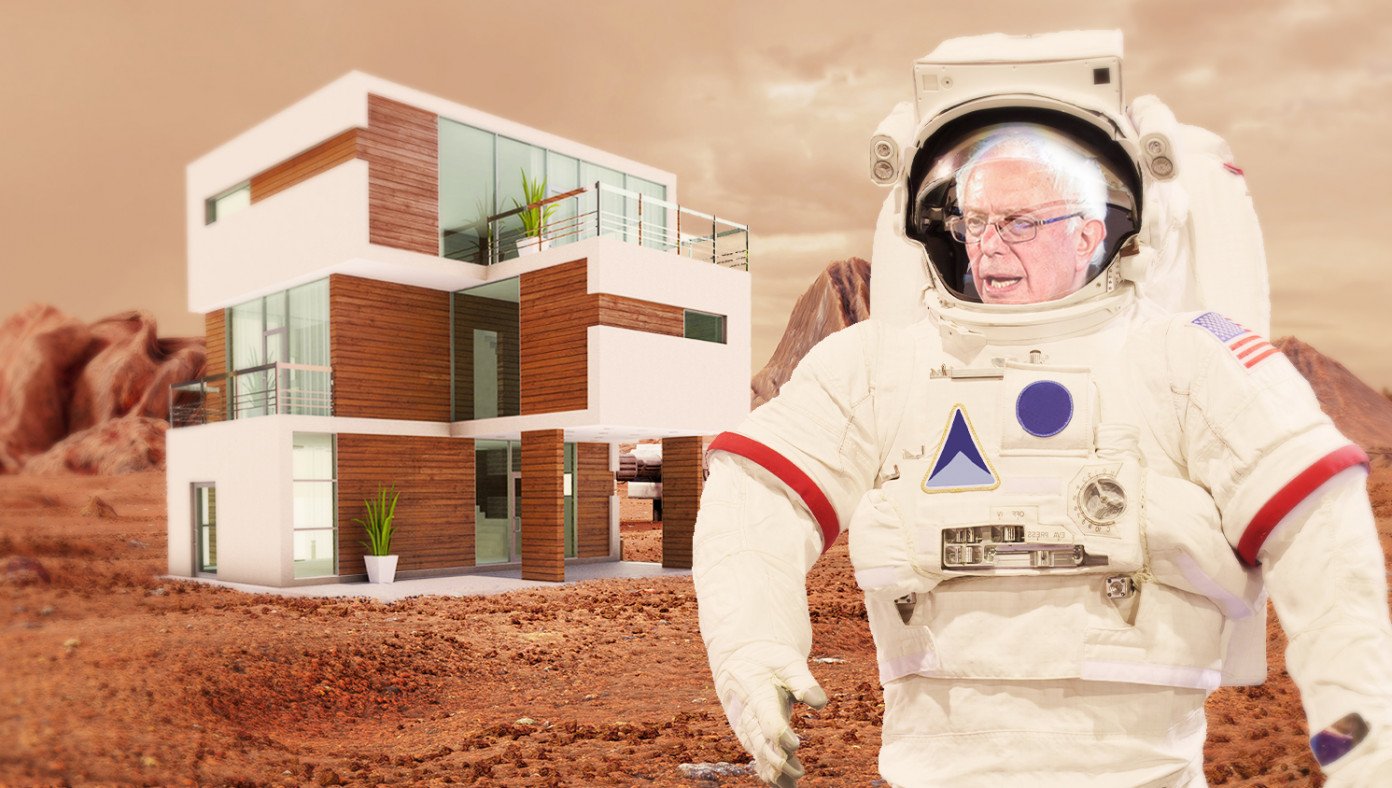