EGYPT—When massive shipping container vessel the Ever Given got stuck, authorities had no idea how they were going to free it and get traffic moving through the Suez Canal again. But then one of them had a great idea: he called a Chick-fil-A location in America to ask if they'd loan them a few drive-thru workers.

"Sure, it'd be our pleasure," said the manager of the Chick-fil-A as he motioned for his drive-thru workers to get a move on. The employees sprinted to the airport and jumped on the next plane bound for Egypt. When they arrived, they rushed to tame some wild camels and took them across the desert to the location of the blockage.

"Hi! How can we help you today?" said Kyle Barton, drive-thru manager, as he arrived. "Oh, golly gee! It looks like ya got stuck there! We're on it!" The Chick-fil-A workers got to work, humming praise songs as they went, and got the ship unstuck in no time. Then, they worked with Suez Canal authorities to streamline the process of moving ships through the canal, identifying hundreds of inefficiencies and ways to improve the customer experience of shipping containers through the important trade route.

Now, according to sources, every ship captain and crew member will receive a complimentary chicken sandwich, large waffle fry, and frozen lemonade at the end of the journey.

"It's my pleasure," said Barton as he whistled for his crew and they took off back to America to solve the national debt crisis. 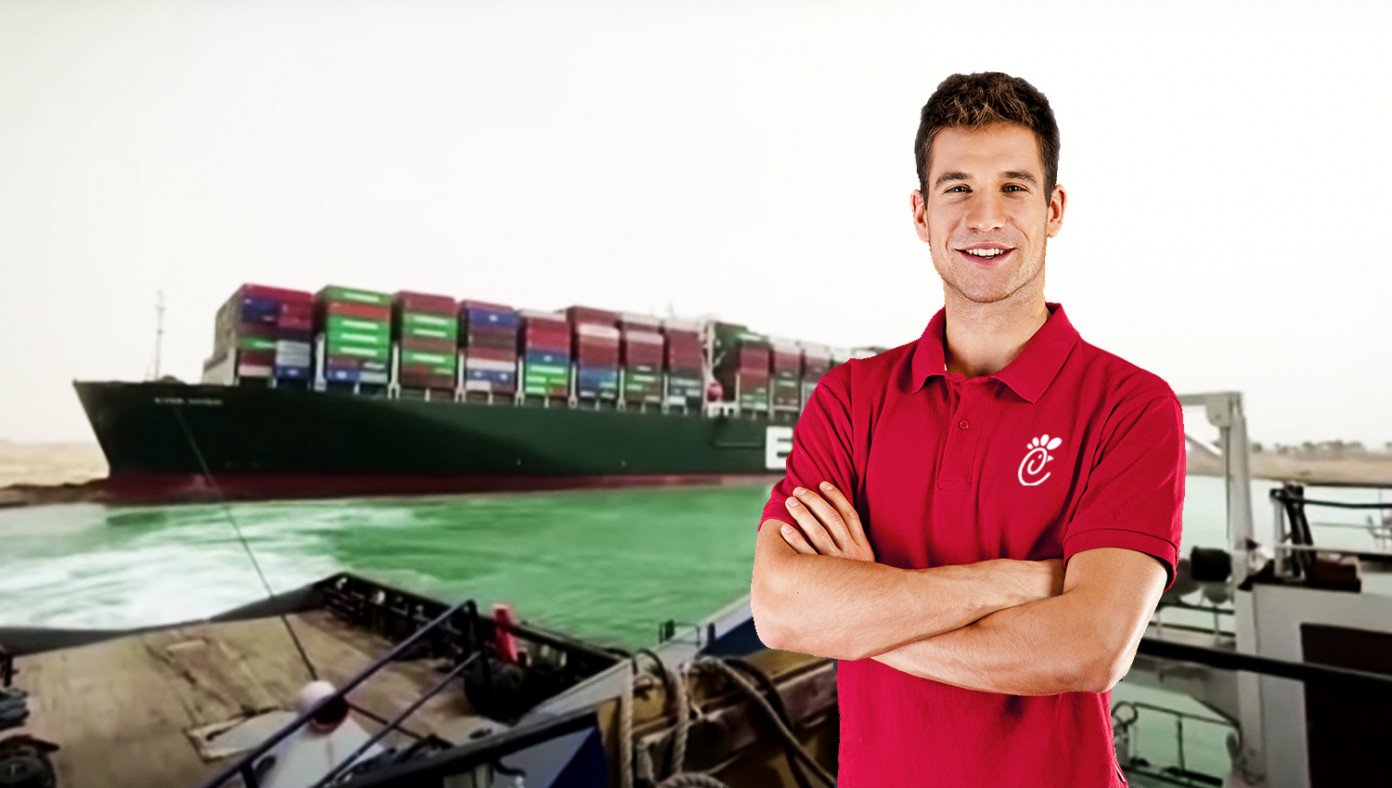