March 31, 2021
Hollywood Screenwriter Unsure How To Inject Woke Politics Into Movie About A Giant Monkey Punching A Giant Lizard

LOS ANGELES, CA—Albert Scott is a Hollywood screenwriter, and as someone with important influence on the American public, it’s his job to inject woke politics into blockbuster movies, completely ruining the movie-watching experience for people who watch a movie just to forget about the world for a little bit. But the latest movie he’s working on has given him some trouble.

“The movie is about a giant monkey fighting a giant lizard,” explained Scott. “I’m really stumped on how to get anything about structural racism in here at all. I mean, they’re just picking up buildings and hitting each other with them -- I don’t know what to do with this.”

In the olden days, Scott would have been happy to put some basic liberal politics in the movie by using Godzilla for an anti-nuclear message, but that doesn’t meet the larger demands of progressive politics these days. “It’s like ... can I make one of them trans, and that’s why people are so scared of them? Does that make any sense?”

Scott is used to woke messaging completely grinding a movie to a halt, but due to his integrity as a screenwriter, he at least wants it to be somewhat organic. “Maybe it can be revealed that Godzilla can talk, and then he gives a lecture on whiteness.” Scott thought about it some more. “No one is going to stand there listening to that when buildings are collapsing around them!” Scott fell onto his desk in defeat. “This movie is too awesome for me to ruin!” 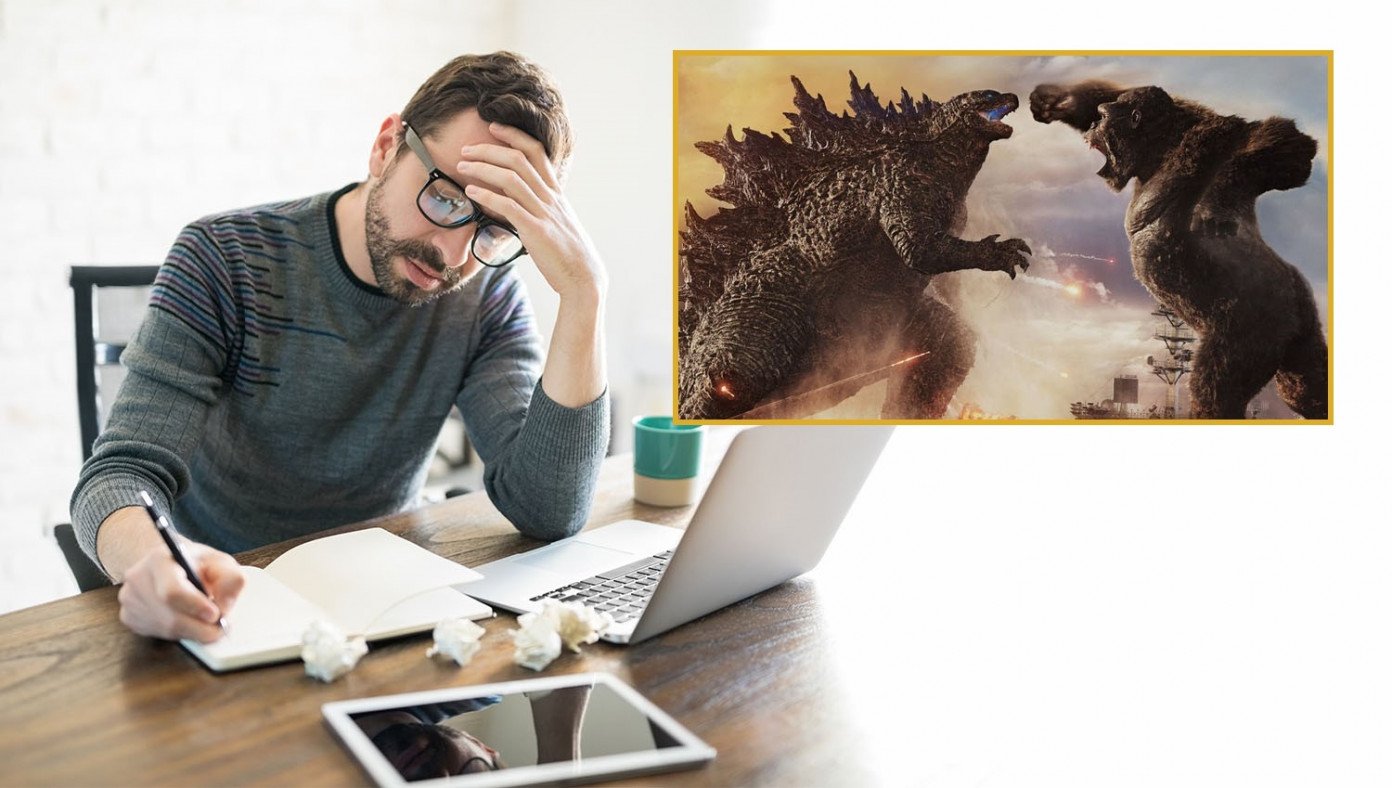