ATLANTA, GA—Georgia has hung up signs at all entrances to the state reading "Welcome to Beijing," cleverly disguising the state as the capital of Communist China. The ploy was designed to trick liberal companies threatening to boycott into staying and doing business in the state.

"It's a brilliant plan, if I do say so myself," said Georgia Governor Brian Kemp as he nailed another Beijing sign atop a "Welcome to Georgia" sign along the interstate. "When these Hollywood companies, airlines, and baseball leagues see that we're actually just the capital of a country that throws its citizens into concentration camps, murders journalists, and oppresses women and children, they'll love doing business here."

The move has already proven successful, with Hollywood movie studios stumbling over themselves to do business in the state. The filming of the live-action version of Mulan 2 will begin shortly near Atlanta, which Governor Kemp has disguised with fake prison camps so Disney won't be the wiser.

Major League Baseball has confirmed the All-Star game will be held in the new "Beijing" as well, having moved it out of the hateful state of Georgia and into this utopian wonderland where elections are always 100% equitable, with each vote counting exactly as much as every other vote. 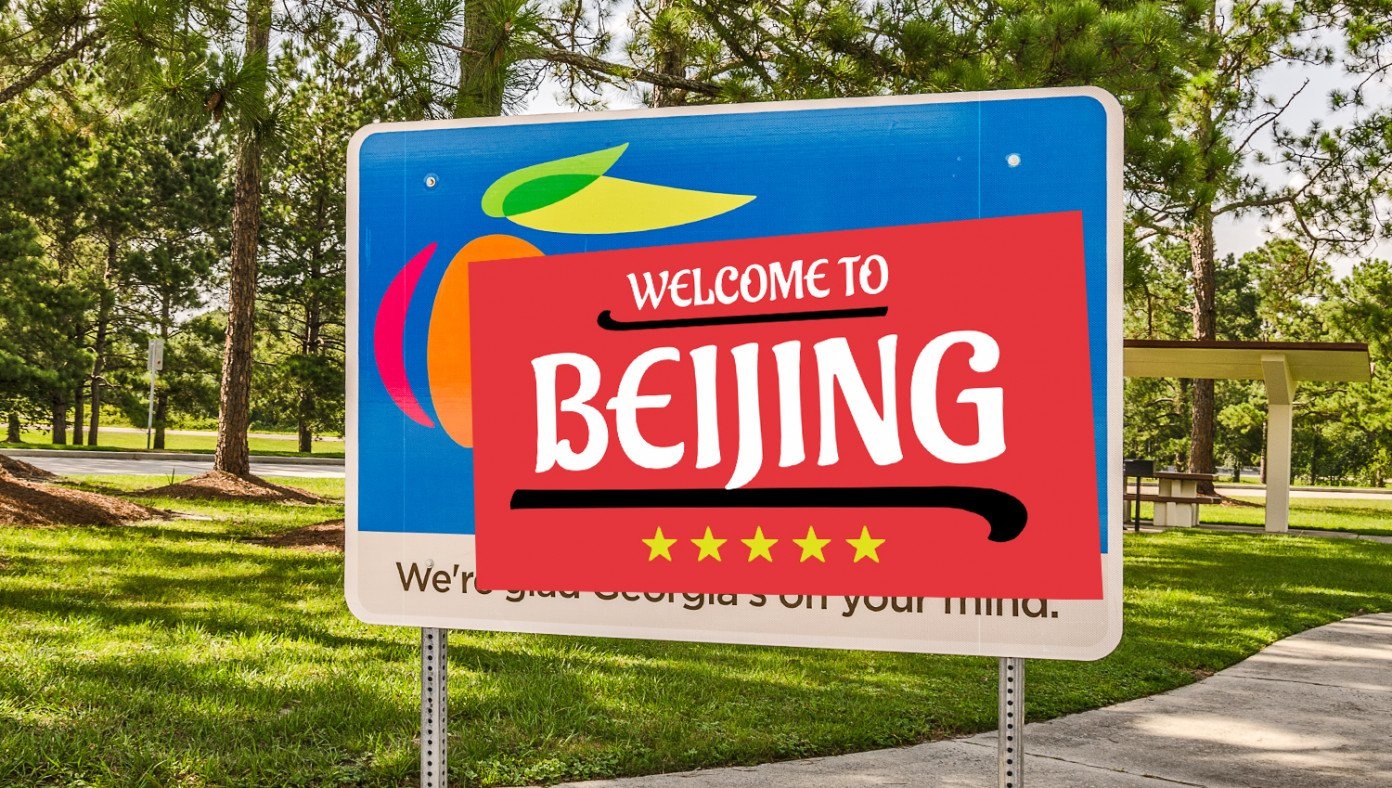